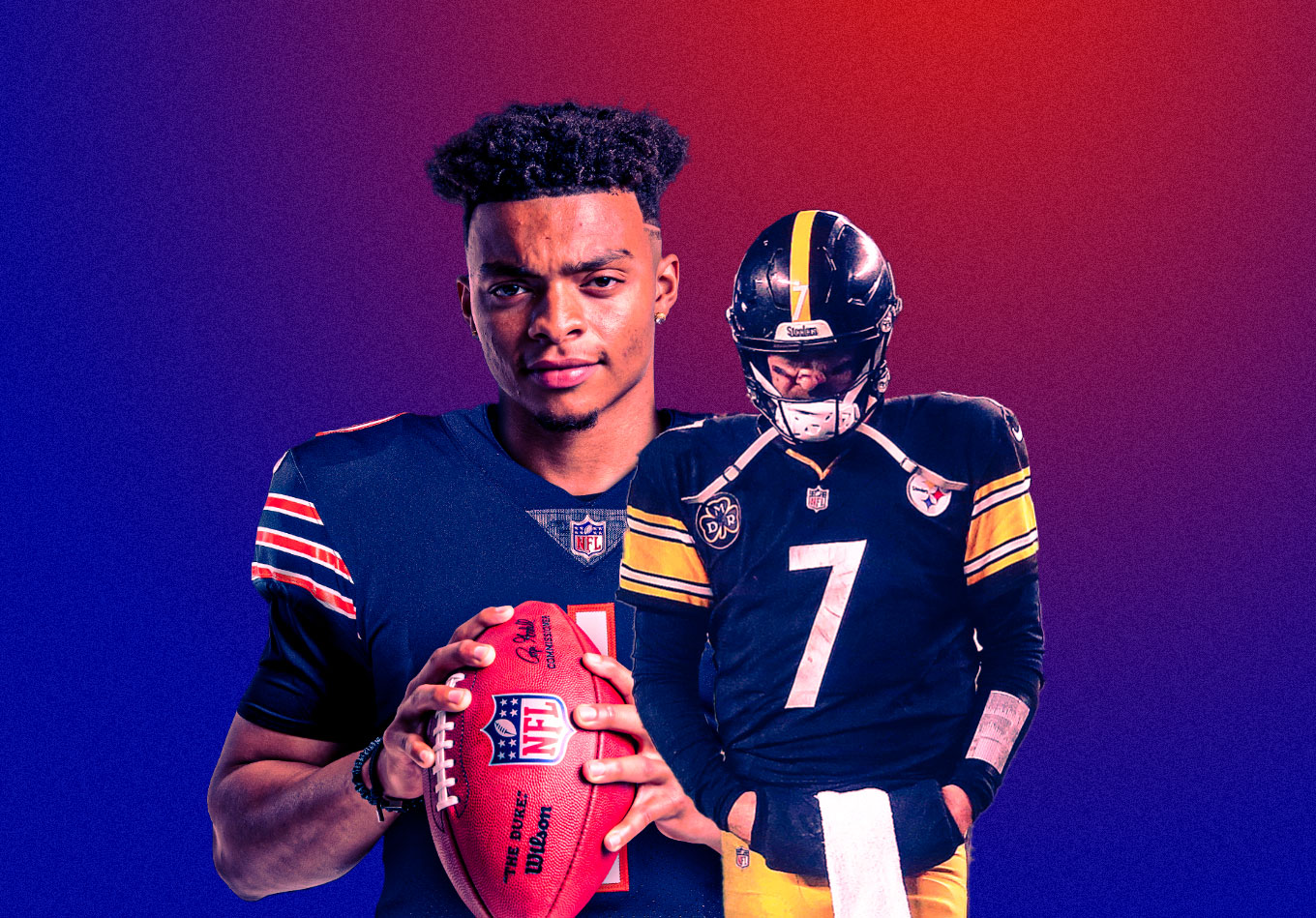 Who’s Feeling Good and Not so Good in the Wake of the NFL Draft?

Now that the initial excitement of the event has subsided, we examine how things are looking for those who had a vested interest in what might have been the most important NFL draft in quite some time.

Judging draft picks in the immediate aftermath of their selection can be a foolhardy endeavor, as the success of rookies that enter the league depends on several factors including situation, opportunity and luck.

While it is tough to dole out grades for players who have not even hit the practice field for their new teams, it is possible to assess the totality of a franchise’s moves in a draft and determine who has been impacted positively and negatively by those player selections.

In a draft dominated by a historic level of talent at the position, it’s the teams that made changes at quarterback that will likely have the most significant influence on the league.

After five quarterbacks went in the first round, here’s who should be feeling good – and not so good – following a draft that could be remembered as one of the most important in NFL history.

Who knows whether the Justin Fields-era in Chicago will be a success? The weight of history surrounding Bears quarterbacks suggests it has a very good chance of being a failure.

But by trading up to land the Ohio State quarterback instead of committing to a year of purgatory with Andy Dalton, the Bears ensured they should be significantly more watchable in 2021, assuming post-draft talk about wanting to sit Fields behind Dalton proves false.

Fields is an exciting downfield passer who averaged 10.1 air yards per attempt in his 2020 college season. It is an imperfect comparison given the difference in the level of competition, but the two Bears starters in 2019, Mitchell Trubisky (7.9) and Nick Foles (7.9), each averaged under eight air yards per attempt.

His aggressive style should mesh well with No. 1 receiver Allen Robinson, who was fifth in the NFL with 908 of his receiving yards coming at the point of reception.

Fields will also have the benefit of improved protection from a nasty offensive tackle. Second-round pick Teven Jenkins had a 2.9 pressure allowed percentage in 2020, ranking third among tackles with at least 100 pass protection snaps. The top tackle in that regard was Missouri’s Larry Borom (1.8), whom Chicago drafted in the fifth round.

Chicago also further helped Fields’ cause by drafting Virginia Tech running back Khalil Herbert, who was second in the Power Five in yards per carry (7.6) among running backs with at least 100 carries and Dazz Newsome, a wideout from North Carolina who was 11th in burn percentage (71.0) among receivers with at least 25 slot targets.

The Bears have been a chore to watch in recent years. It isn’t clear whether the move up for Fields will work and it is debatable whether general manager Ryan Pace should have been allowed to make it given his track record, but there is finally a reason for a passionate fan base to be genuinely excited about the team.

Wilson going second overall to the Jets was no secret, but New York did an excellent job of taking steps to ensure concerns over his one season of elite production against non-Power Five opponents do not prove prescient by surrounding him with talent.

A trade-up for guard Alijah Vera-Tucker raised eyebrows, but his 1.3 pressure allowed percentage in 2019 when playing left guard for USC was the best in the Power Five and suggests he can lock down that spot for the next decade for the Jets.

Wide receiver Elijah Moore brings inside-out versatility and he should have gone in the first round. Instead, the Ole Miss star went 34th overall to the Jets. They’re getting a wideout who led the FBS in receiving yards per game (149.1) last season to team with Denzel Mims, Corey Davis and Jamison Crowder.

Third-round running back Michael Carter will give offensive coordinator Mike LaFleur a versatile skill set to utilize. The North Carolina back led Power Five runners with 100 carries or more in yards per carry (8.0) and yards before contact per rush (5.4) in 2020.

As a receiver, Carter was eighth among those backs who had a minimum of 10 targets in burn yards per target (10.9). He should be able to have a substantial impact in the zone-running scheme the Jets will employ in 2021 and influence the passing game significantly.

Growing pains are to be expected in Wilson’s rookie season in New York, but this was a draft in which the Jets went to great lengths to make his adaptation to the pros as smooth as possible.

Every year, the Baltimore Ravens do an excellent job of letting the draft come to them and reaping the rewards.

In 2020, they stole linebacker Patrick Queen in the back end of the first round. This year, they grabbed arguably the most well-refined receiver in the draft, Minnesota’s Rashod Bateman, with the 27th overall pick.

A truncated 2020 season in which he played just five games following a bout of coronavirus may not have helped Bateman’s stock, but his 2019 tape showed a receiver who can develop into a No. 1 target for Lamar Jackson.

Bateman can excel at all levels of the field and his downfield upside shone through in 2019 when he was open on 70.8% of his targets and his burn yards per target of 16.2 was sixth among all Power Five receivers with at least 50 targets. Henry Ruggs III and Chris Olave were the only players in the same group to produce a superior big-play percentage to Bateman’s 50.4.

The Ravens struggled to produce big plays in 2020 when Jackson (25) had fewer passing plays of 25 yards or more than Teddy Bridgewater (27) and Drew Lock (28).

Bateman has the talent to greatly increase that mark, while the addition of Tylan Wallace, who was eighth among Power Five receivers with a minimum of 50 targets last season with 4.3 burn yards per route, should further boost Jackson’s hopes of bouncing back in 2021.

Baltimore also addressed the interior of the offensive line by drafting Ben Cleveland, whose 2.7 pressure allowed percentage was seventh among Power Five guards last season, in the third round. The combination of these two picks allows Jackson to go into 2021 in an excellent position to take the offense back to 2019 levels when Jackson was the league’s MVP.

In the coming season, Jackson will have much better weapons and should have improved protection. If the Ravens fall short again in 2021, he won’t have room for excuses.

Pittsburgh lost left tackle Alejandro Villanueva and the versatile Matt Feiler in free agency but did nothing to fill either of the voids left by that duo until the third round when it picked up athletic Illinois guard Kendrick Green. Tackle Dan Moore was picked in the fourth round.

Instead, the Steelers spent their first two picks on a running back and a tight end in Alabama’s Najee Harris and Pat Freiermuth of Penn State, stacking the offense with further weapons for Ben Roethlisberger in what will likely be his last season in the NFL.

But, beyond running back, weapons were not the need for the Steelers. Harris is an upgrade in the backfield but he averaged only 2.1 yards after contact per rush last season, below the Power 5 average of 2.2, and typically the offensive line has just as much of an impact on running game production as the back.

A failure to prioritize the trenches could result in Harris struggling to evade defenders that the O-Line has allowed into the backfield. More worryingly for Roethlisberger, the lack of a dependable replacement at left tackle could leave a quarterback who missed 14 games as recently as 2019 open to punishment from opposing pass rushers. Roethlisberger completed 50.7% of his passes when under pressure in 2020, the fifth-worst number of all quarterbacks with at least 100 attempts.

If this is to be his swan song, the Steelers are not setting him up for a successful one.

You could certainly argue that Trevor Lawrence is a winner. He’s the No. 1 overall pick and is set to be paid millions to take his talents to the highest level.

But in terms of the situation he is going into in Jacksonville, the Jaguars did little to help him.

With the 25th pick, they passed up the chance to boost their pass-catching options in favor of drafting his Clemson teammate Travis Etienne. Selecting the running back was a head-scratcher following a 2020 season in which undrafted rookie James Robinson finished the year sixth in yards after contact per attempt (2.3).

Simply put, Etienne was the definition of an unnecessary luxury pick.

Tyson Campbell was a decent value pick at 33rd overall in the second round, but Jaguars general manager Trent Baalke, who developed a reputation during his time running the San Francisco 49ers for taking ill-advised risks on players with bad injury histories, picked a safety in Andre Cisco (torn ACL in September) and offensive tackle Walker Little (has played one game in the last two seasons).

The only pass-catching additions came in the form of 29-year-old tight end Luke Farrell in the fifth round and wide receiver Jalen Camp in the sixth. Between D.J. Chark, Marvin Jones and Laviska Shenault, Lawrence does have reasonable weapons, but the Jags did not do much to add to his arsenal.

Teams trying to stop the 49ers’ ground game have had a hard time since Kyle Shanahan became head coach in 2017.

Their 224 rushes of 10 yards or more are tied for sixth in the NFL in that time, and that total looks set to increase after San Francisco drafted a franchise quarterback who boasts a devastating mix of speed and power in the open field.

Trey Lance’s 14 touchdowns in 2019 were bettered by just four quarterbacks across the FBS and FCS, and his rushing average of 6.5 yards was fifth among signal-callers with at least 100 rushes.

San Francisco then added further to its ground game by picking Trey Sermon in the third round and Elijah Mitchell in the sixth.

In the Power Five and Group of Five, just four running backs with a minimum of 100 attempts had a better yards-per-carry average than Sermon’s 7.5 last season. Burst to the second level is a key trait for Sermon, who was fourth with 4.9 yards before contact per attempt.

The electric Mitchell, meanwhile, averaged the third-most yards after contact per attempt at 3.2 – a rate only beat by Javonte Williams (4.6) and Jaret Patterson (3.3).

Raheem Mostert and Jeff Wilson Jr. are each free agents in 2022, but by drafting Lance, Sermon and Mitchell, the Niners ensured their run game is about to get more diverse and potentially more destructive.

For the three NFC West teams that face them twice a year, that is terrible news.