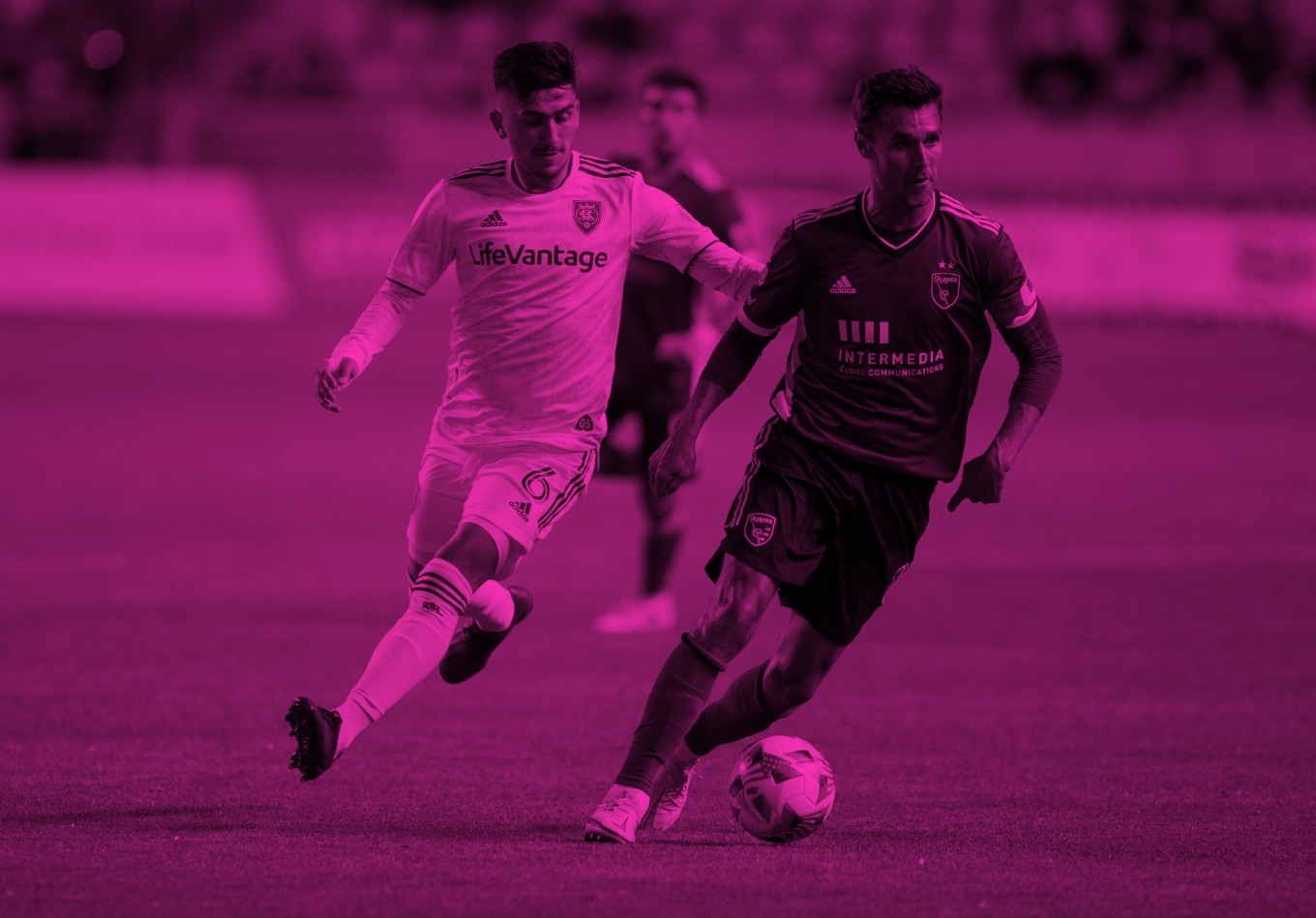 The MLS Goal King Completes the Comeback, Red Bulls Press Their Way to Another Win

The all-time MLS regular season scoring champion added two more tallies to his already impressive career total as he helped his San Jose Earthquakes complete a dramatic comeback against Real Salt Lake this past weekend. He is now tied with Landon Donovan at 170 goals across all MLS competitions.

Given the apparent ease with which he finds loose balls in opponents’ six-yard boxes, Wondo will probably own this record as well in relatively short order. He’s compiled a 1.97 xG in only 65 minutes on the field, which works out to 2.72 expected goals per 90.

The match itself was a tight, combative affair, with RSL edging the Quakes having more of the ball early. The first breakthrough came in the 43rd minute for Salt Lake. Rubio Rubin, with his back to goal, neatly popped the ball in the air off his chest and unleashed a vicious bicycle kick past a helpless JT Marcinkowski. The electric finish was enough to see RSL into the break with a one-goal lead.

The pattern continued into the second half, when Justin Meram had a chance to give Salt Lake some breathing space. His feint to the inside of the box, then quick drive to the end-line in the 56th minute created the best chance of the game for RSL. Unfortunately for him, his shot slid just wide of the far post.

With 20 minutes left to go and still a goal down, San Jose brought on their super-sub. After some sustained pressure, a quick shot by Fierro, and very clever movement by the striker, Wondolowski found a rebound and scored. One more perfect cross from Fierro found a leaping Wondolowski, somehow always in a tiny bit of space, who drove a header into the back of the net. Stadium: silenced. Score-line: flipped. Chris Wondolowski has scored again. Long live the MLS goal king.

So the Quakes were quiet until Wondo came on, but does this ultimately mean anything in terms what we’re seeing from San Jose as a whole? They’re one of two teams with 10 goals along with unbeaten Seattle. 2.5 goals per match will win you trophies (and is unsustainable), but the good news is the Quakes are third in xG per match (1.97), so this may be a team capable of creating chances with some consistency.

They’re a top-three possession side (54.9%), but that was also the case last year when they had 55.6% of the ball but conceded far too often.

The bigger question may be whether they seem to be improving defensively. Last season, they gave up a league-worst 2.25 goals per match in the regular season on 1.62 xG against. That was eighth worst in MLS. We’re still working with a small sample size, but this year their xG against is at 1.35 per match through their first four.

MLS fans know that the New York Red Bulls have their own style. It’s sporadic, it’s high energy, it’s in your face, and in your half. The Red Bulls have the lowest passing accuracy in the league at 71.7%, and yet sit third in the Eastern Conference. This is by design.

The Red Bulls have the second-most duels in the league with 528. They win these duels at the second-highest rate in the league at 53%. This team is not trying to complete perfect passes. Instead, the idea is to put hopeful balls into specific areas where they simply expect to win the resulting 50-50.

The pitch map on the left illustrates the Red Bulls’ duel locations vs. Toronto FC from this past weekend. The right shows the duel locations for the Red Bulls from this season so far. Notice that the majority in both cases are in the attacking half. We can also see clusters of duels just past the halfway line and near the sidelines. Because the Red Bulls are winning these at such a high clip, it forces opposing teams to overreact to these areas. The near-side winger drops back, making him less of a threat on a counter. A central midfielder pinches to that side, leaving a gap in the midfield. Or an outside back gets pulled higher up the field, leaving space in behind.

The Red Bulls are third in high turnovers (52) behind LAFC (59) and Sporting Kansas City (54), and, if you’re measuring efficacy by goals coming from high turnovers, they’ve been more effective than any other team with two.

One of those goals, as well as the shot that didn’t lead to a goal, came this past weekend against Toronto.

Even if New York doesn’t immediately win the ball, they are more likely than any other team to win it back. They lead the league in tackles (111) and tackles won (67) ahead of second-best Chicago (97 and 55). Similarly, they lead the league in ball recoveries with 343, 46 more than second place LAFC.

If all goes to plan, the Red Bulls hope to suffocate you. This was very effective against Toronto who had a dismal 64.9% passing accuracy, five shots and only one on goal, all by far their worst on the season. The result is a 2-0 victory for RBNY. It’ll be interesting to see how they execute this game plan against the fellow pressing-based Philadelphia Union next.