Master Chef: Has Record-Breaking Steph Cooked up an MVP Season? | The Analyst 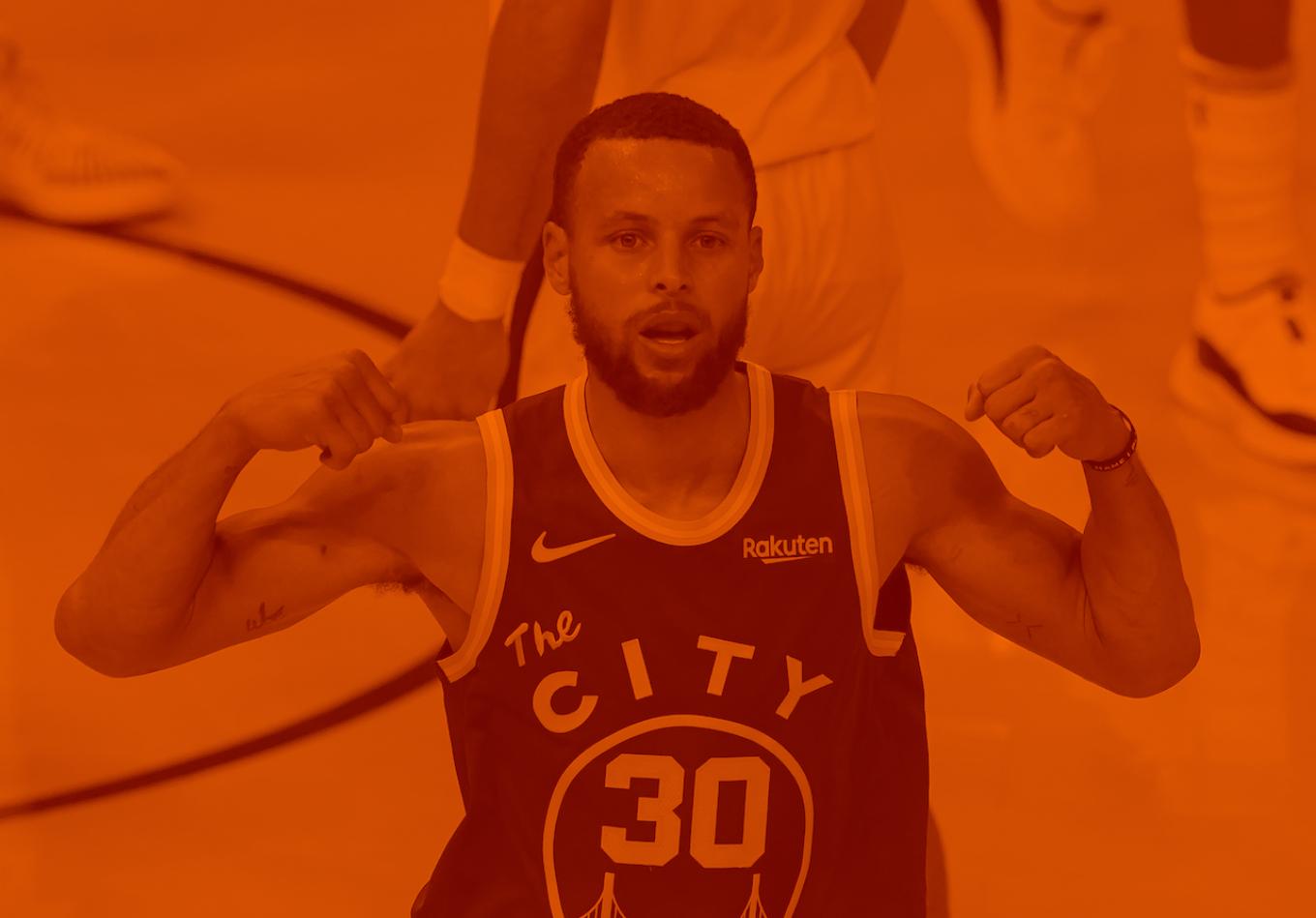 Master Chef: Has Record-Breaking Steph Cooked up an MVP Season?

Five years ago, Stephen Curry made history by being named the first unanimous MVP in NBA history.

With his phenomenal shooting range and deadly accuracy from beyond the arc, Curry fuelled the greatest regular season ever as the Golden State Warriors went 73-9 in the 2015-16 campaign.

Curry joined the select group of players in the 50-40-90 club and became the first person to do so while averaging over 30.0 points a game.

It was a year that Curry seemed unlikely to ever top and certainly not in 2020-21, a season that followed a 2019-20 campaign essentially lost to a hand injury and one in which he did not have the benefit of playing with Kevin Durant or the injured Klay Thompson. The core of the Warriors’ dynasty that dominated the league was largely gone.

Instead, this was supposed to be the year in which the rest of the league exacted a measure of revenge on Curry for torching them so devastatingly and so often.

Yet Curry, like all the greats, takes tremendous joy in subverting expectations. He’s done that to remarkable effect this season, finishing with a career-high 32.0 points per game to win the scoring title. The only other player to do so after turning 33 is Michael Jordan.

His consistently remarkable displays have pushed a Warriors team that would otherwise be watching the postseason from home into a mouth-watering play-in game with LeBron James and the Los Angeles Lakers. Even if the Warriors lose, they will have another chance to reach the first round with victory over the Memphis Grizzlies or San Antonio Spurs.

Despite his remarkable efforts in extending the Warriors’ season, Curry will almost certainly not win the MVP for the third time. Denver Nuggets center Nikola Jokic is expected to take home the award.

But in a year when Curry shattered record after record, there’s no doubt he’s deserving of receiving the Maurice Podoloff Trophy once again.

Curry held off Bradley Beal of the Washington Wizards to claim the scoring title after writing a host of new pages into a record book in which he already held several chapters.

He set a league record with 5.3 3-pointers made per game in what was his third season averaging at least 5.0 – no other player in NBA history has achieved that feat once.

Curry racked up seven games with 40 or more points and at least 10 3s in 2020-21, improving his status as the greatest shooter and one of the greatest scorers of all time. That’s illustrated by the fact no other player has more than three such games in their entire career.

He also became the first player to have three 50-point games in a season at age 32 or older, while his scoring average was the highest in league history by a player of that age.

And, in a season where the late Kobe Bryant was enshrined in the Basketball Hall of Fame, it was only fitting that Curry emulated the Black Mamba. In a 62-point performance against the Portland Trail Blazers on Jan. 3, he joined Bryant as the only two players to score at least 18 points on 3-pointers, 2-pointers and free throws in the same game. Kobe did it in his 81-point display on Jan. 22, 2006.

As Bryant did so often during his career, Curry continues to find ways to set new boundaries for what is possible on an NBA court. In 2020-21, he’s done so while clearly elevating the play of a supporting cast well below the standard he’s gotten used to in the Bay Area.

The Impact of Curry’s ‘Gravity’

To say that Curry makes the Warriors better is taking stating the obvious to the extreme, but not since the pre-Durant era has his influence been more readily apparent than a season in which he battled a tailbone injury and missed nine games over the course of the campaign.

Golden State’s effective field goal percentage was 57.1% when Curry played, up from 51.6 when he was absent, and he also improved the Warriors’ ability to facilitate. Their assists per 100 possessions jumped from 24.4 without Curry to 27.6, with the difference in point differential painting a clear picture of his overall impact.

Perhaps unsurprisingly, the player most positively affected by Curry’s presence was Draymond Green. With Thompson suffering from another injury, Curry and Green are the remaining pillars of the Warriors’ original “Big Three” and their chemistry remains excellent.

Andrew Wiggins averaged more points (30.4 to 23.6) per 100 possessions when Curry was out, widely due to the increased opportunities he gets when No. 30 is unavailable. However, Curry’s presence made Wiggins a more efficient shooter.

Wiggins was good on 48.8% of his attempts from the field with Curry compared to 45.9 without him. It was a similar tale with Kelly Oubre Jr, whom the Warriors hope to get back should they make it through the play-in tournament. Oubre connected on 44.7% of his field goals when playing with Curry versus 42.4 the rest of the time.

That increased efficiency is likely a product of Curry’s gravity – the extra attention he draws from defenders because of his threat from well beyond the 3-point line that creates space for his teammates.

Unfortunately, the biggest beneficiary of that gravity, center James Wiseman, won’t be available in the postseason. Though a meniscus injury ended the second overall pick’s season, Curry’s impact on his game was obvious.

Curry has made a career out of making opposing big men look silly. Now, after seeing his evident influence on the Warriors’ center curtailed, he will likely have to watch another of the game’s giants take the top individual prize despite his own stupendous exploits.

Chef Curry vs. The Joker

Jokic has certainly done enough to merit being a frontrunner for MVP, shooting 56.6% from the field, 38.8% from beyond the arc and 86.8% from the free-throw line.

No player with at least 30 field goals in a season in NBA history has topped Jokic in all three of those percentages.

Jokic’s points, assists and rebounds average of 45.5 per game was tied with Russell Westbrook for the best mark in the NBA, but Curry was close behind in fifth with 43.2. Curry played nine fewer games than Jokic and while their minutes per game were comparable (Curry 34.2 and Jokic 34.6), there was a vast difference in points totals.

Jokic averaged 26.4 points, while Curry set a league record for points per game by a player averaging fewer than 35.0 minutes.

The edge in terms of all-round impact goes to Jokic, but the argument for Curry is compelling in a year when rust and a lack of weapons around him had led some to expect a struggle. Instead, he unexpectedly redefined what is possible and dragged the Warriors to the cusp of a first-round playoff berth.

Jokic’s role as chief architect for a Nuggets team much better placed to contend is worthy of the acclaim he has received, but after Curry’s stunning show of endurance and consistency in producing the spectacular to keep the Warriors in the running, it should not be a one-horse race for MVP.