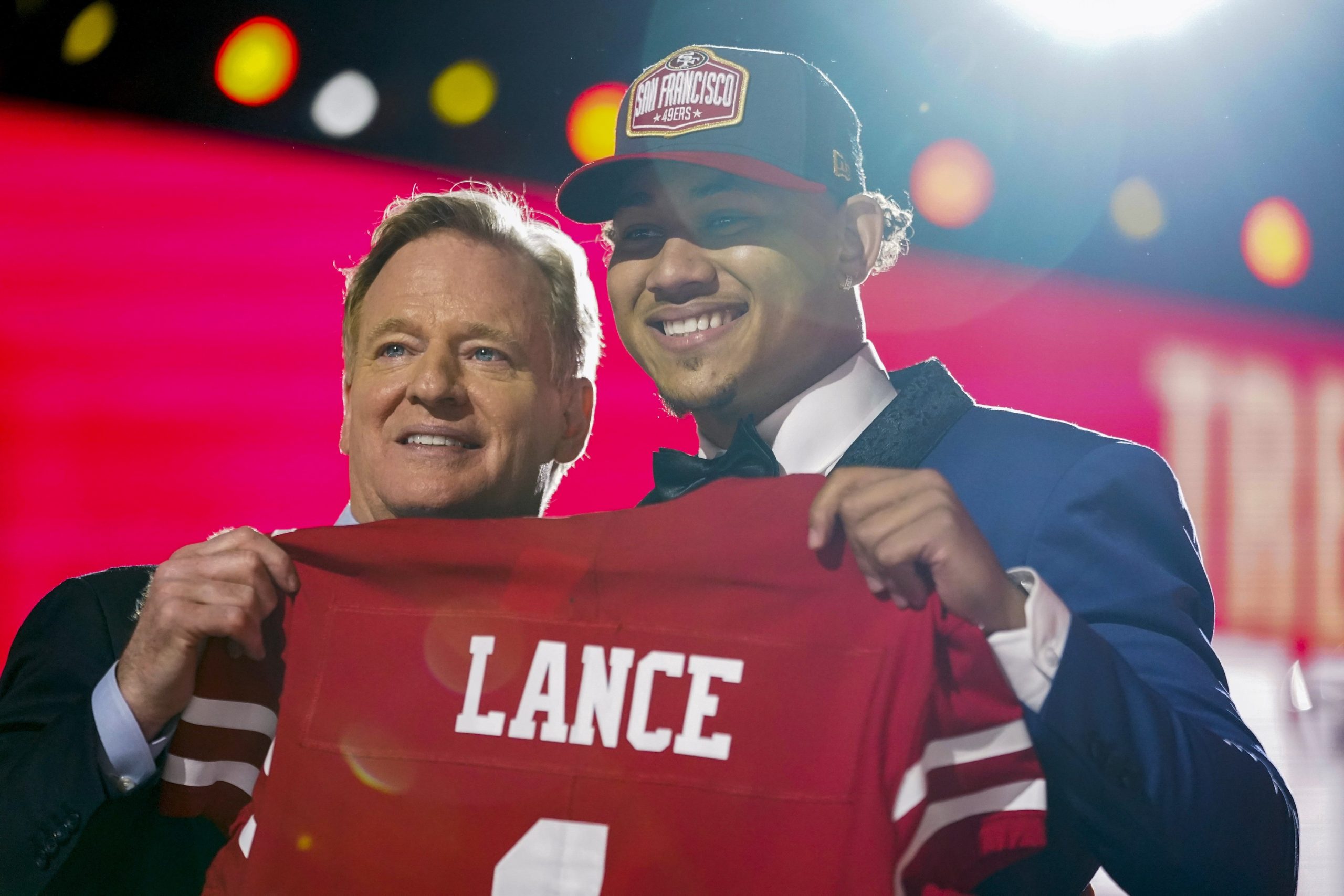 Five Takeaways From the FCS Class in the 2021 NFL Draft

The size alone of the FCS players selected during the first two days of the three-day NFL Draft – quarterback Trey Lance at nearly 6-foot-4, and offensive linemen Dillon Radunz and Spencer Brown at nearly 6-6 and 6-9, respectively – indicated how the lower half of Division I college football can still stand tall with NFL teams.

Here are five takeaways from this year’s FCS class after the draft ended on Saturday:

TREY IN THE BAY

The San Franciso 49ers used the No. 3 pick in the first round to pair North Dakota State’s Trey Lance with Jimmy Garoppolo, another former Walter Payton Award-winning quarterback – at least, for now.

Lance, who went 17-0 as a college starter and has a skill set with a high upside, matched Alcorn State’s Steve McNair (1995) as the second-highest selection from an FCS school behind NDSU quarterback Carson Wentz (No. 2 overall in 2016).

The FCS averaged about 18 draft picks per year during the 2010s, but the decade ended poorly with 13 in 2019, and the new decade has bottomed out with an all-time low six in each of the past two years, although the talented group in this year’s first four rounds was impressive.

The loss of quality programs to the FBS level and top players making grad transfers has hit the FCS in a bad way. Plus, it’s appearing NFL teams believe they can hold off on FCS prospects and sign them to undrafted free agent contracts.

The Missouri Valley Football Conference is having an outstanding spring season, with six nationally ranked teams, five of the 16 playoff qualifiers and four of the eight quarterfinalists. All of it came without the group of All-Americans who skipped the season to train for the draft or made grad transfers.

Central Arkansas cornerback Robert Rochell became the Southland Conference’s first draft pick since it landed three in 2018, going to the Los Angeles Rams in the fourth round at No. 130 overall. He was selected to Bruce Feldman annual “freaks” list, which highlights some of the top athletes in college football.

The FCS level had a much-smaller class of prospects because many seniors participated in the spring season, but the six selections were disappointing, matching last year’s six for the all-time low (the cancellation of most 2020 pro days was a big factor). There wasn’t an FCS selection in the final 129 picks.

San Francisco 49ers (Round 1, No. 3 overall pick): Trey Lance, North Dakota State, QB, 6-3¾, 224 – Lance’s interception-free season in 2019 is welcome news for a 49ers offense that has been plagued by turnovers in recent seasons.

Tennessee Titans (2, 53): Dillon Radunz, North Dakota State, OT, 6-5¾, 304 – Senior Bowl practice player of the week is versatile and athletic, projected for shift to right side of the O-line.