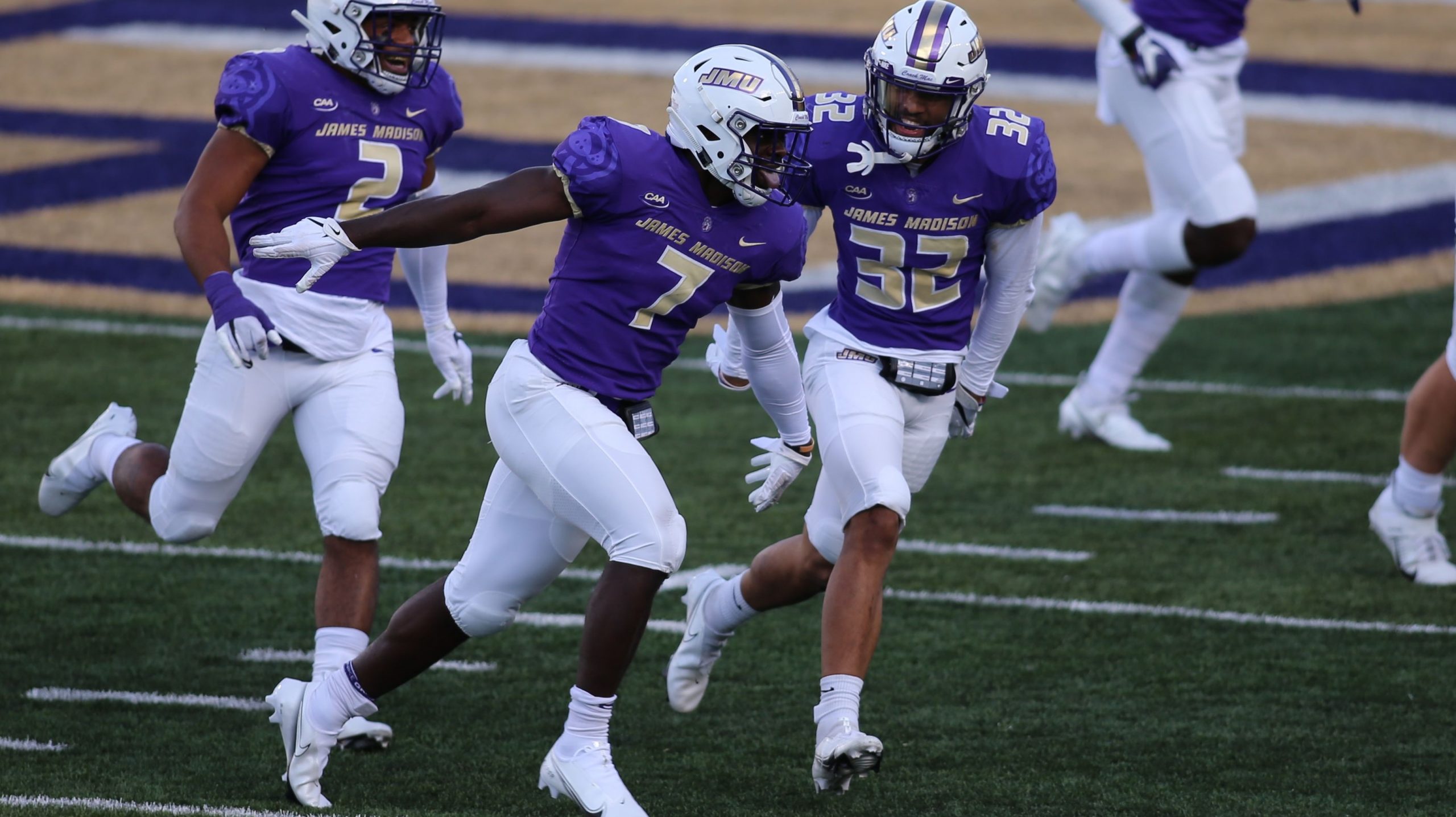 Call it May Madness in FCS college football, the Final Four is here.

The two spots in the spring national championship game will be determined by the semifinals on Saturday.

The Skinny – These are two of only four FCS programs that had have multiple national championship game appearances during the 2010s decade – JMU was 1-2, crushing Sam Houston on its playoff path to the 2016 title, while Sam Houston was 0-2). JMU should control game clock with its run game and ability to convert on third downs (51.4 percent). The CAA power has not lost a game during Agyei-Obese’s career when he’s rushed for 100 yards (10 times) or a touchdown (18 times). QB Johnson reclaimed the starting job after briefly losing it in March, and has since surpassed 200 passing yards in four straight games, with the quarterfinal-round win over North Dakota arguably his best ever (14 of 17 for 251 yards, two TDs and a 245.2 passer rating). The defense has turned opportunistic with five interceptions in the two playoff wins, and rover M.J. Hampton has led the team in tackles both times. PK Ethan Ratke is 12 of 12 on field goals and 28 of 28 on PATs this season. Southland champ Sam Houston eliminated three-time defending FCS champ North Dakota State in the quarterfinals and now seeks to extend a 15-0 all-time home playoff record. That the Bearkats limited NDSU to 139 rushing yards was impressive, and they rank one notch below JMU nationally in rushing defense (fourth at 68.9 yards per game to the Dukes’ 66.4). DE Jahari Kay (12 TFL, six sacks, four forced fumbles) is a major disruptor up front, although he was knocked out of the NDSU game. Schmid likes to throw downfield to Ezzard and Ife Adeyi, which opens up quicker work to Cody Chrest (team-high 35 receptions) and RB Noah Smith (10 catches versus NDSU). Leading rusher Ramon Jefferson is a former CAA player at Maine.

Up Next – The winner will play either No. 1 seed South Dakota State (7-1) or Delaware (8-0) in the national championship game on May 16 in Frisco, Texas.