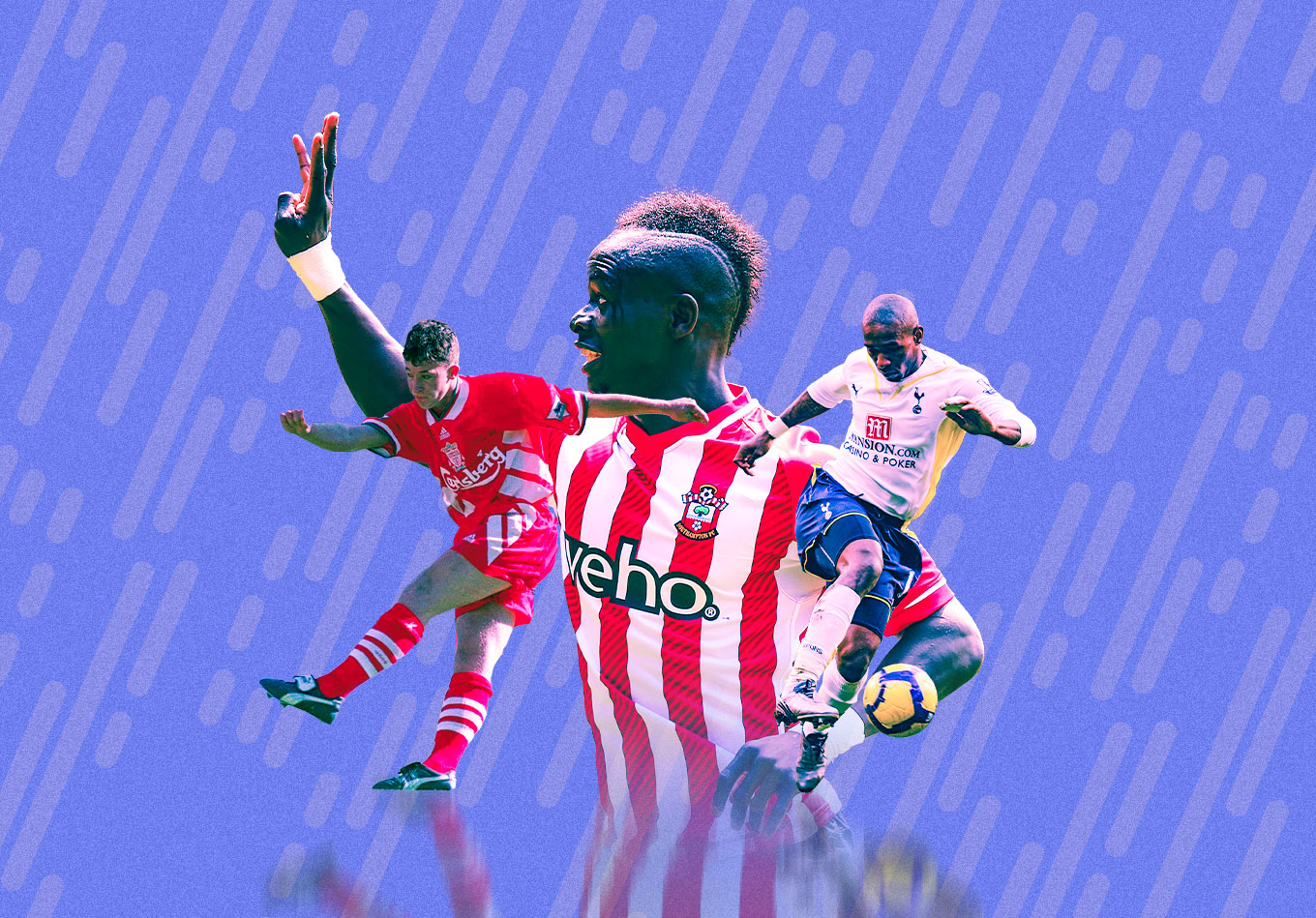 Six years ago Sadio Mane scored the fastest hat trick in Premier League history in Southampton’s game against Aston Villa. It announced him as a coming force in English football and set a marker that will surely never be overtaken.

The history of unexplained shooting incidents in and around the New Forest region is a chequered one. From King William II taking a fatally rogue arrow in August 1100 through to Leicester scoring nine goals against Southampton at St Mary’s in October 2019. In between those events came the quickest hat trick in Football League history (2m 22s), by Bournemouth’s James Hayter in February 2004, and then, on 16 May 2015, the quickest hat trick in Premier League history, by Sadio Mané for Southampton against Aston Villa.

This is troubled heathland, patrolled by sullen verderers and by footballers looking to make history.

There are a few records in the Premier League that, even if you didn’t have much interest in football, would still grab your attention. Like someone who doesn’t like golf watching a looped video of a hole-in-one, you don’t have to be an expert to find the fastest Premier League goal or the fastest Premier League hat trick of some interest. Because the ultimate opponent in all sports is chronological time. A 100-metre sprinter has little to play with, a cyclist trying to win the Giro D’Italia theoretically has longer, but both can be lost by fractions of seconds.

Since its inception, Premier League games have averaged 2.65 goals per game, which is 0.35 less than a hat trick. Mané scored one in 176 seconds. Dennis Bergkamp scored one hat trick in his 22,204-minute-long Premier League career. That’s 1,332,240 seconds. Since 1957, the Eurovision Song Contest hasn’t allowed songs longer than three minutes, which makes things difficult for the musicians because three minutes really isn’t very long. But it is for Mané. He had four seconds to spare on that sunny afternoon against Aston Villa. Three goals in two minutes and 56 seconds. Nul points for the visitors.

To go back to May 2015 is to journey to a Premier League where Southampton were enjoying life under Ronald Koeman and heading for a seventh-place finish, while Aston Villa were locked tightly into the spiral of decline that would see them relegated 12 months later. Tim Sherwood had been in charge of the club since Valentine’s Day and three wins in four prior to the trip to Southampton had virtually edged them to safety. Their survival was confirmed on the same day they lost 6-1. “The first 45 minutes of football there was not good enough,” conceded Sherwood after the game. Shay Given had to concede a lot more.

Mané was nearing the end of his first season at Southampton, having joined the club from Red Bull Salzburg for around £12 million the previous summer. Seven goals with two games remaining was a reasonable return, although it was fair to say that Mané was no household name yet. His new club had enjoyed something of a dream window, and fellow newcomers Dušan Tadić and Graziano Pellè had taken more of the headlines up to this point. That doesn’t matter but also it does, because when a player takes one of these blue riband records, deep down you want it to be a competition heavyweight. Brian Deane owns the first goal in Premier League history, one of the great cultural artefacts of the 1990s, as indeed was Robbie Fowler’s four-minute-33-second hat trick against Arsenal in 1994. You knew where you stood with that treble, and you also felt it would stand forever.

In that sense Mané’s feat against Aston Villa was slightly unsatisfying to contemporaries. Looking back now, through the prism of the Senegalese forward’s glittering career – arguably the most important player in Liverpool’s 2019-20 title win –Mané being the owner of the fastest hat trick in Premier League history seems almost inevitable. But it wasn’t at the time. Hats off to Mané, then, for going on to achieve so much and thereby restoring the level of glamour this particular record deserves.

You: stop contextualising the hat trick and describe it
Me: ok

Goal One (12:22, 0.72 xG)
This is the sort of fortune you probably need if you’re planning to score a hat trick in 176 seconds. Mané runs on to a Pellé flick-on, shoots straight at Shay Given who rebounds it back to Mané, who sees it bounce off him and into empty space in front of goal. He is left with the simple task of putting the ball, at a ballsy pace to be fair, into the back of the net.

Goal Two (13:46, 0.33 xG)
I’ll be honest here, two of Mané’s three goals have come with no goalkeeper between the posts. As mentioned above, this will generally boost a player’s conversion rate. This time Mané’s speed on the right wing results in a risky Villa back-pass which Shane Long gets to at exactly the same time as Given. In the VAR era, maybe it would be deemed a foul on the goalkeeper but this is 2015 and as both striker and goalkeeper lay on the floor, Mané swoops in once more to knock it in the empty net, albeit from a much tighter angle and under greater pressure from the increasingly frantic defence.

Goal Three (15:18, 0.07 xG)
Anyone working in the football data industry did not see this goal live, as they were heads down, working out the smallest gap between a player’s opening two goals, only to jolt with fear as they heard a third go in. Surely… no… But yes, it was Mané, scoring the least likely yet most normal of the three goals in his two-minute-56-second hat trick, from just inside the penalty area. You will note Shay Given, in yellow, between the goalposts. Traditional.

The Aftermath
Mané had one other shot in the game, thankfully failing to score a fourth which would have somehow undermined and blemished this most perfect of fast hat tricks. The xG of Mané’s three goals came to 1.12, which is roughly the same as Tom Huddlestone managed with 38 shots in the same season, for a return of zero goals. Mané, unsurprisingly, wasn’t immediately aware it was a record, telling the Premier League in 2020 that it was the referee who informed him of the feat. Southampton’s next two goals in the game were scored by Long, who would go on to break the Premier League record for the earliest goal in a game in 2019. The following May, Mané scored another hat trick on the same ground, but this one, against Manchester City, took a pedestrian and frankly mainstream 42 minutes and 41 seconds. That summer he was signed by Liverpool, and despite winning the Champions League and Premier League, among other titles, Mané has never scored another Premier League hat trick. Frankly, he doesn’t need to. He’s the owner of the greatest one of all.