The Nuggets' Operatic Season Might Have Another Act Left | The Analyst 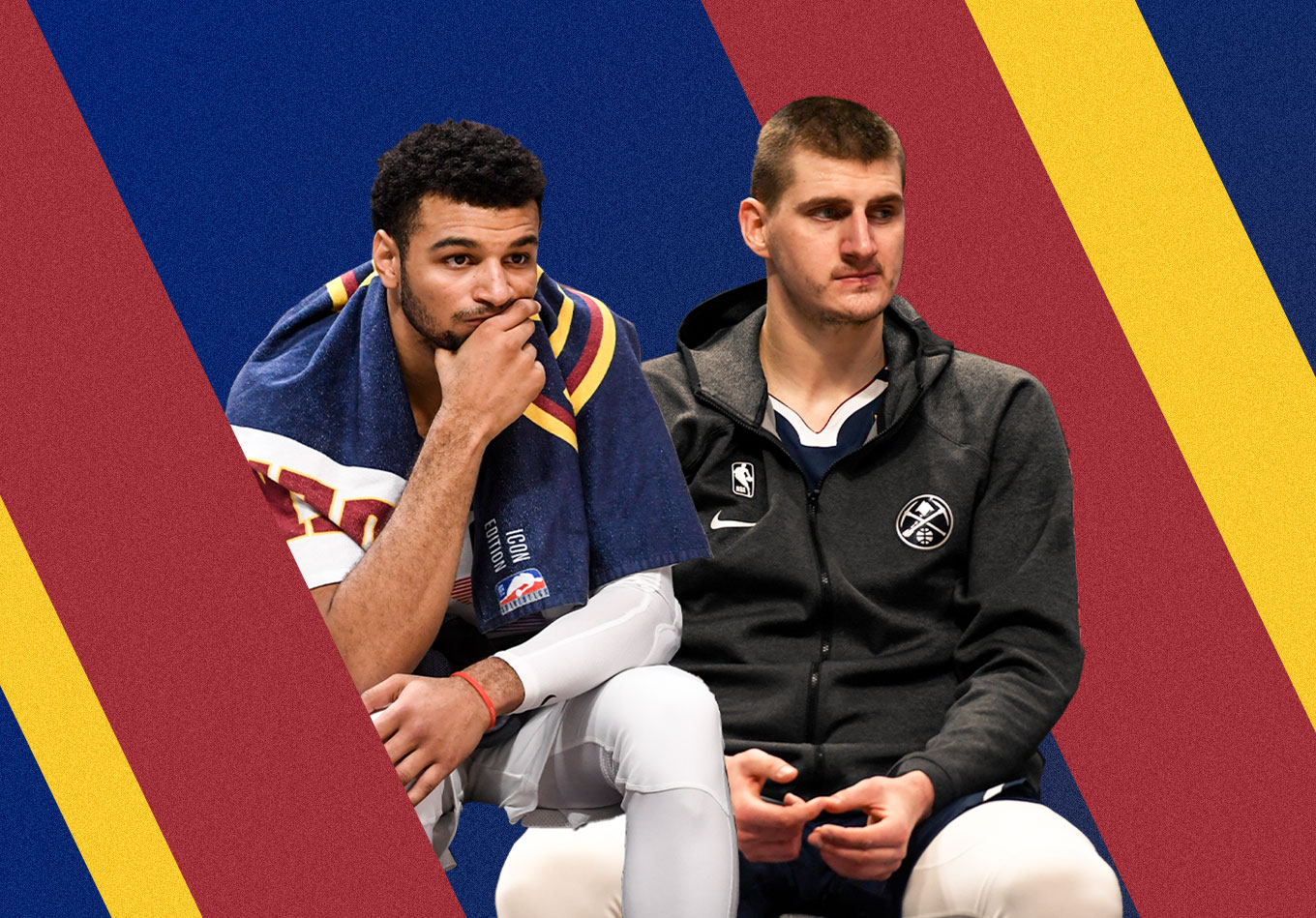 The Nuggets’ Operatic Season Might Have Another Act Left

The Denver Nuggets have never been to the NBA Finals and, even at full capacity, an uphill climb would await them in that quest this postseason.

In their way are the lights out-shooting Utah Jazz, the surprisingly steady Phoenix Suns, and the L.A. juggernauts (including a possible first-round rematch of last season’s West finals with the Lakers). Even in the fringes of the conference’s playoff picture, names like Luka and Dame lay in wait.

Turns out, the Nuggets will be severely short-handed as they try to get over a hump that the franchise couldn’t climb in its first 44 years. Jamal Murray’s season ended with a torn left ACL Monday night in San Francisco, and Denver’s shot at legit title contention seemingly vanished into the bay by the time his MRI results were confirmed Tuesday morning.

But the Nuggets aren’t going to go away quietly in the last month of the regular season, and they won’t be an easy out no matter where they wind up in the playoff bracket. You may have heard they have the MVP frontrunner manning the middle. Michael Porter Jr. should be a candidate for Most Improved Player, but he might be a victim of his own success late in his rookie season. Aaron Gordon has fit in seamlessly since arriving from Orlando at the trade deadline, providing a much-needed two-way wing.

Nikola Jokic might be the first Nugget to win MVP, but it wouldn’t have been possible without a Stockton to his Malone. Jokic was plus-11.1 per 100 possessions this season with Murray running alongside him. With Murray off and Jokic on, the Serbian was minus-1.8 prior to Wednesday’s game against Miami.

There’s no question Denver still has its biggest star healthy, but the loss of Murray comes right when he was rediscovering the form that made him the biggest wild-card – and, on a few nights, the best player – in the league’s 2020 playoff bubble.

Murray joined a previously Michael Jordan-exclusive club of players to drop 40/5/5 in three straight postseason games after he went HAM on Utah in that seven-game first-round thriller. Wilt Chamberlain and Sleepy Floyd welcomed him to the member’s only list of guys to go for 50 in an elimination game. He left the bubble averaging 26.5 points and 6.6 assists, and he came within one free throw miss of 50/40/90 shooting splits for the postseason.

All told, it was a postseason line that only LeBron in a Cavaliers uniform had ever touched while playing more than one playoff round.

Murray’s left knee is the one that ended his season, but he’d sat out the four games prior to the one he tore his ACL in with a sore right knee. What he’d done in the two months before that absence, though, was … well, Bubble Murray-esque.

And now, if the Nuggets want to make another playoff run, both of those teams that collapsed just months ago against Denver – one a much more formidable version of its bubble self and the other benefiting from, um, not having to play in a bubble – stand in their way. You better believe they’d relish a shot at a team missing its closer.

Murray put up 147 points (a 9.2-point average) in the fourth quarter of last season’s playoff run, the second most of any player who didn’t make the Finals in the past 20 years. Only Paul George, for the 2013-14 Pacers, scored more (160), and that came in three more games.

Those clutch shots will be the gaping hole in the Nuggets’ playoff arsenal, but they showed in their first game without Murray that they’re not devoid of guards who can plug in and steer the ship effectively.

Monte Morris, who has turned into one of the league’s best backup point guards, got the start in Wednesday’s 123-106 rout of Miami after Facundo Campazzo had started the previous three Murray-less games. Both played 26 minutes, with Morris finishing with 11 points and Campazzo chipping in eight points and five assists.

“They need to fill some big shoes (with) Jamal,” Jokic told The Denver Post after that win. “But they don’t need to score (like him). They can affect the game in some other ways.”

Even including the victory over the Heat, the small samples of Campazzo and Morris with the other four starters leave a bit to be desired. The five-man lineup of Campazzo, Jokic, Gordon, Porter and Will Barton is minus-0.6 per 100 possessions in 59 minutes. Sub out Campazzo for Morris with that group and they’re minus-8.6 in 42 minutes, allowing 134.2 points per 100 possessions. It’s hard to read much into those numbers yet – and there’s plenty of time for them to improve – but they’ll be hard-pressed to touch the Murray numbers with those other four (plus-18.5 in 110 minutes).

“We’ve got 16 to 17 games (to figure out) how we want to play,” Jokic said. “We need to build. It’s not going to happen in a moment. We need to build it and hopefully we can do it as best that we can.”

That could mean an increased role for 6-foot-6 P.J. Dozier, who put up 15 points, four assists and three steals in 28 minutes in the win over Miami. Denver is also expected to sign veteran guard Austin Rivers, who was not the first player and won’t be the last to end up clashing with Tom Thibodeau. Rivers isn’t exactly a consistent force in the backcourt, but he’s turned into a league-average 3-point shooter and can have his moments off the bench. Enough to swing a playoff game? That remains to be seen.

Ultimately, though, the Nuggets’ ceiling comes down to Porter’s development. He firmly established himself as the Jose Carreras of what was becoming a legitimate Big Three. When Jokic, Murray and Porter were on the floor together this season, Denver was plus-14.9 per 100 possessions. That’s a 109.0 defensive rating that would rank on the fringe of the league’s top five this season, and a 124.9 offensive rating that would obliterate any team in any season.

Porter was raising his own already-prolific profile in the bubble – and that’s not even counting his coronavirus conspiracy theories – but he was up and down in the playoffs after he flourished to close the regular season in Orlando. Ever since a bout with COVID-19 knocked him out for three weeks in January and hindered his play for a few weeks thereafter, he’s been remarkably consistent while flashing a superstar ceiling. Since February 17, Porter has averaged 19.9 points and 8.9 rebounds with a 67.6% true shooting percentage – fourth best in the league during that stretch.

Seems like more than just The Other Guy, doesn’t he?

Since the NBA playoffs went to its 16-team format in 1984, you can count on one closed fist the number of four or five seeds that have won the title. The sixth-seeded 1994-95 Rockets were the only champion outside the top three (that’s 24 No. 1s, eight No. 2s and four No. 3s if you’re keeping track).

Denver’s chances of catching the Clippers for that third spot weren’t great before the Murray injury, and they’re about 10% now depending on where you look. There’s not much of a track record of a supposed contender losing one of its two best players prior to the playoffs.

On paper, they’re done. But … what is paper really good for, anyway?