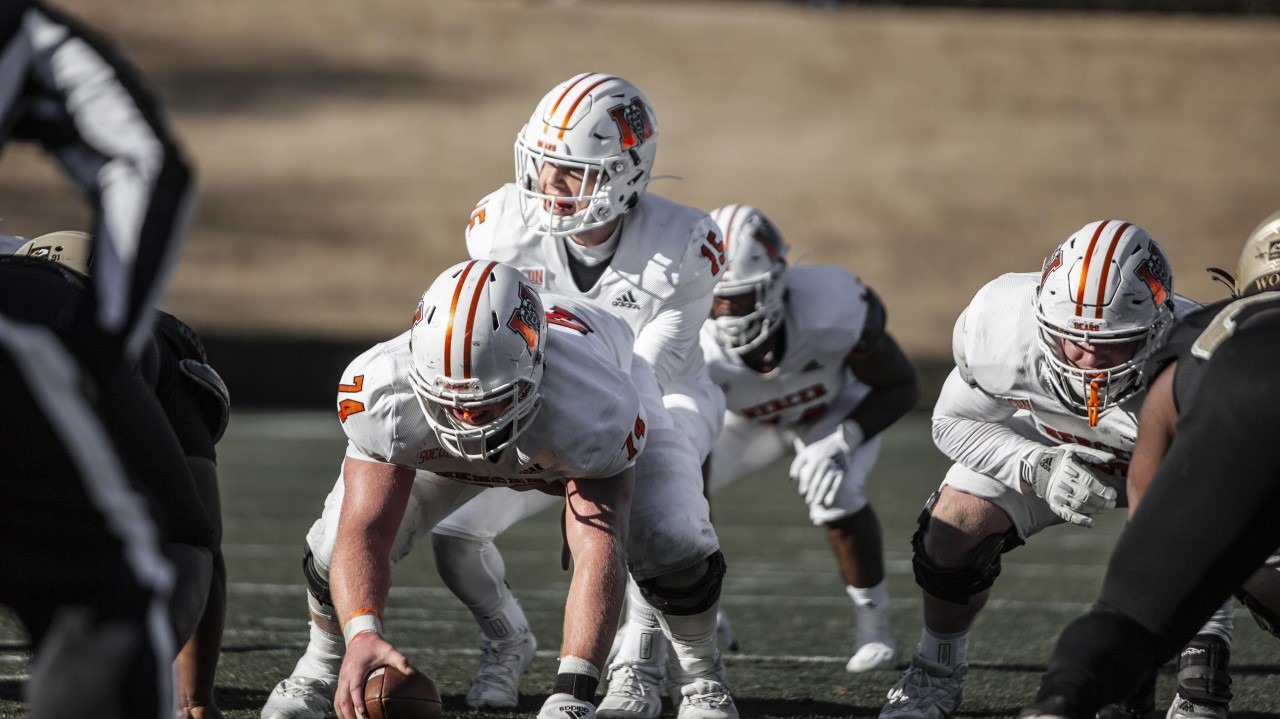 ETSU’s Quay Holmes, Presbyterian’s Jeffrey Smyth, Arkansas-Pine Bluff’s Tyrin Ralph and Mercer’s Carter Peevy were selected Monday as the Stats Perform FCS National Players of the Week and Davidson the National Team of the Week for games played between April 1-3.

Holmes racked up 293 all-purpose yards and rushed for two touchdowns as ETSU handed VMI its first loss in the Southern Conference. His 4-yard score early in the fourth quarter lifted the Buccaneers (4-1) from a 20-17 deficit, and he finished with 29 carries for 135 yards – his 11th career 100-yard game. He also had 158 yards on five kick returns, including a long of 51. Over back-to-back games, he has 603 all-purpose yards with the No. 1 and 3 single-game performances of the FCS 2020-21 season.

Smyth became the first FCS player to return two interceptions for touchdowns in a single game since 2013, helping Presbyterian pull away from Stetson for a 26-3 road victory in the Pioneer Football League. He scored on a 30-yard return in the second quarter and a 52-yard pick-six in the third quarter. He also had seven solo tackles, including a 10-yard sack and another stop behind the line of scrimmage for a two-yard loss. The Blue Hose held Stetson to 248 yards, their fewest allowed in a game since 2017.

Ralph kept intimating he would break off a long play until he finally did with a 77-yard, game-winning punt return for a touchdown in the final two minutes of UAPB’s 24-17 SWAC win at Mississippi Valley State. He returned five punts for 142 yards and four kickoffs for 85 yards, with the 227 total return yards the single-game high of the FCS season. Overall, Ralph collected 279 all-purpose yards, a career high.

The true freshman passed for a school-record 406 yards with two fourth-quarter touchdown passes as Mercer topped Furman 26-14 – the Bears’ second straight upset of a nationally ranked Southern Conference opponent. He completed 21 of 36 passes, averaging 19.3 yards per completion, with two interceptions. He also rushed for 12 yards, capping Mercer’s opening drive with a 1-yard touchdown.

Davidson ended San Diego’s 39-game winning streak in the Pioneer Football League, preventing the Toreros from extending what is tied with the longest league run in FCS history. Dylan Sparks rushed for an 83-yard touchdown on the Wildcats’ second play from scrimmage and Tyler Phelps had three scoring passes while coach Scott Abell’s team built a 28-10 halftime lead. The PFL leader forced three turnovers, including linebacker Jalen Jefferson’s interception near midfield with 1:38 remaining to preserve the win.