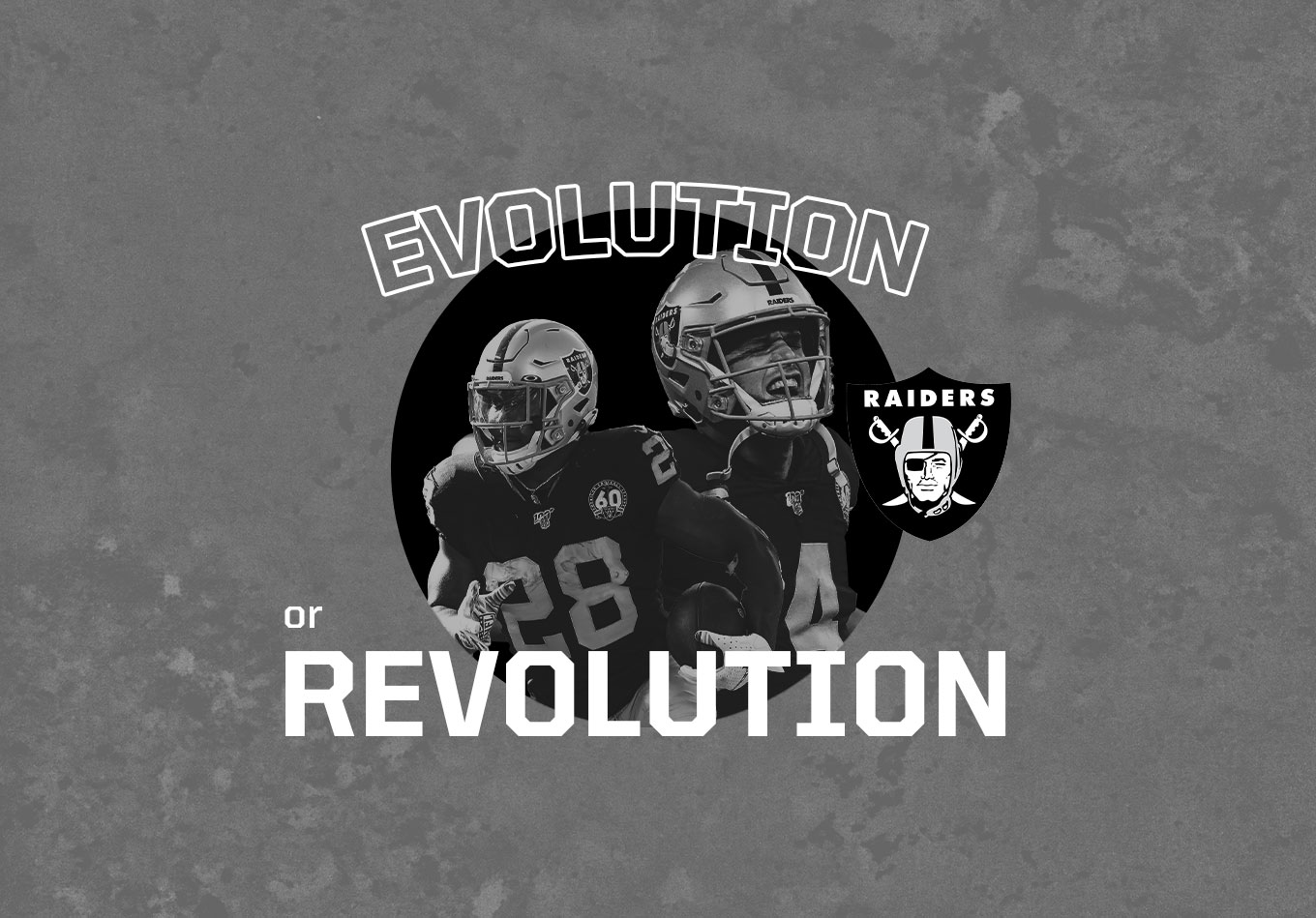 Can the Raiders Find a Way to Fix Their Defensive Woes?

A permanent residency in Las Vegas.

It’s what so many performers around the world dream of, but in 2020 the Raiders were left delivering a mediocre performance to an audience of none  in their first year in the desert.

Their mammoth new Allegiant Stadium home left empty due to pandemic restrictions, the Raiders again flattered to deceive, an exciting opening act giving way to an underwhelming finale that ended hopes of a postseason encore.

Under normal circumstances, a third successive season in which the Raiders missed the playoffs would lead to pressure on Jon Gruden.

But because the Raiders rolled the dice by giving Gruden a 10-year contract, the head coach is a long way from the hot seat heading into Year 4 of his second spell with the franchise.

Playing in a division alongside Patrick Mahomes and the Kansas City Chiefs and Offensive Rookie of the Year Justin Herbert and the Los Angeles Chargers, the Raiders face a tough challenge to contend in the AFC West.

The pressure on Gruden may finally come should they miss the postseason again in 2021, but what can the Raiders do to ensure their first season with fans in Vegas results in a playoff berth?

The Raiders failed in their pursuit of a wild-card spot despite an impressive year from a much-maligned quarterback in Derek Carr.

Carr threw for a career-high 4,103 passing yards and finished the season in a three-way tie for fifth  in yards per attempt with an average of 7.94. He made clear and significant strides going deep, finishing fourth in the NFL with a 124.2 passer rating with 10 touchdowns and one interception on passes of 21 air yards or more.

Though Carr had 54 completions of at least 20 yards, first-round pick Henry Ruggs III only ended up with eight receptions of 20 yards or more.

If Carr and Ruggs can develop their downfield chemistry, opposing defenses will have more reason to fear the passing game, potentially opening things up further for Pro Bowl tight end Darren Waller underneath and a running game that underwhelmed in 2020.

Waller, who set career highs in catches, yards and TDs, had the most receiving yards (654) and receptions of 25 yards or more (10) while also ranking second in catches (43) from Week 13 on.

Though workhorse starter Josh Jacobs scored 12 touchdowns, the Raiders ranked 19th in the league with 4.2 yards per rush. There will be onus on Jacobs and the offensive line to improve drastically in that regard, but should Carr make further progress going deep and force defenses to focus on the pass, everyone else’s jobs will become a little bit easier.

The Raiders, however, still have some work to do up front after trading away right tackle  Trent Brown, right guard  Gabe Jackson  and center  Rodney Hudson. They re-signed left guard  Richie Incognito  and right tackle Denzelle Good and added former Houston Texans center Nick Martin, who is 172nd out of 235 in our 2021 projected offensive lineman rankings.

Save for occasional flashes – a Week 5 win against Mahomes and the Chiefs at Arrowhead Stadium being the most prominent example – the Raiders defense failed to live up to the significant investment on that side of the ball.

Indeed, the Raiders continued to struggle to contain opposing offenses in 2020, ranking 25th in total defense with 389.1 allowed per game. Las Vegas’ issues on defense led to the firing of coordinator Paul Guenther and the hiring of Gus Bradley to replace him.

Bradley’s first order of business might be to find a way to get more out of the Raiders’ pass rush after the team finished with just 21 sacks – the fourth-lowest total in the NFL.

Edge rusher Maxx Crosby saw his numbers drop from 10 sacks as a rookie to seven in 2020 and Clelin Ferrell, a 2019 first-round pick, had just 2.5 sacks. The lack of pressure allowed opposing quarterbacks to rack up 32 passing plays or 25 yards or more – tied for the ninth most in the league.

That number also raises questions about a young and exploitable secondary that has found it difficult to produce turnovers. Las Vegas ranked 30th in takeaways with just 15 and tied for 23rd with only 10 interceptions.

Having consistently failed to pressure quarterbacks and take the ball away, there is significant room for improvement on defense. And the Raiders made a huge move in that regard by acquiring Yannick Ngakoue, who had eight sacks for the Minnesota Vikings and Baltimore Ravens last season and 45.5 over his five seasons.

Even after one of the best seasons of his career, there has again been talk about the Raiders trading Carr in the hope of finding an upgrade at quarterback.

Instead, they appear likely to head into next season with Carr and Marcus Mariota once again at the position.

That clears up Las Vegas’ focus heading into the draft with the areas of need likely being across the defense, particularly at linebacker, cornerback and safety.

Should the Raiders fail to identify the correct players at those spots, the ceiling of this team may again be limited in 2021 regardless of any further strides from Carr.