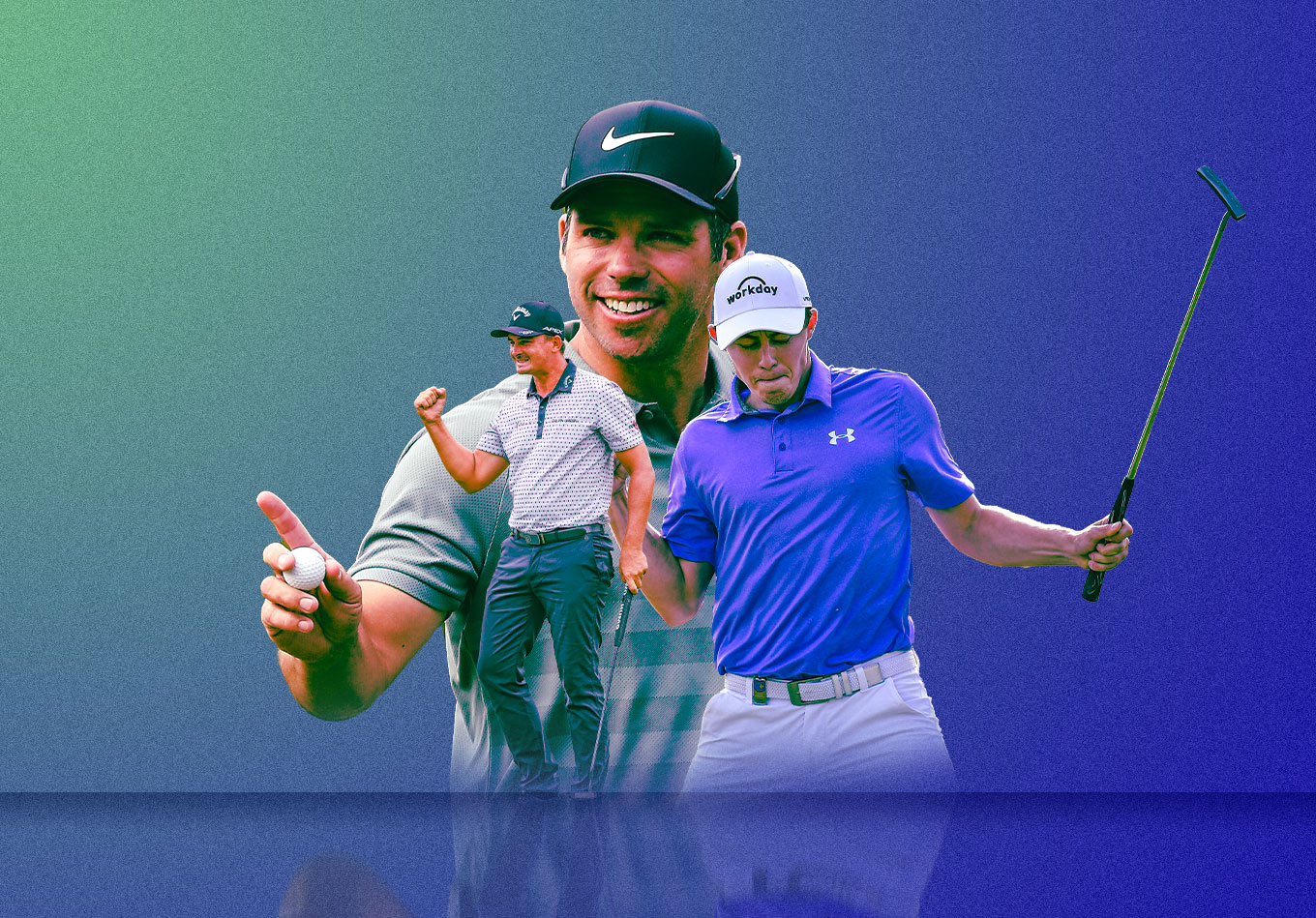 A green jacket for Hideki Matsuyama.

With the win, he jumps up seven spots in our FRACAS standings to 19th in the world. Other big gainers for the week are Marc Leishman, who jumped 25 spots to No. 69, Will Zalatoris who jumped 12 spots to 24th, and Stewart Cink who jumped 19 spots to 83rd in the world.

Sungjae Im dropped the most spots, moving down 11 spots to 34th, though Patrick Cantlay’s disastrous performance dropped him out of our top 10.

Now, we’re looking ahead to the RBC Heritage, which returns to its typical post-Masters schedule spot. While this year’s tournament won’t rival last year’s in terms of field strength, we still have the field rated out as above tour average, if only just so. The field is highlighted by world No. 1 Dustin Johnson, and contains 10 of the FRACAS top 20 golfers in the world.

Harbour Town Golf Links is a par 71 playing just over 7,000 yards. It’s a second-shot course, where players must plot their way around rather than bombing long drives. They’ll have to hit fairways with less than a driver, and hitting greens is much tougher than an average tour course. Players hit only about 57% of greens at Harbour Town and tour average is a little over 65%.

While scoring isn’t particularly difficult, the course doesn’t offer a ton of scoring variance, which lends itself to players who are consistently good. Short par-4 scoring is going to be a highlight this week. There are seven short par 4s at Harbour Town and they have a collective scoring standard deviation of almost three strokes. The par 5s are where most of the scoring will happen, but stealing some birdies and saving par on the par 4s will go a long way towards winning this week.

As we discussed in last week’s preview, there is a difference between who we think will win, and who we think is a good value relative to the market. We’ll start with the former before getting into our favorite value picks.

DJ is unsurprisingly our favorite this week, but at just 6.6% to win, there is a lot of win equity up for grabs. Overall we have 18 golfers with better than a 2.0% chance to win.

Honestly, we don’t like much on the board this week.

There are a lot of good players in this field, and without a ton of scoring variance things should stay congested. While normally this would encourage us to bet on longshots, the middle third of the field is so balanced that it’s difficult to find a lot of value. That being said, there are a few players who we find some value in, starting with a familiar name.

Matthew Fitzpatrick continues to be undervalued. He missed the cut in his first tournament of 2021, but since then has finished outside of the top 20 just once. FRACAS puts him as the third-best golfer in this field. He’s being priced as the seventh best at around 24-1, and while our number of 22-1 isn’t a major difference, it’s enough to grab our attention. There isn’t a particular type of hole that Fitzpatrick truly dominates, but neither is there a true weakness. He’s projected to gain strokes on all hole types in this field and to score in the top 5 on both types of par 4s. We’ve mentioned the importance of par 4s at Harbour Town and this is a great opportunity for Fitz to get his first PGA victory.

There’s another Englishman who catches our attention this week: Paul Casey. He has four top 10s in his last five tournaments and finished strongly at the Masters last week. Casey is projected to lead the field in short par-4 scoring this week and we’re particularly excited about the small greens at Harbour Town, minimizing the likelihood of him three-putting. He’s listed around 27-1 per the consensus odds and our number of 23-1 provides a little value.

Further down the board, South African Christiaan Bezuidenhout is currently being listed at 56-1, but we expect his odds to be more like 41-1. FRACAS is bullish on Bez, placing him 12th in the field this week – one spot above Masters surprise Will Zalatoris. He should score well on both types of par 4s, but he’ll have to play better on the par 5s this week. He’s projected to be 42nd in the field on the par 5s this week, which he’ll need to outperform in order to win. If he can score on the par 5s, his excellence on and around the greens should allow him to save par and not give strokes back to the field.

Brendon Todd hits every fairway, but he’s usually playing well back from everyone else in the field. This week, with so many forced layups, Todd will be hitting his approaches at the same distances as everyone else. He’s sitting at about 79-1 in the market, but we have him at 64-1.

Getting into the triple digits, there’s only one player we fancy this week: Mackenzie Hughes. Hughes’ biggest weakness is long par 4s, but with just four of them on the course this week, he gets a bit of a FRACAS boost at Harbour Town. We’ve discussed Hughes frequently in this column, but for those who don’t know about him, he has a spectacular short game. At a short course where greens are hard to hit, Hughes’ talents should play well and our 91-1 number is a bit better than the 119-1 we see in the market.

Every player above $9,500 this week is projected to return positive value, but of this group, we see Tyrrell Hatton as the best value. DJ is projected to be the highest scorer, followed by Webb Simpson and Patrick Cantlay. Cantlay is priced just a bit too high for our liking, and we prefer to save a few bucks going to Daniel Berger.

$8,400 and up? What a weird number to set a cutoff at. Well, we wanted to include Harris English in this group since the next pick is all the way down at $7,900. Matthew Fitzpatrick is once again our best value play with Paul Casey as our second best.

Christiaan Bezuidenhout and Russell Henley are our favorite plays from this group. It’s a great course fit for Henley, who excels on shorter par 4s.

This is a big group for us this week. We see a ton of value at the bottom of the board, particularly with Mackenzie Hughes, Brendon Todd, Carlos Ortiz, and Kevin Streelman.