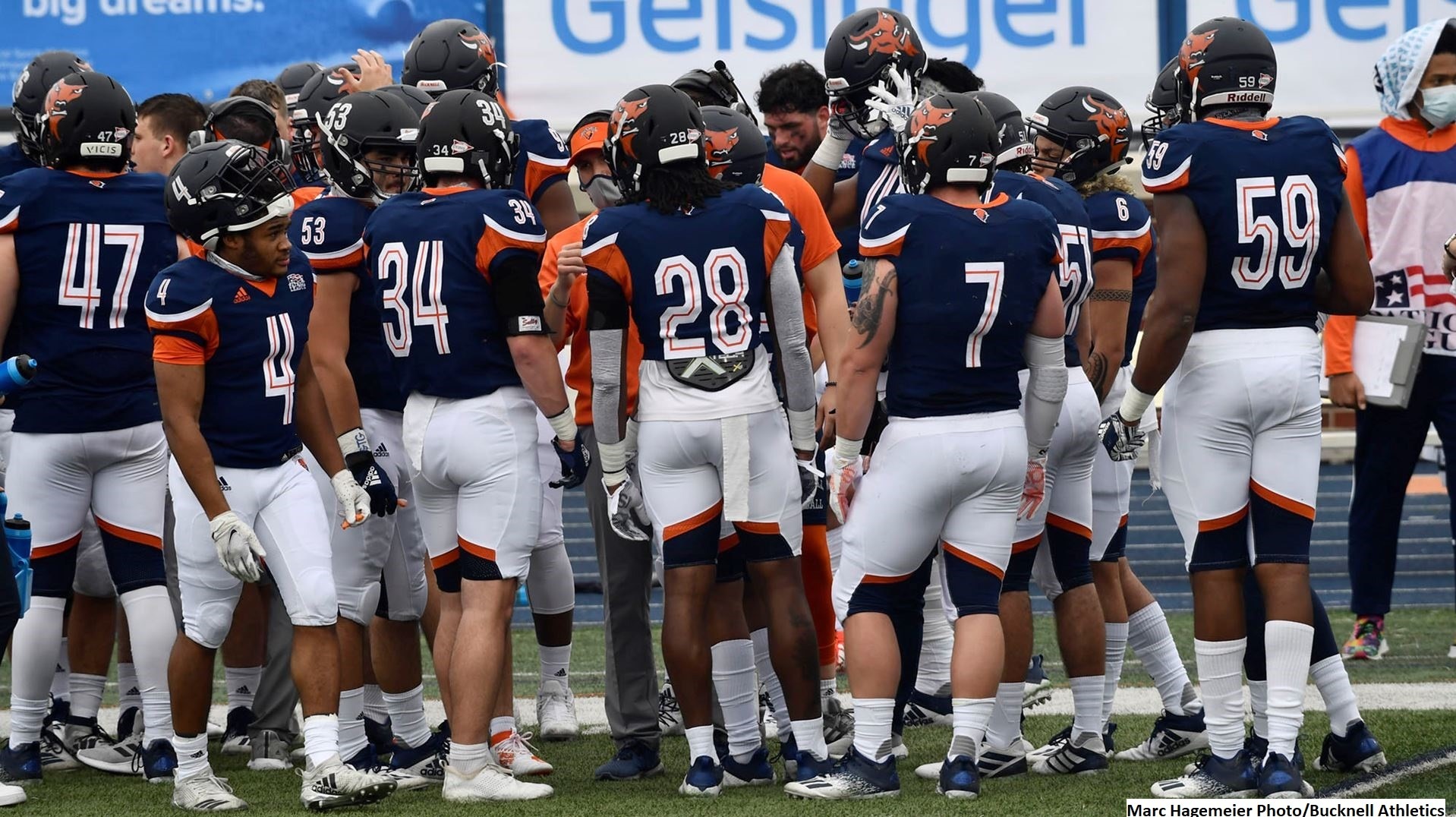 FCS Programs Without a Playoff Appearance? These Five Seek a Spring Fling

Before the spring season, predicting just one team from a group of Bucknell, Davidson, Mercer, Valparaiso and VMI to qualify for the FCS playoffs would likely have drawn a shake of the head.

It’s never happened for any of them.

Each program, though, is in serious playoff contention leading into the final two weekends of games before the 16-team playoff pairings are announced on April 18. Newcomers would continue a recent trend: There’s been nine first-time qualifiers over the last three playoffs (2017-19).

VMI and Mercer are two of the three teams in the mix for the Southern Conference’s automatic bid (AQ) along with ETSU, which was a first-time qualifier in 2018. VMI, which is in first place, can clinch the bid by defeating The Citadel on April 17. If VMI loses that game, the door would open to Mercer if it beats ETSU and Samford in its final regular-season games.

Davidson is in the driver’s seat for the Pioneer Football League’s AQ, sitting atop the standings as the only unbeaten team. Valparaiso, down one in the loss column, also has a realistic chance with two full weeks left in the league schedule.

The Patriot League will determine its AQ by hosting a championship game for the first time on April 17. Bucknell has clinched a spot as the South Division representative and will face a North Division team to be determined on Saturday.