Ain't Got No History? The Most Successful English Clubs | The Analyst 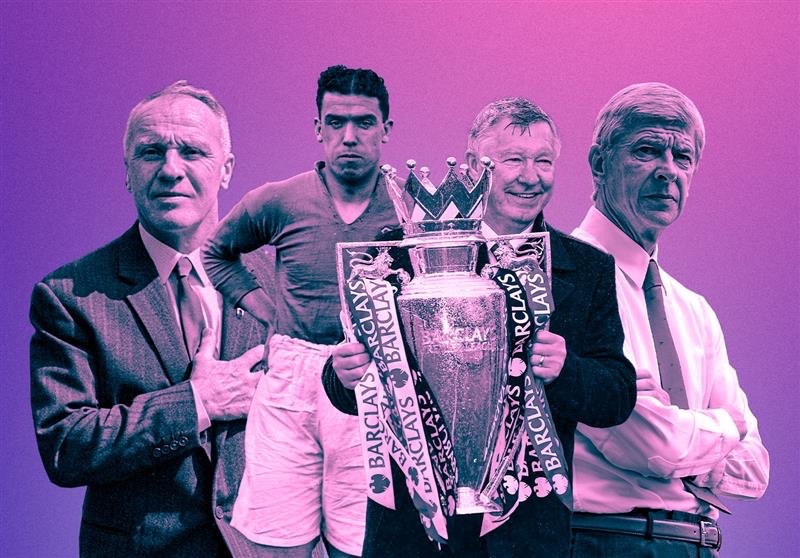 Ain’t Got No History? The Most Successful English Clubs

As football continues to come to terms with the Super League announcement, we examine the history of the six English clubs who have signed up and whether they really are the biggest teams in the country.

A football club’s history is wielded as both a source of validation and a sad lament for the passing of better times. Arsenal fans concerned that their club haven’t been league champions for 17 years should think about how Sheffield United supporters feel about the 123 years that have passed since their club finished top of the pile in England. Can we definitively prove Preston supporters think about the year 1888 more than anyone else? No, but it’s true. The names of the six English clubs who have announced their intention to take part in the proposed Super League are not a surprise, because like it or not, here in 2021, they are the biggest six teams in the country. If history alone was the adjudication process, then perhaps some other sides would have a shout, but probably not as many as you may think.

people asking whether Stoke have ever got close to zero again. Not reallyhttps://t.co/oNK2n9UBsz pic.twitter.com/OomOdJsrKN

The story of the game is always about clubs being in the right place at the right time. The 12 northern and midlands-based clubs who formed The Football League in 1888 had an immediate advantage over southern outfits, some of whom had to wait a long time before getting their chance at the top table. No southern club were champions of England until Arsenal did it in 1931, at which time Sunderland had already won the league five times. They’ve only added one more, though, while Arsenal trail only Manchester United and Liverpool in all-time wins. Form a super league in 1930 and Sunderland are in it, no question. But then again, no-one formed a super league in 1930, they were more concerned with the offside law.

Two of the teams who resigned their membership of the Football League to form the Premier League in 1992, Luton Town and Notts County, never got to enjoy any actual games in the new competition, because they were relegated alongside West Ham at the end of the 1991-92 campaign. Both did get to experience time outside of the EFL, via relegation from League Two. Notts County are still there. Form a super league in 1888 and Notts County are in it, no question. They finished second bottom in 1889 and had to seek re-election, along with Burnley, Derby and Stoke but all got back in. A molecule of Notts is present in the proposed Super League, with Juventus still sporting the black and white striped identity they magpied from the Magpies in the early 1900s. The 20th century borrowing authenticity from the 19th. And so the wheel turns.

In sheer number-of-games terms, the top-flight’s top three are Everton, Liverpool and Arsenal. Everton have spent the most seasons in England’s top division in its various guises, while Arsenal have the longest unbroken spell, bouncing back from a spell in the second division in the 1910s via one of the more unusual promotion mechanisms. Importantly in the context of the endless social media “no history” debates, Manchester City have the sixth highest total; not bad for a team who managed to lose home and away to Wycombe Wanderers in the third tier in 1998-99. Chelsea and Tottenham are not in the top six, but they are not wildly adrift either. They’re below Newcastle, yes, but had a super league proposal this concrete emerged in the 1990s, the north east side would almost certainly have been one of England’s candidates. Often it’s about when the carousel stops, rather than how long it’s been turning.

As it stands, not a single team in English top-flight history has managed to win 50% or more of their matches. Manchester United are the closest, on 48%, followed by Liverpool on 47.2%. Worryingly for supporters of the idea that the supposed current Big Six are not a historic Big Six, those six clubs, United, Liverpool, Arsenal, Tottenham, Chelsea and Manchester City form six of the top seven, with Leeds United in fifth place the interlopers. So surely Leeds are historically bolstered by this relevation? Well, maybe not as they have played fewer top-flight games than any of those other sides. Yes, Chelsea and Manchester City’s win rates have been lovingly progressed in the past decade or two but they’ve still played more than 7000 top-flight games between them. City were English champions while Steve Bloomer was still alive.

Total wins in the English top division is a list dominated by Liverpool who even when they’ve been experiencing lean times, have still managed to phone in some reasonably alright seasons. Yes, they had to endure a 30 year wait between their 18th and 19th league titles but they at least remained the division in that time, unlike, say, Manchester United in the 1970s. Tottenham were also relegated to the second tier in the 1970s and both they and Chelsea have relatively low numbers of top-flight wins, especially compared to Everton and Aston Villa, two sides very much not in the mix for the proposed Super League. Grimsby Town are bottom of League Two right now yet still have more than 500 more league appearances than Tottenham. Form a super league based on proximity to the North Sea and Grimsby are in it, no question.

Wins are nice but trophies are better. Liverpool’s Premier League triumph last year took them one major honour ahead of Manchester United, who may or may not go level with their arch-rivals this season. The sheer historic strength of the country’s two biggest clubs is obvious from this but Chelsea in fourth and Manchester City in joint-fifth may surprise some. City will go ahead of Villa if they win the Carabao Cup this weekend. Tottenham would just like a trophy really, although the fact they are two honours ahead of history’s Everton Football Club may once again not entirely match the narrative.

The league title is (was?) the bread-and-butter target for all clubs and if you like English football you’re highly unlikely not to know that Manchester United have 20 of them and Liverpool have 19. Thirteen of United’s crowns came under Alex Ferguson, nine of Liverpool’s came between punk rock and acid house. Everton have won nine titles but none since the division was sponsored by defunct newspaper Today. Sunderland sit alongside Chelsea and Manchester City on six league titles, but the chronological spread is huge. None for Sunderland since 1936 (no team in stripes has been champions of England since) while five of Chelsea’s and four of Manchester City’s have come in the Premier League era. Rebranding can come at a cost too: Sheffield Wednesday won their third title as The Wednesday in 1929, retained it under their cool new city-based name in 1930 and have never been champions again. Now Wednesday’s main function in top-level football is in arguments about which competitions should play midweek and which get weekend slots.

It feels like the history/authenticity argument splits along the same lines each time. Some think Manchester City, Chelsea and Tottenham have no right to be anywhere near a ‘Big Six’. As shown here though, that’s clearly not the case, and even if you think Tottenham’s relative lack of honours should count against them, the fact that reputationally they are still so large is actually in their favour. Yes, maybe they’re still living off what they did in the early 1960s, but isn’t that…the very history so many demand. The counter argument is that while the current Big Six are all undeniably big clubs, so are Everton, Aston Villa, Newcastle, Sunderland and others. The history that the Super League six have weaponized this week relies on playing and beating (and losing to) those other clubs as well. And what of clubs who have enjoyed short but glorious heydays, like Nottingham Forest in the late 1970s or Wolves in the 1950s? In truth, it all counts. Wolves essentially ‘invented’ European competition when they beat Honved under the (very new) floodlights at Molineux in 1954 and inspired L’Equipe’s Gabriel Hanot to create the European Cup. Football is in fact a long history of new competitions and formats, with a shake up every 30-40 years on average. What hasn’t changed, until now at least, has been the idea that any club, if they get their act together, can rise up to the top of the game.

Big clubs are very welcome to celebrate their history, but every team has the right to create its own. Season by season, promotion by promotion, relegation by relegation. What goes up, will probably come down.