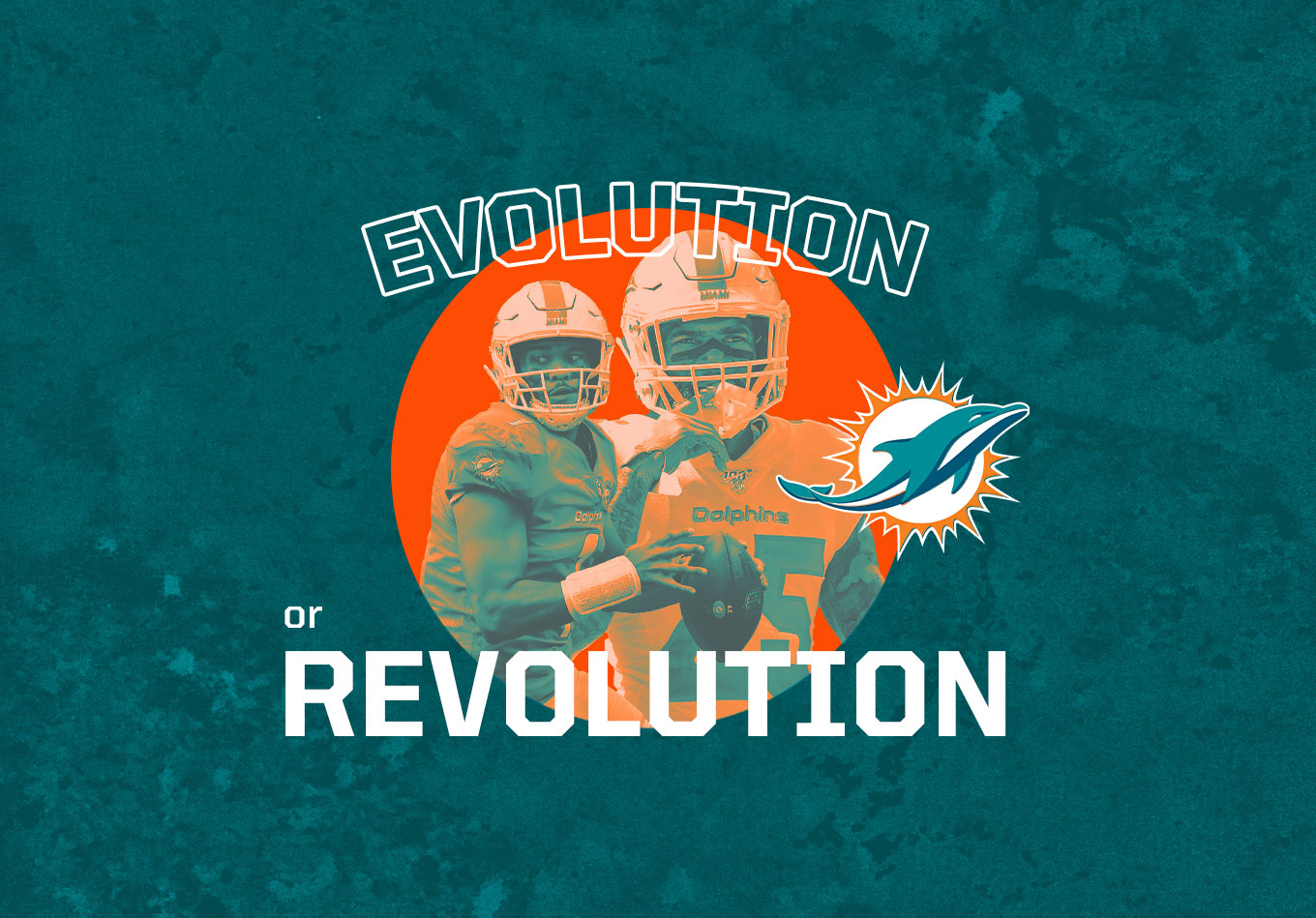 Tua Time Doesn’t Appear to Be Over in Miami

What shaped up to be a year of enormous positivity ended in disappointment and a dilemma for the Miami Dolphins.

The Dolphins were 5-11 at the bottom of the AFC East in 2019 before turning their fortunes around to finish 10-6 last year. But it wasn’t quite enough to make even an expanded playoff field.

With a trip to the postseason on the line, Miami suffered a humiliating 56-26 loss at Buffalo in the regular-season finale. And Tua Tagovailoa – the fifth overall pick tabbed as the Dolphins’ franchise quarterback – endured a dismal end to his rookie season.

Though he passed for a career-high 361 yards, Tua also threw three interceptions. And the costly defeat led those to wonder: Does Miami need to make a move at QB?

There have been and continue to be interesting options, but the front office looks as though it has chosen to give Tagovailoa more time after trading out of what figures to be a quarterback-heavy top five of this month’s draft.

Where does that leave Miami heading into next season? We break it all down.

The Dolphins hope they’ve made enough moves to elevate the offense around Tagovailoa, whose 1,814 passing yards were more than only Washington’s Alex Smith and Dwayne Haskins Jr. among QBs with 200 pass attempts in 2020. Jacoby Brissett has been brought in to replace Ryan Fitzpatrick as the team’s second quarterback.

Neither Tua nor Fitzpatrick, who has moved on to Washington, was helped by the limited receiving options. Only wideout DeVante Parker (63 catches, 793 yards, four TDs) and tight end Mike Gesicki (53 catches, 703 yards, six TDs) offered any real quality in that sense.

The Dolphins made a big move to improve that area by signing former Houston Texans deep-threat Will Fuller and figure to target another playmaker in the draft. That could include a running back after they finished 22nd in the NFL with 105.5 rushing yards per game last season.

Miami sought to add help up front by adding center Matt Skura this offseason. Skura is ranked 64th in our 2021 projected offensive lineman rankings, which are based on combined run block and pass protection data over the past three seasons.

With the deficiencies on the other side of the ball, Miami’s opportunistic defense had to shoulder much of the burden in 2020.

The Dolphins proved to have a bend-but-don’t-break approach, ranking 20th in total defense with 367.9 yards allowed per game but tying for fifth with just 21.1 points allowed. They also forced a league-high 29 takeaways.

Xavien Howard, who had 10 interceptions, and Byron Jones played leading roles in the secondary, while Emmanuel Ogbah (9.0 sacks), Kyle Van Noy (6.0 sacks) and Shaq Lawson (4.0 sacks) were productive in pressuring the quarterback.

However, there are concerns about whether Miami will be as effective in rushing the quarterback after trading Ogbah for linebacker Andrew Van Ginkel, Lawson for linebacker Bernardrick McKinney and releasing Van Noy. It could be an area the team tries to reinforce in the draft.

Though there were plenty of rumors about a potential revolution with a major trade for one of the disgruntled star quarterbacks, the Dolphins have chosen to stay the course for now.

They’ve been busy in free agency, but their spending has been unexceptional. Van Noy re-joined the New England Patriots, with whom they swapped defensive linemen as Davon Godchaux and Adam Butler traded places.

Butler’s contract with the Dolphins cost half as much as Godchaux’s in New England, but the new acquisition had four sacks in 2020 – more than the man he is replacing managed in his entire Miami career.

Those deals are indicative of what so far appears to be a cost-cutting one-in, one-out approach.

The biggest splash to date saw Fuller arrive after a career year catching Deshaun Watson passes – including eight touchdowns – in Houston. Fuller could serve as a pivotal boost to Tagovailoa’s options and enable him to develop his game in Year 2.

There’s little doubt that Miami’s success in 2021 will be defined by how the team performs at the game’s most important position.