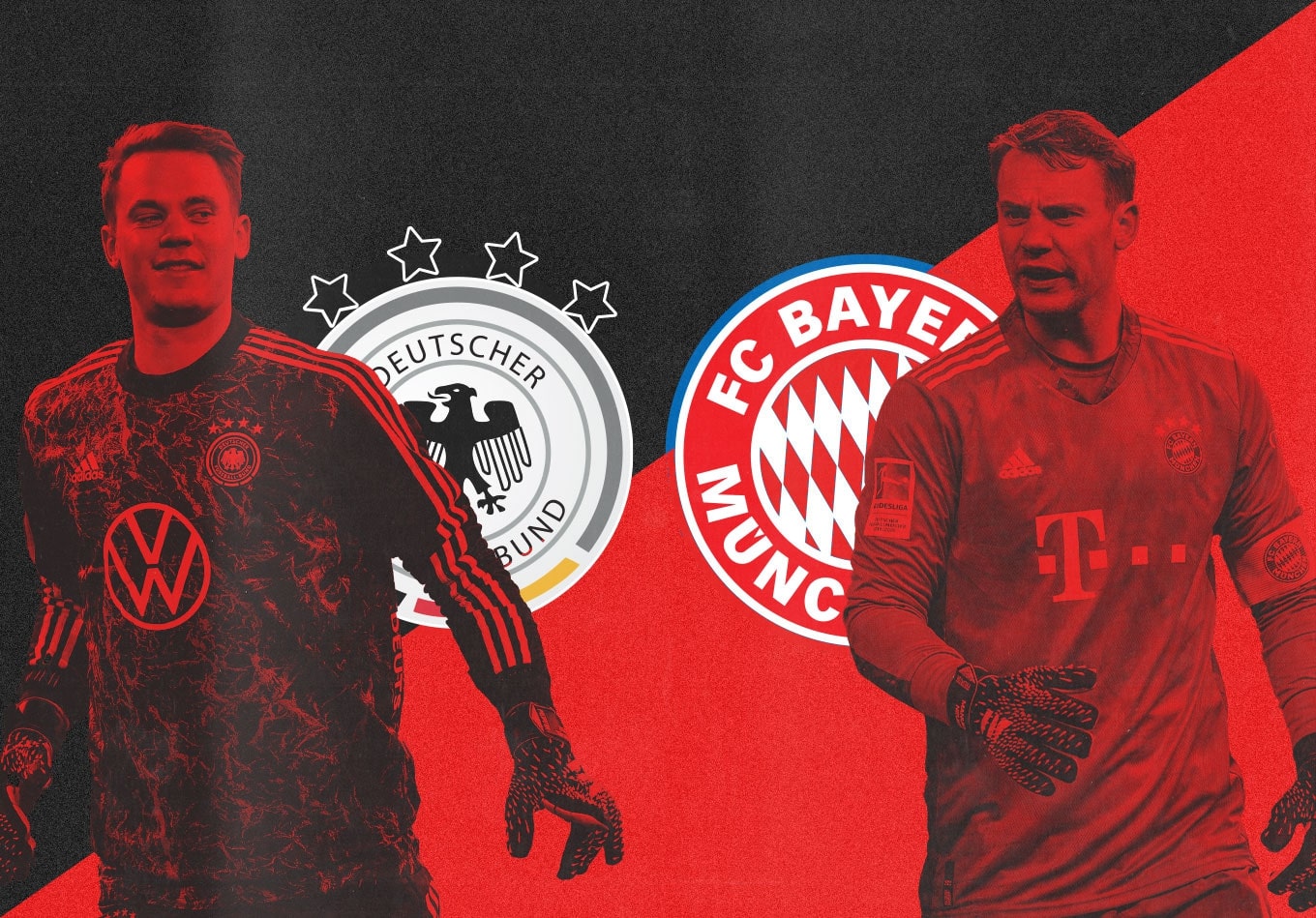 Although he’s just turned 35, Manuel Neuer undoubtedly remains one of the best goalkeepers in the game. The Bayern Munich captain gave the term ‘sweeper-keeper’ a completely new meaning when he burst onto the Bundesliga scene for Schalke in 2006. Since then, he’s maintained remarkable consistency at the highest level of the game. We examine the legacy the Bayern icon will leave behind.

In December 2020, while the world watched Robert Lewandowski pick up his much-deserved FIFA Best Men’s Player award, Bayern teammate Manuel Neuer silently scooped up FIFA’s Best Men’s Goalkeeper. It was his fifth Goalkeeper of the Year award, equalling the record set by fellow goalkeeping greats, Iker Casillas and Gianluigi Buffon. Such has been the form of the Bayern keeper this season that you would not bet against him surpassing that pair.

The German’s list of honours is as long as it is distinguished. He’s an eight-time Bundesliga champion (pretty good but he does play for Bayern); a two-time UEFA Champions League winner (OK, fair enough) and a World Cup winner (fine, you can’t beat that).

He’s now got another honour to add to that list.

On Jan. 20, 2021 Bayern beat Augsburg 1-0 in a fairly unremarkable game. However, with that clean sheet, Neuer equalled Oliver Kahn’s record for the most Bundesliga clean sheets in history. The wait to equal Kahn’s record was a long one, with Neuer stuck tantalisingly on 195 clean sheets for 11 games in a row between October 2020 and January 2021 – his longest run without a shutout in his Bundesliga career.

In the following game – a 4-0 victory over former club Schalke no less – Neuer kept his 197th clean sheet in the German top flight and made history in the process.

While those 11 games must have felt like an eternity for the great shot-stopper, in reality Neuer made swift work of the record, taking just 422 games to reach clean sheet number 197, while Kahn needed 557.

Let’s break down this record into more manageable numbers. Throughout his Bundesliga career, Neuer has conceded a goal every 111 minutes. That’s by far the best value among all goalkeepers in Bundesliga history to have played at least 1,000 minutes.

We can also emphasise Neuer’s Bundesliga dominance by looking at the regularity with which he keeps clean sheets. Turn out the answer is pretty staggering. The German No. 1 has kept a clean sheet in almost half his Bundesliga matches (200/432, 46%). Among all goalkeepers with at least 50 Bundesliga matches, nobody else has a higher clean-sheet rate than 37%.

OK, Bayern do regularly dominate in Germany, so let’s compare this figure to goalkeepers in Europe’s top five leagues. Of those to have played at least 50 matches this century, only Jan Oblak (54%) and Ederson (50%) keep clean sheets more regularly than Neuer.

The obvious rebuttal here is, ‘But Neuer’s played for Bayern over the last decade, it’s no surprise his clean-sheet numbers look great because he’s playing for a dominant team who win all the time.’

Sure, there’s certainly truth to that argument. Evaluating goalkeeping performances using traditional metrics like clean sheets has its limitations as these numbers can be heavily biased by team and defensive strengths.

By using the expected goals on target metric (xGOT) we can isolate a goalkeepers’ performance independently of the quality of the defence in front of them. xGOT measures the likelihood of an on-target shot resulting in a goal, based on the combination of the underlying chance quality and the end location of the shot within the goalmouth. Basically, it gives more credit to shots that end up in the corners than shots that go straight down the middle of the goal.

Since his Bayern debut in 2011, Manuel Neuer has faced an xGOT total of 227.9 in his 276 matches. This means we’d expect the average goalkeeper to have conceded just shy of 228 goals during this time frame. However, the Bayern shot-stopper has only conceded 190 goals over that time (excluding own goals), suggesting he’s performing better than the average goalkeeper would be expected to.

If we take the xGOT that he’s faced and subtract the actual number of goals he’s conceded (excluding own goals, as they don’t have an xGOT value), we arrive at a ‘goals prevented’ total.

Since Neuer’s debut at Bayern, he leads all goalkeepers in goals prevented and, frankly, it’s not even close. Since 2011, Neuer’s prevented almost 40 more goals than the average goalkeeper would have been expected to. Next on the list is Marc-André ter Stegen who prevented about 20 goals during his four-year stint at Borussia Mönchengladbach.

So yes, while Neuer’s traditional metrics are probably inflated by playing for a juggernaut team, he’s still been the league’s best shot-stopper by some margin.

In fact, looking back at his performances since joining Bayern, the 2018-19 season was the only campaign where Neuer underperformed vs. expectation, suggesting that some of the criticism levied at the German during that time could have been more due to a blip in form that came straight after an injury-blighted season, rather than a particular dissipating of his talents.

It’s not just domestically where Neuer has set records ablaze. He’s long had a great affinity with the Champions League too. One of his greatest moments in the competition came in his early years while playing for Schalke. With his side taking a 1-0 lead into the second leg of their last 16 tie against Porto in 2007-08, Neuer proceeded to repeatedly thwart the Porto attack. Up until the 86th minute, Neuer had saved every Porto effort on goal before Lisandro Lopez finally scored to take the game into extra time.

After a further 30-minute onslaught, the Schalke goal stood firm and the game went to penalties. Neuer had made 11 saves in total during the 120 minutes – more than any other goalkeeper in a single knockout game in the Champions League since detailed analysis began on the competition in 2003-04. If that wasn’t enough, Neuer also saved two penalties in the shootout to send Schalke into the quarter-finals for the first time in their history.

The German was made to wait a further five years to finally get his hands on the trophy. In 2013, Neuer’s six saves helped Bayern secured the title in a 2-1 win against Borussia Dortmund. Seven years later, the Bavarian side repeated the historic treble with a 1-0 win against Paris Saint-Germain. Neuer, alongside Kingsley Coman, was again key in the final, pulling off three crucial saves. Add in the two stops he made in the 2012 final against Chelsea and Neuer has saved a total of eleven shots in Champions League finals. Only Edwin van der Saar has made more saves in Champions League finals since the beginning of detailed data collection (17).

2020-21 could yet see Neuer win the competition again. Although now into his mid-30s, the German is still performing at an elite level. In this season’s edition of the tournament, Neuer has conceded only five goals, but the quality of the shots on target he’s faced (again using our friend xGOT) suggests he should have conceded twice that number.  With five goals prevented, it somehow looks like Neuer is still getting better and better.

Neuer is also widely credited with redefining what it meant to be a modern goalkeeper. Keepers are now expected to do far more than just save shots. They’re expected to sweep up, to become the eleventh man in possession, to be adept with the ball as they build attacks from the back.

The German has long been comfortable with the ball at his feet. Since the start of 2006-07, Neuer has the best passing accuracy among all goalkeepers in Europe’s top five leagues to have played 150 matches.

Under Pep Guardiola, Neuer developed his role as playmaker even further. The season before Pep arrived, Neuer’s passing accuracy stood at 75%. But in 2013-14 – Pep’s first season in Munich – it rocketed to 88%, Neuer’s best passing accuracy in a Bundesliga season in his career. Such was the significance of Neuer’s impact that season that he finished third in the Ballon d’Or voting, a mere 0.04% behind Lionel Messi.

Germany’s last 16 victory over Algeria in the 2014 World Cup is the match that most demonstrates Neuer testing the limits of what a goalkeeper could be. In that game he made 10 keeper sweepings, a record in a single World Cup game.

In the 2014 World Cup as a whole, Neuer made 24 keeper sweepings, more than any other goalkeeper in a single tournament since 1966 (the tournament back to which we have detailed data on this stuff).

Most Keeper Sweepings in a Single World Cup:

Part of the reason Neuer is one of the greatest goalkeepers of all time – and likely the most revolutionary in modern terms – is down to how well he balances the dual responsibilities of today’s goalkeeper: both preventing goals and helping his side score them.

Is he the greatest of all time? Bayern CEO Karl-Heinz Rummenigge thinks so:

What’s for certain is that Neuer shows no immediate signs of slowing down. As long as he remains on a perpetually dominant Bayern side, more silverware seems inevitable. With each trophy, Neuer’s reaffirming his place in the greatest goalkeeper of all time debate. 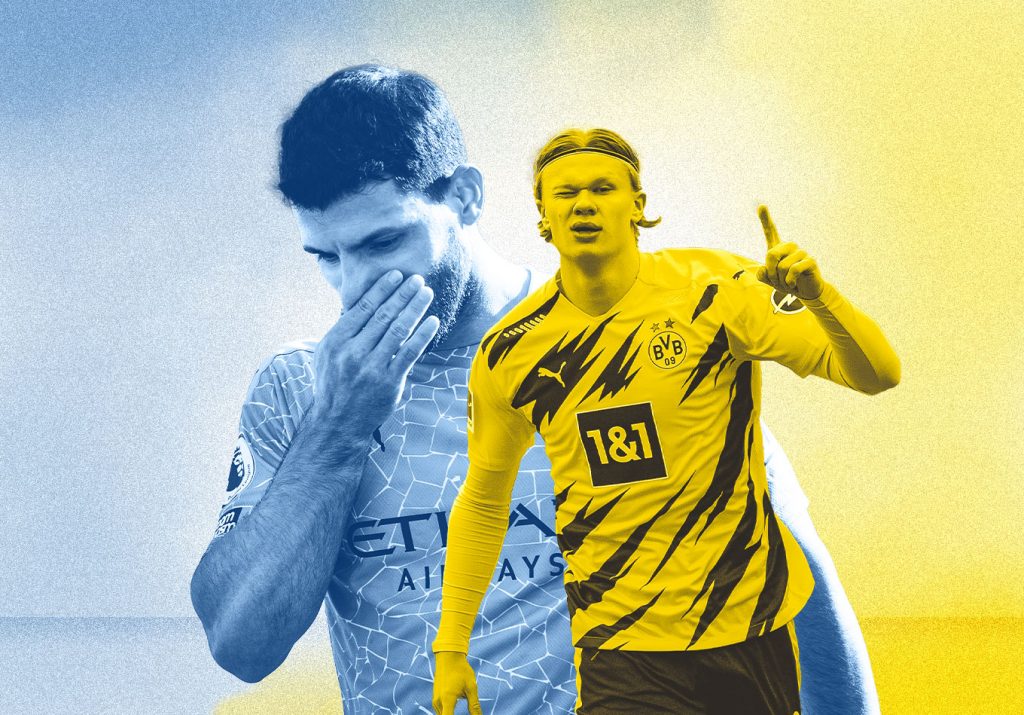