Will the Jets Be Flying High With Zach Wilson Under Center in 2021? | The Analyst 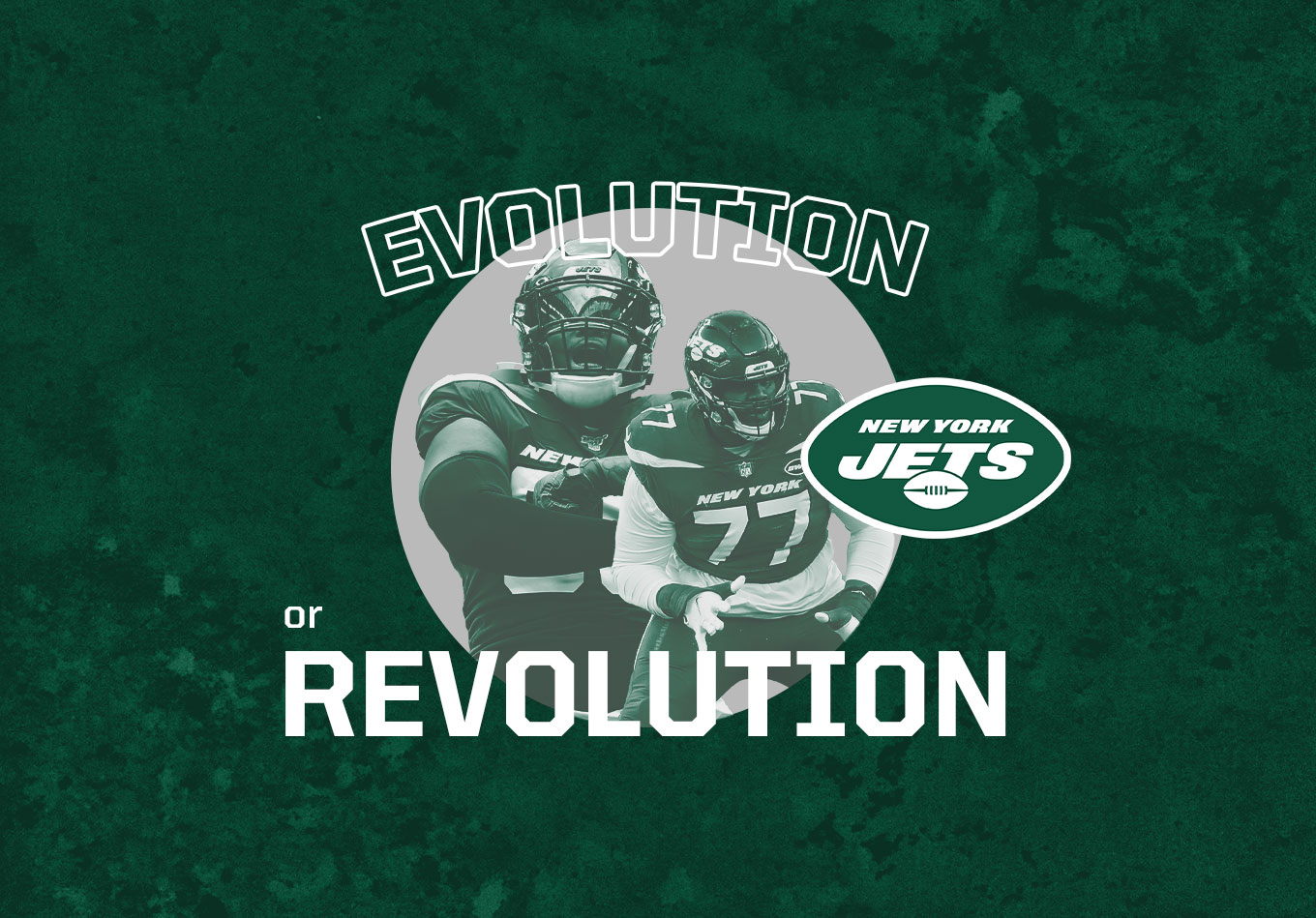 Will the Jets Be Flying High With Zach Wilson Under Center in 2021?

The New York Jets are once again starting over following a 2020 season that provided no end of reasons for general manager Joe Douglas to break things off with both his head coach and quarterback.

Their marriage with Adam Gase was one that always appeared doomed from the start, and the overdue end came after a 2-14 campaign.

A more difficult split for Jets fans might have been the end of Sam Darnold’s time as starting quarterback, which came with his trade to the Carolina Panthers ahead of the NFL draft.

Yet last year provided plenty of evidence as to why it was time for the Jets to accept things weren’t going to work out with the 2018 third overall pick.

The Jets, who own the second overall pick is this year’s draft, can look forward to a brighter future with a rookie quarterback – widely expected to be Zach Wilson – and an exciting new head coach in former San Francisco 49ers defensive coordinator Robert Saleh.

Saleh and former Niners passing game coordinator Mike LaFleur will hope to inspire significant improvement on both sides of the ball in 2021.

Using Stats Perform data, we reflect on the final year of an era Jets fans will want to quickly forget, as well as look ahead to the start of Saleh’s tenure in New York.

No offense was less efficient than the one belonging to the Jets in 2020.

They finished last in yards per play with an average of 4.72, ranking 31st in yards per pass play (5.16) and 24th in rush average (4.15). New York was 28th in pass plays that went for 20 yards or more with 39 with a lack of consistently competent play at quarterback.

Darnold again did not play a full season (12 games) and posted the third-lowest completion percentage in the league (59.6). He threw nine touchdowns to 11 interceptions for the fourth-worst TD-INT ratio in the NFL and completed only eight of his 33 pass attempts of 21 air yards or more.

A bright spot in the passing game came from Jamison Crowder, a slot receiver who led the team with 699 receiving yards in 12 games. Crowder caught 59 of his 89 targets and dropped only two passes, with 14 of the incompletions aimed in his direction coming as a result of poor throws.

The running game was not very dynamic; future Hall of Fame running back Frank Gore had the most rushing yards on the team (653) but did so at a rate of only 3.49 yards per carry. Excluding kneel-downs, the Jets had 26 rushes for negative yardage and only four teams had fewer runs of 10 yards or more.

By nearly every measure, New York’s offense was one of the worst in football. With LaFleur calling the plays in 2021, the only way should be up.

Though the season endured by the Jets’ defense was defined by a bizarre blitz call by former coordinator Gregg Williams that cost them a win against the Las Vegas Raiders, they were far from the worst in the league.

The team was strong against the run, finishing seventh with just 4.03 yards allowed per rush. But it was the pass defense that let it down. Only six teams gave up more yards per pass play than New York’s 6.93 and the Jets ranked 28th in passing first downs allowed (235).

They can afford to have hope of an upturn in fortunes on defense with Saleh calling the shots, having overseen an elite defense during his time with the Niners. San Francisco finished the season fifth in yards per play allowed despite a plethora of injuries, including losing pass rusher Nick Bosa to a torn ACL against the Jets. Their performance was illustrative of the influence of Saleh’s coaching, and he will hope to have the same impact on a Jets roster that doesn’t lack talent.

New York placed the franchise tag on Marcus Maye, who led the way in the secondary following Jamal Adams’ trade to the Seattle Seahawks. Maye’s 11 pass deflections were tied for the fourth most among safeties.

Up front, Quinnen Williams blossomed following an underwhelming rookie year in 2019. Williams’ seven sacks were the fifth most among defensive tackles in 2020, while he stuffed 6.0 runs for negative yardage, a total bettered by only two players (Ed Oliver and Zach Sieler, both 6.5).

The Jets also brought in edge rusher Carl Lawson, whose 65.5 combined knockdowns and hurries were tied for the ninth most in the NFL.

Between Williams and Lawson, the Jets could have a duo to turn their pass rush, which ranked sixth in hurries (177) but tied 20th in sacks (31), into a potent force that may elevate the defense into the upper echelon.

The Jets were in the advantageous position of having a plethora of salary cap space to use in a year when many teams had to save and not spend.

However, they did not simply go for the splash signing – as previous regimes in New York have done – but instead made astute additions to raise the talent level of the roster.

Lawson was the headliner, arriving on a three-year, $45 million deal after recording a 22.3% pressure rate (seventh among all edge rushers) last season.

Saleh will also attempt to get the best out of a former first-rounder in defensive tackle Sheldon Rankins, whose career has been hindered by injuries since his excellent 2018 season. Linebacker Jarrad Davis and safety Lamarcus Joyner represent low-risk deals after signing on one-year contracts to bolster the defensive depth.

On offense, LaFleur will hope to maximize the upside of wide receiver Corey Davis after he inked a three-year deal worth $37.5 million following a career year with the Tennessee Titans. Davis produced a ‘big play’ — defined as a burn for a catch of 20 yards or more, or a burn for a touchdown — on 38.3% of his targets in 2020. That ratio was 12th among receivers with at least 50 targets.

Wilson would represent a significant gamble at QB having had just one season of elite production at BYU. He faced a schedule that lacked top-tier opposition in 2020 and endured shoulder issues. He had shoulder surgery in 2019.

However, Wilson’s numbers from 2020 point to a quarterback who should excel running LaFleur’s offense. Wilson completed 73.4% of his play-action attempts, tied for fifth among FBS quarterbacks with at least 50 such passes.

Play-action is a staple of the Kyle Shanahan scheme that LaFleur will run in New York and the Jets can also be encouraged by Wilson’s completion percentage on third down (79.7 — first among FBS quarterbacks with a minimum of 40 throws) and on throws traveling 20 yards or more in the air (63.6 — first among FBS quarterbacks with at least 30 such passes).

The challenge will be translating that kind of production to the NFL. With a new head coach and quarterback and a crop of free-agent signings with the ability to have an instant impact, this latest reboot brings reason for optimism.