Will the Panthers' Gamble on Sam Darnold Pay Off? | The Analyst 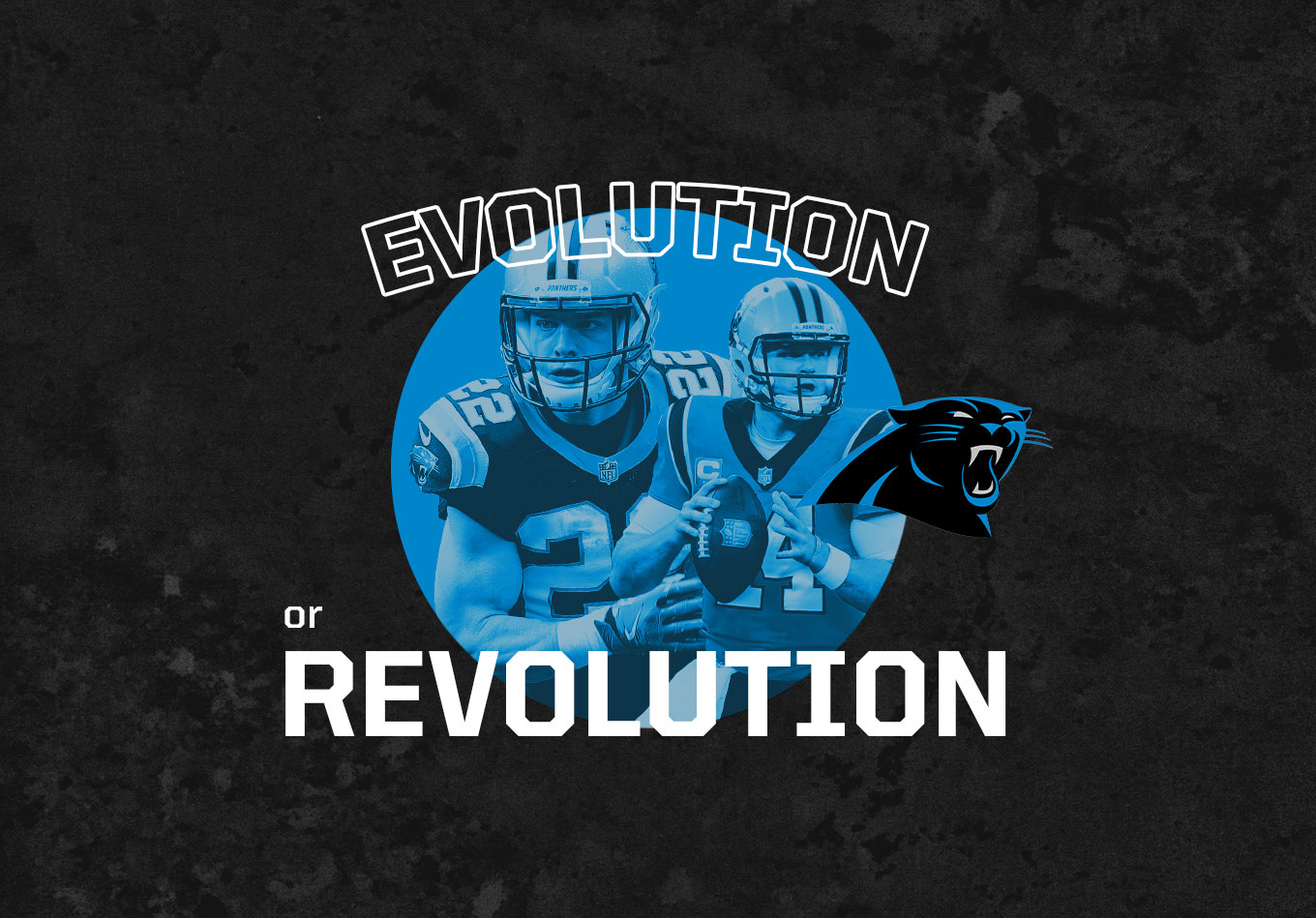 Will the Panthers’ Gamble on Sam Darnold Pay Off?

Rebuilds require patience, a willingness to accept growing pains and, initially, quite a lot of losing.

The Carolina Panthers experienced much of that in 2020 but the franchise now appears ready to accelerate the timeline.

After going 5-11 in 2020, Carolina decided to go out and take a chance on Sam Darnold, acquiring him from the New York Jets in exchange for a sixth-rounder in the 2021 draft and a second-rounder and fourth-rounder in 2022.

Can the Panthers help the 2018 third overall pick reach his potential? Is a better supporting cast (looking at you, Christian McCaffrey) all Darnold needs?

Carolina is hopeful that the answer is yes.

After ending the Cam Newton era, the Panthers had signed Teddy Bridgewater to be a placeholder at the quarterback position ahead of the 2020 season.

Now it appears as that chapter might be also be over. While there’s no guarantee Bridgewater will be traded, it certainly seems likely.

That’s not surprising given how limited the Panthers’ passing attack was in 2020.

Two teams had fewer touchdown passes than Carolina’s 16 as Bridgewater completed only 41% of his attempts of 21 air yards or more for three touchdowns and five interceptions.

Bridgewater was a quarterback more reliant on his receivers’ abilities after the catch than his arm strength. The Panthers had 4,129 gross passing yards and 50.7% of that total was made up of yardage after the catch — well above the league average of 45.6. DJ Moore, who finished 11th in the league with 1,193 receiving yards, also led the NFL with a burn percentage of 74.1.

That is not necessarily a criticism in an NFL where several teams rely heavily on short passing games that focus on the strengths of their receivers in the open field, but it became evident through the lack of downfield success that the Panthers needed a more dynamic quarterback to contend.

Carolina lost eight games by one score in 2020 and Bridgewater failed to author a single game-winning drive. He threw one touchdown and three interceptions in the fourth quarter last season, illustrating the need for the Panthers to acquire a more physically gifted quarterback who can make the clutch throws in the waning moments.

There’s no guarantee that Darnold will be the answer, but with many QBs expected to be taken with the first few picks of this year’s draft (Carolina picks eighth), trading for Darnold might have been the best option.

Of course, Carolina might have been more successful in finishing games had McCaffrey been available for more than three contests. Without the star running back who led the league in scrimmage yards and touchdowns  in 2019, the Panthers were 21st in rushing yards per game a year ago.

They actually slightly improved in terms of rushes of 10 yards or more, recording 47 to the 45 they registered in 2019. However, Carolina’s 64 scoring drives ranked 23rd in the NFL as the Panthers evidently gave defenses little to fear in 2020.

With a healthy McCaffrey and new QB1, there’s reason for optimism in Carolina.

The Panthers spent every pick of the 2020 NFL draft on defense and at least in terms of their pass defense, that decision paid dividends.

Carolina allowed 6.23 yards per pass play — the 12th-best average in the NFL — but the team was dragged down by a below-par run defense. The Panthers gave up 4.75 yards per rush, which only ranked better than four other teams.

And while teams did not move the ball efficiently through the air against Carolina, the team struggled to keep opponents out of the end zone. Seventy-four of the Panthers’ 161 opponent drives resulted in either a touchdown or a field goal, leaving them with an opponent scoring efficiency (46.0) that ranked 27th in the NFL.

Yet this youthful unit still showed enough for head coach Matt Rhule and the Panthers to be encouraged going into 2021. Carolina tied for 10th in the league in takeaways with 22 as third-round pick Jeremy Chinn contributed three of those in an impressive rookie season at safety.

The expected development from him and first-round defensive tackle Derrick Brown is good news, though the onus will be on Brown, edge rusher Brian Burns and new addition Haason Reddick to do more to pressure the quarterback after the Panthers tied for 23rd in the NFL with just 29 sacks. After tying for fourth in the NFL with 12.5 sacks for the Arizona Cardinals in 2020, Reddick signed a one-year deal worth $8 million.

Reddick also tied for third with 15 tackles for loss and forced six fumbles. He’s reunited with Rhule, who was his college coach at Temple. The Panthers also added defensive lineman Morgan Fox and linebacker Denzel Perryman from the Los Angeles Rams and Chargers, respectively.

It’s all about the quarterback in Carolina. The Panthers appear to have put their faith in Darnold and could potentially acquire some draft capital by trading Bridgewater.

But would Carolina draft a QB if the right man fell to them at No. 8? That remains to be seen.

Whoever it may be, the starting quarterback could be facing an uphill battle right away unless the Panthers play better up front. The offensive line has been rebuilt, although Cam Erving and Pat Elflein aren’t exactly can’t-miss free-agent signings at left tackle and left guard.

Right tackle Taylor Moton received the franchise tag last month before signing a one-year contract and right guard John Miller was brought back, but Russell Okung remains a free agent. Keeping Moton locked up should be a solid move. He sits 29th in our 2021 projected OL rankings at 5.45% better than the league average lineman.

Having gotten little production from the tight end spot last season, the Panther signed Dan Arnold after Ian Thomas led the position with just 145 receiving yards in 2020. Arnold had 31 catches for 438 yards and four touchdowns for the Arizona Cardinals last season.

The defense is not perfect, but after focusing on that side of the ball last year, look for Carolina to flip the script and continue solidifying its offense.