Banking on Mr. Smile: Is Francisco Lindor Really Worth $341 Million? | The Analyst 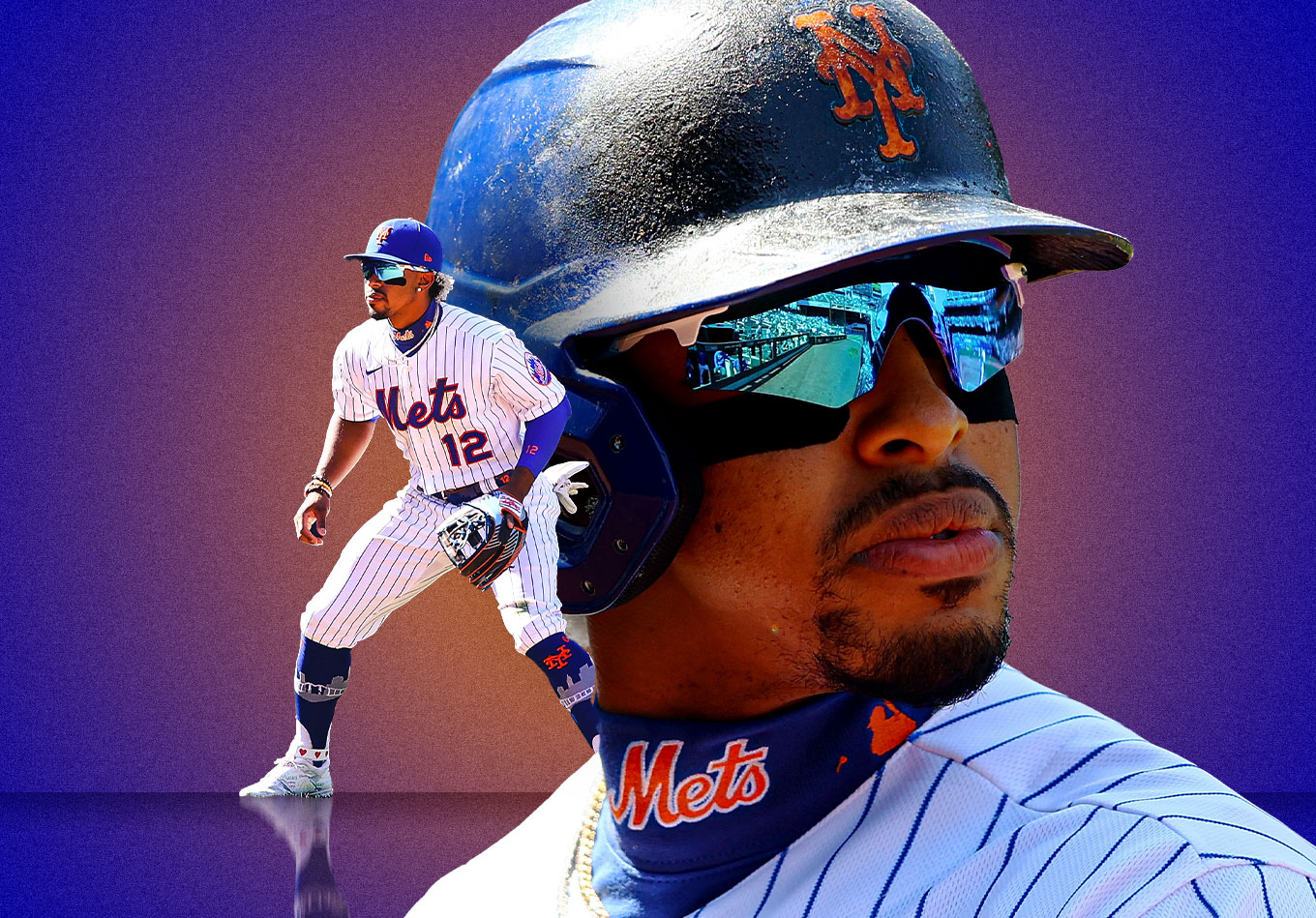 Banking on Mr. Smile: Is Francisco Lindor Really Worth $341 Million?

The two met for dinner just days before Opening Day, which also doubled as Lindor’s self-imposed deadline to negotiate a contract extension. According to Cohen, the ravioli wasn’t good.

Next time, dinner might be on Lindor. He and Cohen later agreed on a $341 million deal that will keep one of baseball’s best shortstops in blue and orange for the next decade. The dinner conversation must’ve been fairly productive.

By signing a deal like that, Lindor unequivocally became the future of the New York Mets. The key question that remains is perhaps the most important one: Will his contract be one the Mets come to regret?

Cohen has talked a big talk since he was first introduced as the Mets’ new owner. Notably, he said it would be “slightly disappointing” if his team didn’t win the World Series within three to five years. He needed to prove his Mets would actually compete and not play second fiddle to their crosstown rivals in the Bronx. He needed to walk the walk.

The hedge fund billionaire certainly has the money to make things happen. Cohen stands atop the list of baseball’s richest owners and is worth more than the next three combined, according to Forbes data from last year. He began his reign by bolstering the team’s tiny analytics department. Next, he needed a new face to represent this new era of Mets baseball.

Who better to be that face than “Mr. Smile” himself, Francisco Lindor?

The Mets brought Lindor to the Big Apple in an offseason trade before turning their attention to locking him up for the long run. Lindor’s camp reportedly wanted $385 million over 12 years, but the Mets stood firm — for a while — at 10 years and $325 million. In the end they met between, settling on an extension for just $1 million more than Fernando Tatis Jr.’s newly minted megadeal with the San Diego Padres.

Lindor’s contract is the third-largest in MLB history but it actually comes with its fair share of red flags.

Let’s take a look at some of the data behind this deal. In case you’re unfamiliar, raw value+ (RV+) examines a hitter’s performance throughout each pitch of an at-bat as opposed to just the final outcome. It’s a function of discipline, contact rate and batted ball data.

Shortstop is a premium position, though, so doesn’t that count for something? It depends on your perspective. Lindor is considered one of the best defensive shortstops in the game and has two Gold Gloves to his name. But the best players at their position don’t get one-third of a billion dollars. The best players in all of baseball do. Let’s take a look at a couple of examples:

Mookie Betts and Mike Trout are the two guys who have contracts richer than Lindor’s. How do their numbers stack up? Trout, who owns a $426.5 million dollar contract, hasn’t ranked outside the top 10 in RV+ in the last five years and has been in the top five on four occasions. His worst year (152 RV+ in 2016) is still better than Lindor’s best.

Betts’ numbers aren’t as staggering as Trout’s but are still impressive. His RV+ was 169 during his 2018 MVP campaign and was 146 last year. The Dodgers are paying him $365 million over 12 years.

Tatis (165 RV+ in 2020) held the richest contract ever given to a shortstop ($340 million over 14 years) for a little more than a month. His deal and Lindor’s, however, are fundamentally different. Tatis is five years younger than Lindor and had yet to accumulate the service time needed to reach arbitration. His contract extension buys those years out, making him more money now at the potential expense of even more money later.

Many players have signed these kinds of deals in recent years with Ronald Acuna Jr. and Luis Robert serving as prime examples. The Padres could have saved themselves more than $100 million by extending Tatis this early. The Mets, on the other hand, could be kicking themselves in the back-half of Lindor’s contract.

When the Tatis and Lindor contracts expire, El Niño (36) will be two years younger than Mr. Smile (38). This is especially noteworthy because shortstops don’t have the greatest track record playing well into their 30s. Just seven starting shortstops were 30 or older on Opening Day this year. Only two of them had enough at-bats last season to even qualify for a batting title. None of the seven both qualified and posted an RV+ better than league average in the same season over the past two years.

Some of the great shortstops of the last 15 years also ran into trouble in their 30s.

Jose Reyes was an All-Star and hit .337 in his 28-year-old season but failed to eclipse .300 or make another All-Star Game for the rest of his career.

Hanley Ramirez received MVP votes on four occasions in his 20s (including his 29-year-old season) but not a single time after that. He also moved away from shortstop and spent more time in the outfield and at first base toward the end of his career.

Jimmy Rollins won an MVP at 28 but didn’t get a single vote for the same award for the last nine years of his career.

Derek Jeter was one of the few shortstops who continued to produce offensively in his 30s. The Yankee captain hit north of .300 six times in his 30s and led the majors in hits at 38. Mets fans would be thrilled to get the same level of durability and production out of Lindor.

The past is obviously not a perfect indicator of the future. Lindor is a special player and there’s no saying he can’t continue to perform at a high level in his 30s. But will it be probable or at a level worthy of $341 million?

Even big-money guys like Miguel Cabrera and Albert Pujols, who play less strenuous positions, significantly dropped off in their 30s. Both have gotten more playing time than they deserved, likely because the Tigers didn’t want to put their longtime star on the bench and the Angels wanted to see Pujols climb the all-time home run list while their team was out of contention. Both have amassed a negative WAR since 2017.

At the end of the day, baseball is a business — a business that according to Forbes made $10.7 billion in 2019.

As such, a $341 million player should also be considered an asset. Lindor can pack the Citi Field stands when pandemics allow, increase television viewership and bring excitement to a fan base that hasn’t seen its team win the World Series in 35 years.

His impact is already palpable on the macro-level. MLB’s 20 most popular jerseys of 2020 did not include a single Met, nor Lindor. On this year’s list, Lindor came in at No. 8 — two spots ahead of Mike Trout.

Whether this all adds up to being worth the $341 million price tag for Lindor remains to be seen, but history is not on the Mets’ side. For now, the deal probably won’t be one Cohen loses any sleep over.

From Day 1 as majority owner, Cohen’s rhetoric signaled he was going to make a splash. He wasn’t going to wait until Year 2 or 3. He couldn’t. It had to happen in Year 1. Can the Mets now deliver and bring a World Championship back to Queens? To be determined. For the time being, here’s what is clear: Cohen made his splash, the Mets are here to play and Mr. Smile can afford all the chicken parm he wants.