Dušan Vlahović: The Wise Alternative to Erling Haaland? | The Analyst 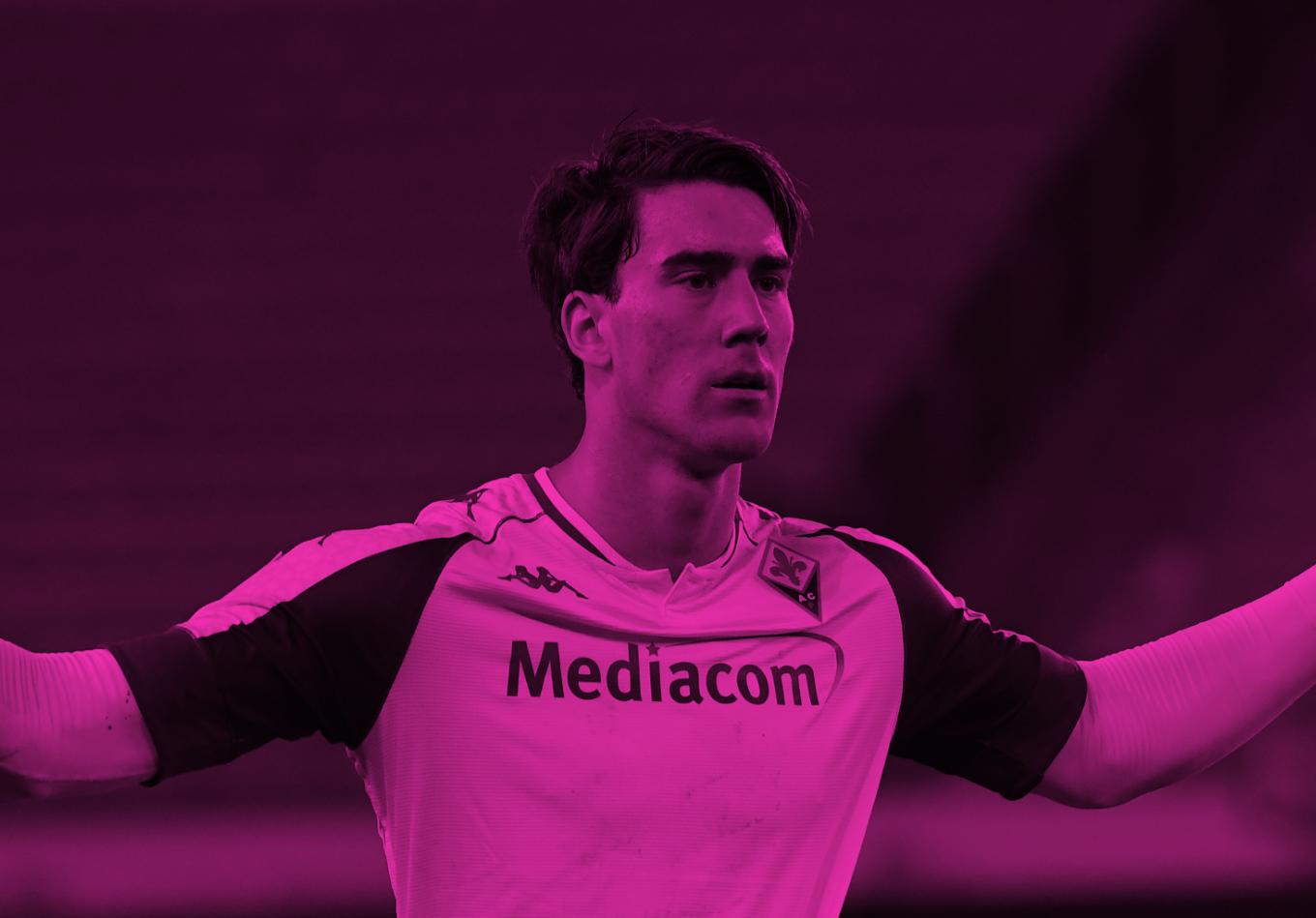 Erling Haaland is the name on everyone’s lips as Europe’s elite queue up to get their hands on Borussia Dortmund’s prized asset. From Real Madrid, Manchester City, Barcelona and Manchester United, to Chelsea, Paris Saint-Germain, Juventus and Bayern Munich, there is no shortage of interest in the Norwegian sensation.

“I don’t think there’s a sports director or trainer in the world who would say ‘not interested,'” Haaland’s agent Mino Raiola told BBC Sport in February. “It’s like saying: ‘Is there a Formula 1 team who would not be interested in having Lewis Hamilton?'”

The issue is, only a handful of clubs – in a coronavirus-impacted transfer market – could realistically afford to price the €180m-rated Haaland from Dortmund, where the 20-year-old is contracted until 2024 and his reported €75m release clause does not come into effect until 2022.

A revelation for relegation-threatened Fiorentina in 2020-21, the powerful but nimble left-footed Serbia international has emerged as a cheaper alternative in a Haaland-dominated market. Vlahović’s 16 league goals this season have reportedly caught the eye of a host of top European clubs, ready to upgrade their forward line this summer.

Present, Not the Future

Vlahović has been destined for the top, the player says so himself.

“I am a Zlatan Ibrahimović from Belgrade, I will play for the strongest clubs,” is what former Fiorentina forward Valeri Bojinov recalled being told by Vlahović in an interview with Transfermarkt earlier this year.

There have always been high expectations for Vlahović.  He became the youngest debutant in Partizan Belgrade’s history after making his debut aged 16, while he became the youngest goalscorer in the club’s 75-year history that season. But he is more than just the future, he is the here and now.

In a struggling Fiorentina side fighting to preserve their top-flight status, Vlahović has been a shining light. The 21-year-old’s tally of 16 goals in 31 appearances is only behind Haaland (23 in 25) for most goals by players aged under 22 in the top five European leagues in 2020-21.

Vlahović is the first Fiorentina player to score 16 goals in a single top-flight campaign since Giuseppe Rossi in 2013-14, the first player born after the year 2000 to reach 20 Serie A goals and one of just four players born post-2000 to net 20 career goals in Europe’s top-five leagues. He also became the first Fiorentina player to score a first-half Serie A hat trick since Kurt Hamrin in 1964 after his treble against Benevento in March.

Vlahović has 22 goals in 71 Italian top-flight appearances, one more goal than Juventus’ Paulo Dybala (21) from one game fewer (72) before the age of 22 Though Alexandre Pato bagged 50 goals in 102 Serie A games and Bojinov tallied 22 goals in 86 league matches in Italy before celebrating their 22nd birthdays – it did not exactly go according to plan for the latter pair.

The average non-penalty shot conversion rate in Serie A this season is 11.1% and Vlahović has performed comfortably above this average, by converting 17.6% of his shots. This is in line with the quality of chances he has been given, with his expected goals (xG) per non-penalty shot at 0.17.

Being able to sustain this over a longer period will reveal more about the qualities he possesses as a forward, but the Belgrade-born sensation is on the right track.

There were signs of promise in 2019-20, but Vlahović’s form was patchy with six goals in total.

Expected to hit the ground running this term, Vlahović had a dismal return of just one goal from his first 10 appearances of the season. Despite growing pressure, he kept the faith thanks to some advice from star teammate Franck Ribéry.

“When I was down, he spoke to me and told me to never give up,” Vlahović said. “That’s how I understood what it means to be a champion on the pitch and in life.”

Starting to realise his enormous potential, Vlahović made his senior international debut in October last year and scored his second goal for Serbia in March’s World Cup qualifier against Ireland – his improvement is clear to see.

Being able to produce shots from wiser positions on the pitch is a sought-after skill and the 21-year-old has excelled in 2020-21. Of the 13 players to have scored at least 10 non-penalty goals in Serie A this season, only Simy (0.21 xG) Romelu Lukaku (0.20 xG) have averaged better quality shots from open play than Vlahović.

More Than Meets the Eye

At 6-foot-3, Vlahović is a towering presence on the field. Powerful and quick but technically astute and comfortable with the ball at his feet, he possesses trademark Balkan traits.

Vlahović has been involved in the second-most aerial duels in Serie A this season – 206, behind only Sampdoria midfielder Morten Thorsby. For his stature, it is surprising to discover he has only won 42% of those duels, among the lowest of players to be involved in at least 100 aerials this season in Italy’s top-flight.

You would also expect a healthy portion of Vlahović’s goals to come in the air, but this isn’t the case. Only one of his 16 goals have come from a header, this despite attempting the second-most headed shots in Serie A (17) and just three of these have been on target (18%).

There is more to him than meets the eye, just look at his stunning stoppage-time equaliser against Inter last season. Starting with his back to goal in his own half, he left Milan Škriniar and Stefan de Vrij scrambling before producing a clinical shot across Samir Handanović. Vlahović’s control, awareness, speed and finishing on display for all to see in Florence.

Or there is the Turin example seen in December, Vlahović splitting Matthijs de Ligt and Leonardo Bonucci and leaving the Juventus pair in his wake as he expertly scooped the ball over the onrushing Wojciech Szczęsny.

Fiorentina’s Vlahović is only involved in 25% of shot-ending sequences for the Viola, with just one in four of their open-play shots involving him either as someone in the passing build-up for the shot, the assister of the shot or the player to take the shot. When Vlahović is involved, he’s usually the end of the chain.

Compare this to Haaland. The Norway international is far more involved in the build-up or as the provider than Vlahović and it is the same story with the Serie A’s top two goalscorers, Juventus superstar Cristiano Ronaldo and Inter’s Romelu Lukaku.

Haaland is much more of a box player than Vlahović – 24.5% of the former’s touches are in the penalty area, with 12.1% shots. If you compare that to his Fiorentina counterpart, whose 15.2% of touches are in the box and just 7.6% are shots.

“I watch him and I try to understand his finishing and how he moves,” Vlahović, whose has scored a lot of his goals from central areas, told La Repubblica of Haaland. “Then, I focus on my strong points and my weaknesses. It may be presumptuous, but with commitment, I can get there too.”

While not yet as clinical, Vlahović is confident he can reach the same level as Haaland and there are not too many reasons to doubt him.