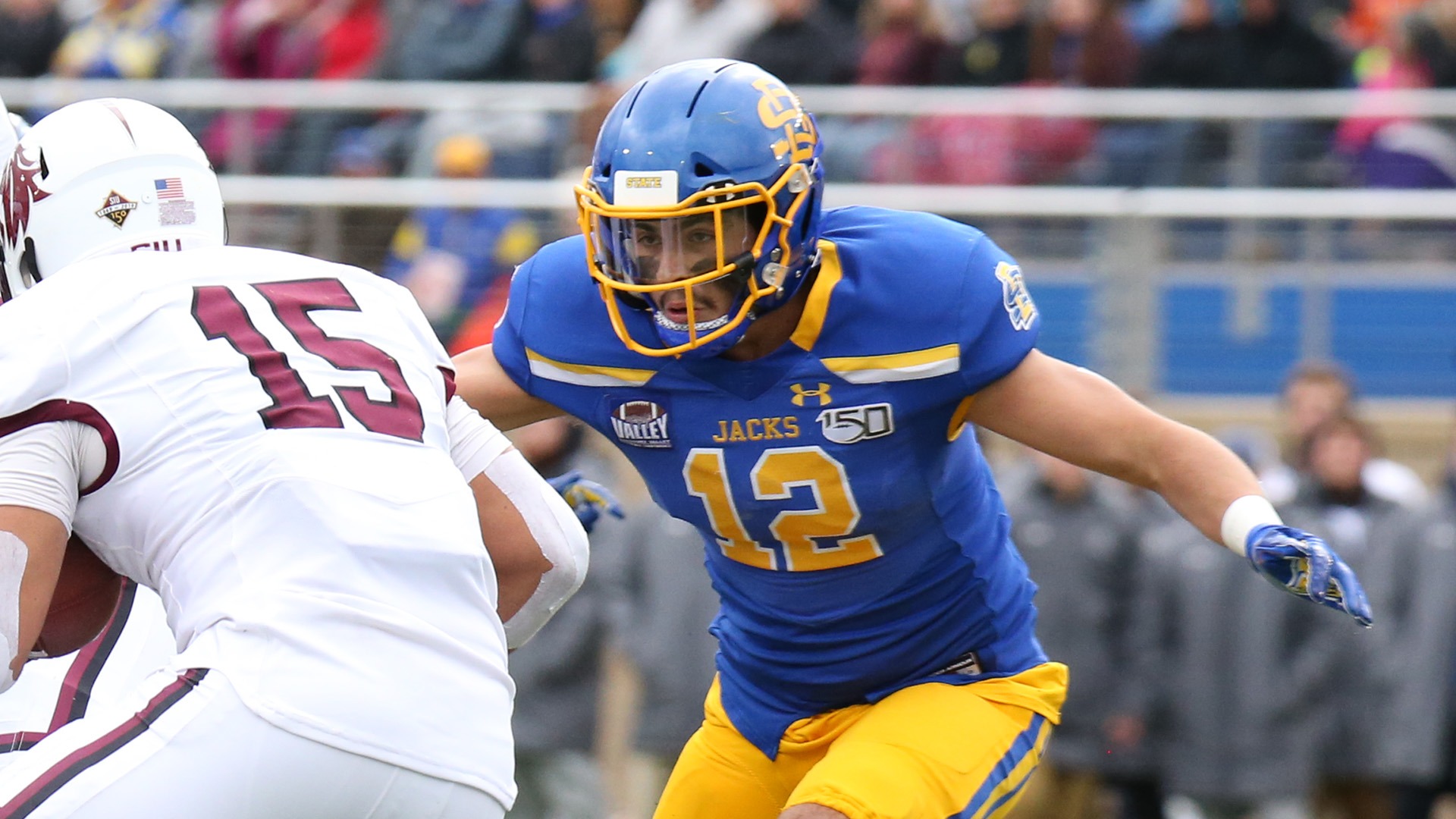 Top-seeded South Dakota State will host Southern Illinois in one of the FCS spring playoff quarterfinals on Sunday.

The Skinny – Top-seeded South Dakota State has been on a tear with its running game and defense. The Jackrabbits mauled Southern Illinois in last month’s Missouri Valley Conference matchup by scoring 41 points over the second and third quarters, with RB Isaiah Davis (150 yards, 3 TDs) and Gronowski (103-2) leading a 392-yard ground assault. The defense hasn’t bent or broken while allowing only 23 points (a mere two touchdowns) and just 219 yards on average in the Jackrabbits’ last three games. LBs Preston Tetzlaff (49), Adam Bock (47) and Backhaus (43) rank 1-2-3 on the team in tackles. Southern Illinois has gotten hot at the right time of the season behind Labanowitz, whose last-minute TD pass to Branson Combs in the final minute at Weber State produced the only road upset of the first round. It doesn’t seem to matter who’s available for the Salukis at running back because Javon Williams Jr. (507 yards, 7 TDs), Romeir Elliott (491-4) and Justin Strong (370-2) keep eating up yardage. Conversely, though, the Salukis aren’t exactly stout against the run, having allowed nearly 201 rushing yards per game on five yards per carry. CB James Ceasar has an FCS-high 13 passes defended (one INT, 12 breakups).