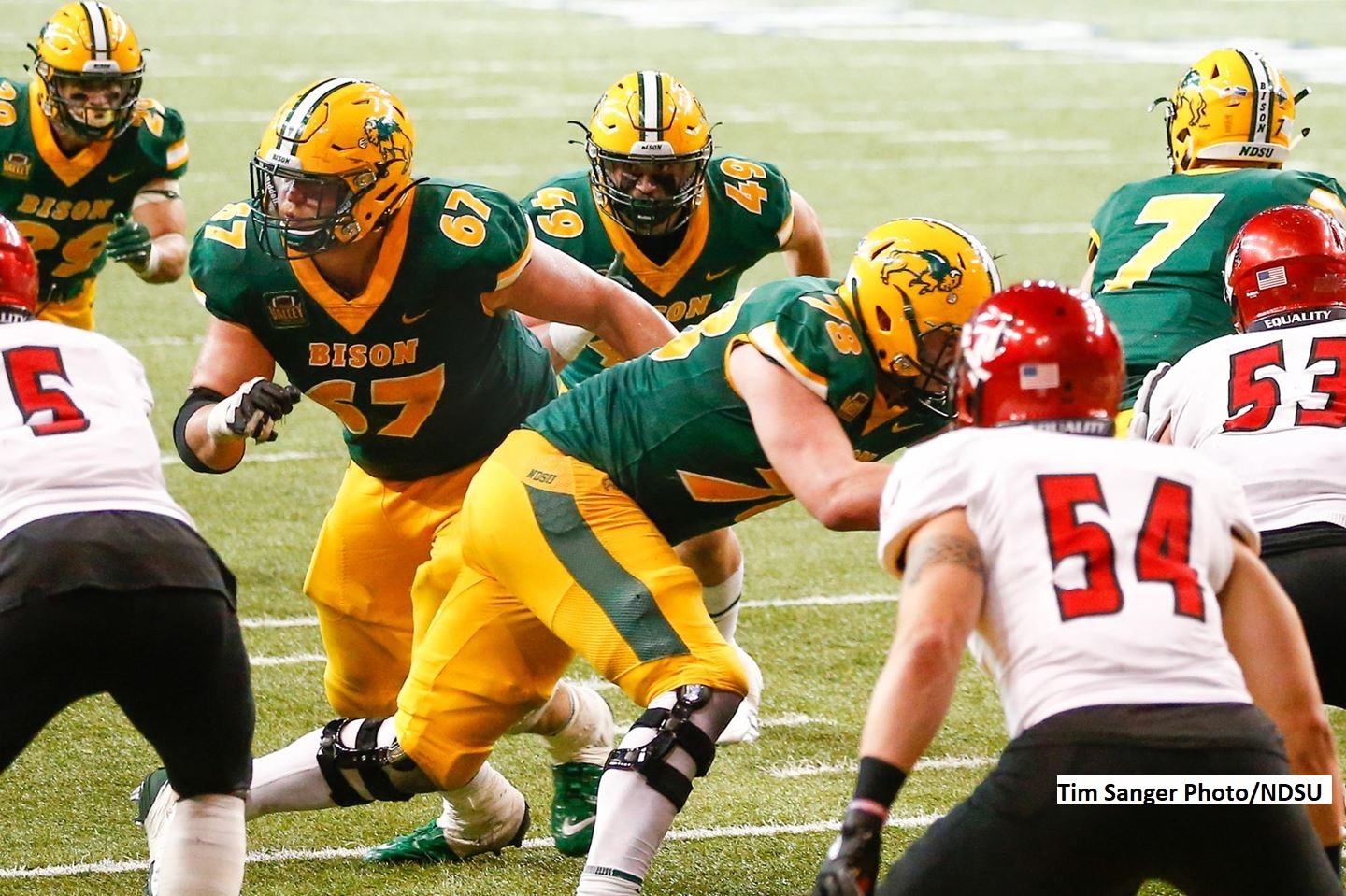 Three-time defending national champion North Dakota State will travel to Sam Houston in one of the FCS spring playoff quarterfinals on Sunday.

The Skinny – North Dakota State defeated Sam Houston in the 2011 and ’12 FCS championship games and the 2014 and ’17 semifinals. Sluggish offensively in the regular season, NDSU suddenly has a three-headed monster at running back with Dominic Gonnella (449 yards, 2 TDs), Hunter Luepke (401, 6) and Bussey. One key is how well the true freshman Miller handles Sam Houston’s pass rush. While WR Christian Watson is the deep threat (23.6 yards per catch), Bison TD passes often go to the tight ends, and Josh Babicz and Noah Gindorff have combined for five of nine overall this season. LB James Kaczor, the team’s leading tackler, missed the first-round win over Eastern Washington due to a groin injury, but true freshman Cole Wisniewski stepped in with a team-high nine stops. Sam Houston, the Southland champ, is 14-0 all-time in home playoff games, and Keeler is 28-0 including his stints at Delaware and Rowan. The Bearkats averaged 524.7 yards and 44.8 points per game in the regular season, but managed only 257 and 21, respectively, while eliminating Monmouth in the first round. RB Ramon Jefferson bailed the offense out with 95 yards and two TDs. The defense has amassed 77 tackles for 318 yards in losses and 31 sacks, led by Perry, DE Jakari Kay (11 TFL, 6.5 sacks) and LB Trevor Williams (10 TFL, 2 sacks). The unit has suffocated the run for two seasons, allowing only four of its last 19 opponents to surpass 100 yards, and just 58.9 rushing yards on average this spring.