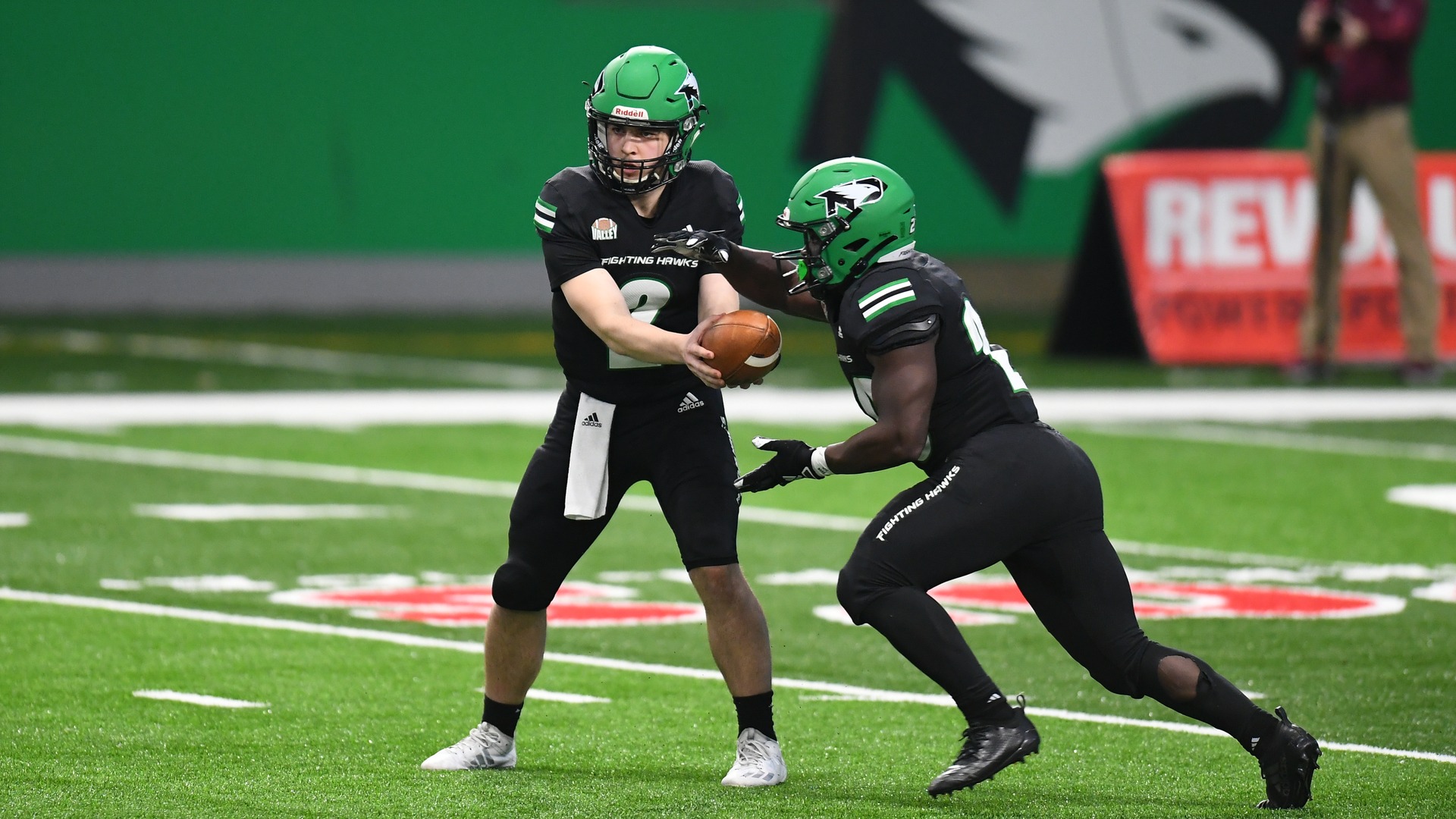 Third-seeded James Madison will host North Dakota in one of the FCS spring playoff quarterfinals on Sunday.

The Skinny – Smash-mouth football will be on display with both teams possessing strong offensive lines and versatile running backs. Cignetti said North Dakota’s bullish Weah may be the best running back he’s coached against in the last five seasons. James Madison has the superb combo of Agyei-Obese and Hamilton, the latter scoring on a 99-yard run against VMI in the first round for the longest play from scrimmage in playoff history. UND, which throttled Missouri State 44-10 in an all-Missouri Valley first-round game, has allowed only 20 tackles for loss – a 3.33-per-game average which is the best in the FCS – with just one a sack. Meanwhile, the Fighting Hawks’ defense has played aggressively, totaling 22 sacks and helping to create a plus-7 turnover advantage. The offense is conservative in the passing game, ranking 44th nationally in yards per attempt (7.11) and only 73rd in yards per completion (10.95). JMU, top-ranked for the final eight weeks of the regular season, has won 10 straight home playoff games. The CAA power seeks to control time of possession considering UND has held an advantage in all wins and didn’t in its lone loss to North Dakota State. QB Cole Johnson has to avoid interceptions (six versus six TDs), but the 6-foot-5 fifth-year senior works with big-play wide receivers in Antwane Wells Jr. and Kris Thornton. The Dukes’ defense finally allowed an opponent to surpass 100 rushing yards this season – VMI with 111 – but it’s happened only three times in their last 22 games since 2018. Ethan Ratke is 68 of 81 (84 percent) on career field goal attempts, kicking at least one in 19 straight games.