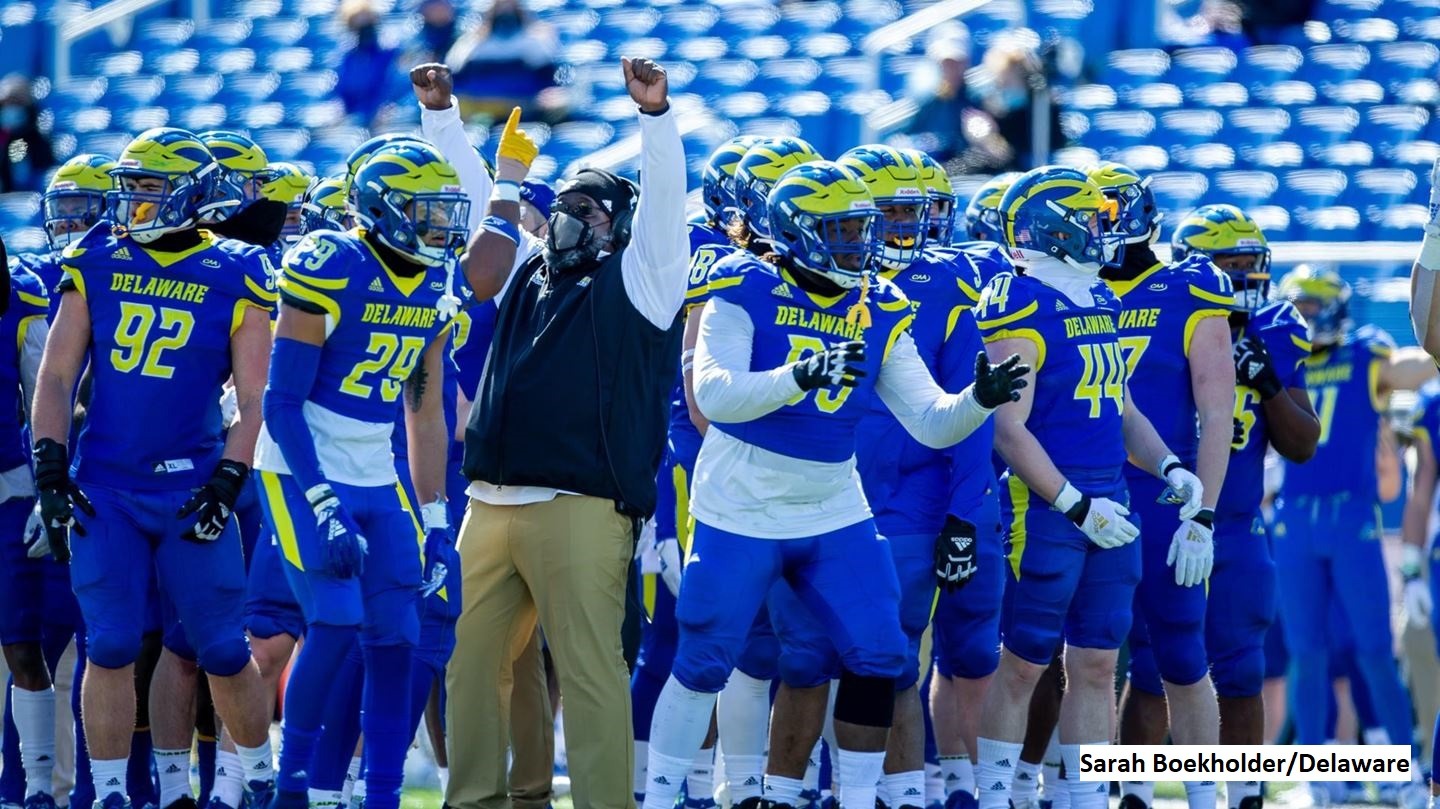 Fourth-seeded Jacksonville State will host Delaware in one of the FCS spring playoff quarterfinals on Sunday.

The Skinny – The two programs have met previously in a national quarterfinal, but it was on the Division II level. Sunday’s matchup has a defensive feeling to it with Delaware leading the FCS in points allowed per game (11.3) and Jacksonville State ranked 12th (17.4). The visiting Blue Hens, who earned the automatic bid out of CAA Football, have allowed opponents to reach the red zone only 13 times, and the end zone just seven times. Behind a secondary stocked with Whitehead, Nijuel Hill and Noah Plack, the Blue Hens have limited opponents to 50 percent pass completion and 111.3 passing yards per game. Their offense seeks to rev up again after managing only 199 yards in a 19-10 first-round win over Sacred Heart. QB Nolan Henderson (1,101 yards, 69.7 percent, 10 TDs, 3 INTs) is efficient, having thrown at least one TD in each game. His counterpart, Webb, has defined consistency during a three-game winning streak, accounting for 312 yards and three TDs against Eastern Illinois, 304 yards and three TDs against Murray State, and 307 yards and three TDs in a first-round win over Davidson. Samuel and West also have similar rushing statistics while combining for 1,452 yards and 15 TDs on the ground. The defense won’t be shy about a pass rush, with DEs D.J. Coleman and Chris Hardle up to eight and six sacks, respectively. The Ohio Valley champ is 39-6 at home during the Grass era.

Up Next – The winner will play either Southern Illinois (6-3) or No. 1 seed South Dakota State (6-1) in a national semifinal on May 8.