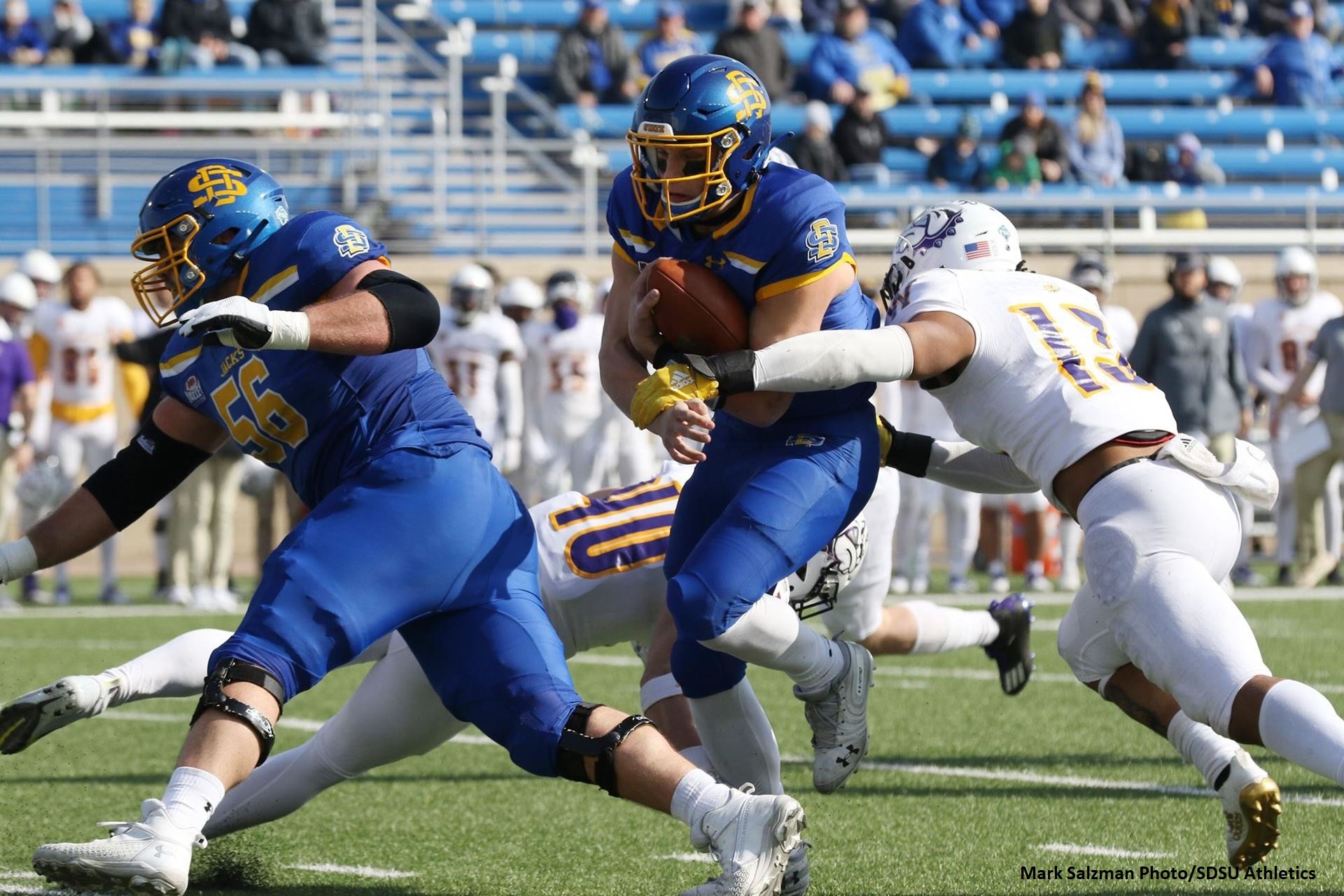 The Skinny – A 27-17 win at three-time defending FCS champion North Dakota State last Saturday helped South Dakota State secure the No. 1 playoff seed. The Jackrabbits have earned nine straight FCS playoff bids under Stiegelmeier, the second-longest active streak to NDSU. The ‘Rabbits reached the national semifinals in 2017 and ’18, but have never played in the championship game. They’ll pound the ball with the run, having gained 11 individual performances of at least 84 rushing yards between Strong (four), Gronowski (three), Isaiah Davis (three) and Jordan Meachum (one). There’s also something SDSU likes about the second quarter – its 62-7 advantage is the third-largest point margin (55) in the FCS. Holy Cross has a playoff-experienced squad from last year, but it has basically turned over the offense to the freshman, Sluka. He’s a stronger rusher than passer, leaving season-opening starter Conner Degenhardt to possibly mix in off the bench. The Crusaders, who run the ball over 70 percent of the time, average only 86 passing yards per game, and SDSU’s pass defense is excellent, with safety Josh Manchigiah collecting three of the unit’s 10 interceptions. The Holy Cross defense needs defensive end Benton Whitley to build off a big performance in the Patriot League championship game. The squad has received steady play out of Dobbs and cornerback John Smith, who has an interception in each win. Place-kicker Derek Ng has made five of seven field goal attempts this season and 22 of 32 (68.8 percent) in his career.

Up Next – The winner will play either Southern Illinois or Weber State in the second round on either May 1 or 2.

The Skinny – Weber State is seeking to build on its three deepest runs in the FCS playoffs (quarterfinals in 2017 and ’18, and semifinals in 2019). While the Wildcats have too often inched by with victories this spring – the last four by five or fewer points – they’ve won a school-record 11 straight home games and 20 of 21. Freshman quarterback Bronson Barron has thrown for six TDs without an interception in four games, but the Wildcats think run first (205.4 ypg) with Davis and Dontae McMillan (308 yards, 5 TDs). Still, Southern Illinois will have to account for wide receiver/returner Rashid Shaheed, who has 3,924 all-purpose yards and 21 TDs in his career. The visiting Salukis, who are 4-1 against ranked opponents – including their 38-14 blowout of North Dakota State to end the Bison’s FCS-record 39-game winning streak – are coming off a school-record 807 yards of total offense in a 55-48 victory over Southeastern Louisiana, which vaulted them to their first playoff bid since 2009. They’ve gone through three quarterbacks because of injuries, and are back to Stone Labanowitz, who has completed over 78 percent of his passes (64 of 82). They rank fourth in FCS in third-down conversion percentage (52.7). Senior defensive end Anthony Knighton has 38.5 tackles for loss and 22.5 sacks in his career.

Up Next – The winner will play either Holy Cross or No. 1 seed South Dakota State in the second round on May 1 or 2.