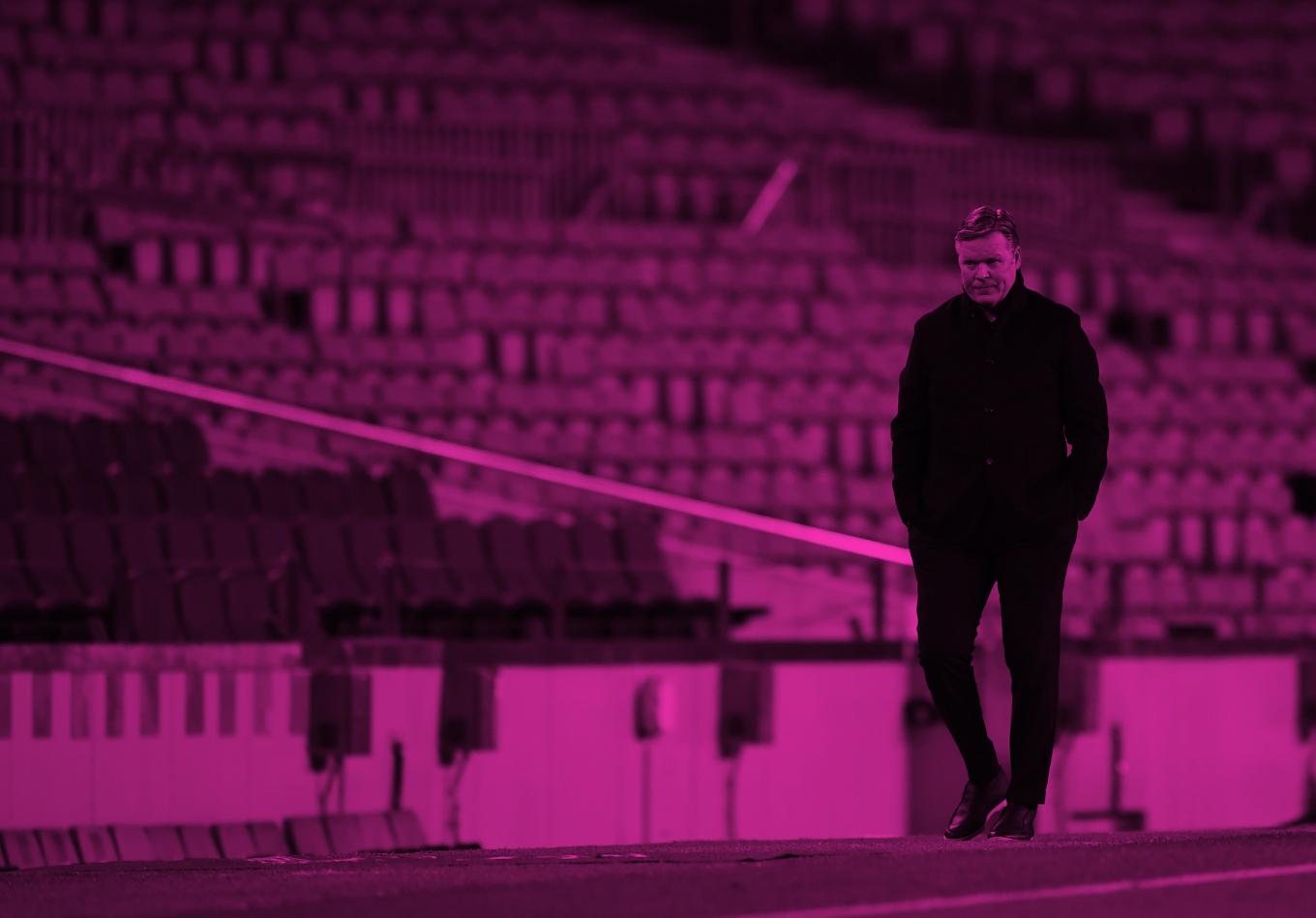 Barcelona manager Ronald Koeman heads into El Clásico knowing that a victory could end up being the pivotal moment towards a potential title-winning campaign. And a level of redemption after a painfully slow start.

Ronald Koeman admitted in January that Barcelona needed to be realistic in the pursuit of trophies. Or in other words, to prepare for none at all.

Koeman’s first 10 league games in charge of Barcelona yielded 14 points. It was their worst start to a league campaign since 1987-88 and included defeats to both Real Madrid and Atlético Madrid. Playing catch-up from the start and mired in organisational controversies off the field – not to mention, the issue of Lionel Messi’s future being played out weekly – the Catalans looked to be setting the table for a miserable season by their recent domestic standards.

And yet on Saturday night, Barcelona head to Madrid with an opportunity to take charge of La Liga again.

Riding into the capital on a wave of 19 games without defeat and nine consecutive league away wins, Koeman’s side can return to the summit of the table by their own doing. A victory would take them five points clear of Real Madrid and put destiny back in their own hands in the three-way fight alongside Atlético, who they play next month.

How did Barcelona get here, and what comes next?

Koeman’s calling card at the start of the season had been the introduction of a 4-2-3-1 system. Unfortunately, this didn’t provide a great first impression. They struggled to achieve many of the things that typify Barcelona at their best: controlling the game through the ball, sustaining dangerous attacks and pinning opponents deep in their own half. As part of both the cause and effect, their attacking players struggled for chemistry and often felt like they were occupying each other’s spaces.

Across the 10 games in which they have used the 4-2-3-1 as a starting formation in La Liga this season, Barcelona’s expected goal difference per game has been just 0.51.

Unsurprisingly, nine of the 10 times they have used this starting formation came before the turn of the year, and before the Catalans mounted what has become their revival.

It was the end of December when their landscape began to change, following a 3-0 away win at Real Valladolid. In response to their wandering form – which had been compounded by injuries to prominent figures like Ansu Fati, Gerard Piqué, Sergi Roberto and Philippe Coutinho, among others, Koeman and his staff went in search of a new way forward.

Switching to a back three (3-4-2-1) for the first time in La Liga, Barcelona found the fluency they were looking for. The addition of an extra centre back, wing backs and a freer role for Lionel Messi, who began to find an unexpected but potent chemistry with Pedri, led the way for Barcelona on the path back to title contention.

Since then, the Catalans haven’t been entirely married to back three systems, but they have provided a much-needed framework for their play. Switching between the 3-4-2-1 and the classic Barcelona 4-3-3, Koeman has been able to successfully navigate the months that have followed, against all types of opponents. In nine games using a 4-3-3 from the start, the Catalan side have averaged an expected goal difference (xG) of 1.34 per game, while taking 25 points from a possible 27.

Coming into Saturday night’s Clásico, Koeman will have a key decision to make in how his side will line up. Do they opt for the defensive security of a back three, or match up with Real Madrid’s formidable midfield trio with a 4-3-3 of their own? Perhaps we’ll see a combination of a back three and a midfield three, as Barcelona did in a recent 2-0 win at Sevilla.

Their resurgence in La Liga has been typified by these game-by-game tweaks and finding solutions in an imperfect season, but few will be as defining for Koeman as this one.

A potential victory away at Real Madrid would take care of itself, but a prominent role for Frenkie de Jong in the game would be lucrative in terms of Koeman’s individual credit. De Jong’s time at the club hasn’t been as smooth as one might expect for a gifted ball manipulator and Ajax product playing in a Barcelona side, but his value to the team is continually on the rise.

Since Koeman took charge of the club, De Jong has started more games (27) and played more minutes (2,445) than any other Barcelona player in La Liga. And by the fact of his pre-existing relationship with the former Netherlands boss, along with their shared nationality, the 23-year-old’s success is inevitably tied to the coach.

Since moving away from the initial 4-2-3-1 system, where de Jong played as a retreated midfielder, the Dutchman has been a key component in Barcelona’s new-found versatility. In fact, the 23-year-old has been one of the most unique players in La Liga since the turn of the year, owing to this ability to carry out distinctly different roles for the team.

In the early part of 2021, de Jong was released from his deeper midfield role and into a fully-fledged box-to-box contributor. All of the sudden, he was making runs deep into the penalty area and into Lionel Messi’s through-ball window. After scoring just three goals in his first 44 league games for the club, January saw him chip in with two goals and two assists in five La Liga appearances, in turn strengthening Barcelona’s conviction for using the 4-3-3.

His management of the ball is of huge value to Barcelona, particularly in high-stakes games which naturally contain a greater anxiety. Given his combination of passing and carrying the ball, de Jong is a double-edged sword when it comes to evading opposition pressure. Indeed, only Lionel Messi has averaged more progressive carries than the Dutchman in La Liga this season. De Jong does average the most pass-ending carries of any player in the competition, however, which speaks to his style of ball management. Rather than the swash-buckling runs that Messi does to put pressure on defences, de Jong darts in and out of smaller spaces in order to find better passes for Barcelona.

It’s for this season that, a few months later, de Jong would find himself playing in the middle of a back three in a modern take on the libero role. Barcelona supercharge their build-up play with him in this position, finding solutions against opposition pressure and also adding a player who can attack from deep with his ball-carrying ability. In Barcelona’s 6-1 win over Real Sociedad last month, de Jong completed 96% of his passes (93/97) and frequently manoeuvred the away side out of danger and towards goal.

From a box-to-box, goal-influencing midfielder to the middle of a back three in a space of a few months, de Jong is enhancing Barcelona’s play from all over the pitch. Going into this weekend’s Clásico, the Dutchman will be looking to make a similar mark in one of the biggest games of his career to date. And whether it’s to be in midfield or in the defensive line, Koeman’s approach will be channelled through much of what Frenkie de Jong does.

Is This Messi’s Last Clásico Dance?

The topic of Messi’s future continues to loom, even throughout Barcelona’s regeneration. As it stands, this would be Messi’s final Clásico appearance, but it would still be a surprise if today’s reality matches up with that in a few months’ time. Indeed, Saturday night’s game might even have a say in the ultimate decision. A Barcelona win would put them back in the driving seat to claim a league and Copa del Rey double – a markedly different scenario to the one Barcelona were looking at just weeks ago.

Individually, Messi’s timeless Clásico highlight reel hasn’t had many additions in recent seasons. He has only tasted victory in one of his last five league games against Real Madrid, losing each of the last two, while he hasn’t scored against them in La Liga since May 2018.  Will Koeman be worried? Quite simply, no.

In what might be considered one of Messi’s least-heralded seasons, the 33-year-old continues to influence Spain’s top-flight to a degree that few will ever manage, consolidating – as if it needed to be – his status as the league’s finest integrator of scoring and assisting.

Messi’s league form since the end of 2020 has been remarkable, even by his standards. From Dec. 19-March 21, he either scored or assisted in 14 consecutive games in La Liga, amassing 18 goals and eight assists across this run.

The Argentinian left the Camp Nou empty handed against Real Valladolid last time out – the first time he hadn’t scored or assisted in a league game since the middle of December, but Barcelona’s victory rendered it meaningless. In the end, Messi got what he wanted. The victory that ensured they head into El Clásico with their momentum intact, while also guaranteeing that he will line up at the Alfredo Di Stefano on Saturday night, after walking a fine line in avoiding a fifth yellow card of the season (which would have resulted in a suspension).

Walking off the field at half time, cameras picked up Messi suggesting that referee Jaime Latre was looking to hand him the all-important yellow. “Incredible…” Messi bemoaned. If Barcelona fans breathed a sigh of relief at full time for their victory, then neutrals elsewhere all followed in the mere fact of knowing the 33-year-old had avoided a caution. A primetime Clásico, with the title in play, couldn’t be without him.

Although Real Madrid’s performance in Europe has eclipsed their rivals this term, it’s Koeman’s side who head into this Clásico with the richer league form. Barcelona will travel to the capital as the only unbeaten team in the top five European leagues in 2021, aiming to win 10 consecutive away games in La Liga for the first time since 2013.

Our predictive model currently has Barcelona with a league-high 45% chance of taking the title, despite still trailing Atlético Madrid in the table. Their rejuvenation in the second half of the season – along with Atlético’s stuttering form – has wiped out what was once a double-digit deficit to the league leaders and put Barcelona in a position to make a defining move.

Real Madrid, meanwhile, will come into El Clásico holding a 17% chance of winning the title. While a win for Zinedine Zidane’s side would put them firmly back in a three-way fight to defend their title, a defeat could well close the door for the reigning champions’ this season. Particularly if Atlético Madrid can respond with three points at the Benito Villamarín on Sunday evening.

Barcelona have the momentum, Real Madrid have the advantage of home surroundings and Atlético Madrid remain top. For now. By the end of the weekend, La Liga’s title race will have taken another turn toward its resolution. And there’s nothing like El Clásico to set the terms. 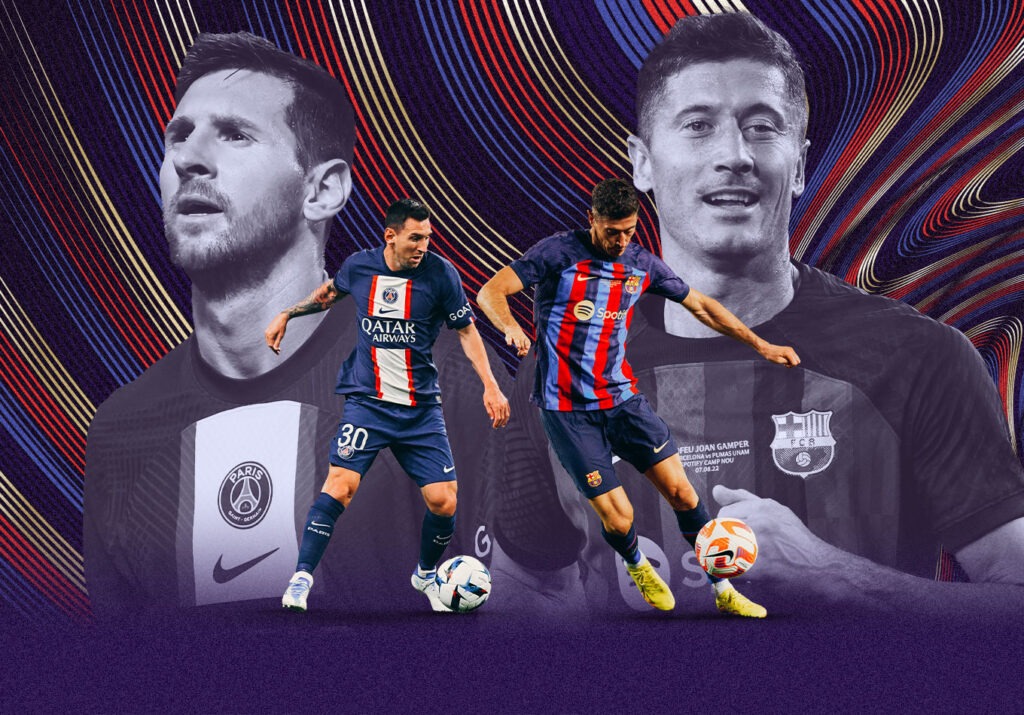 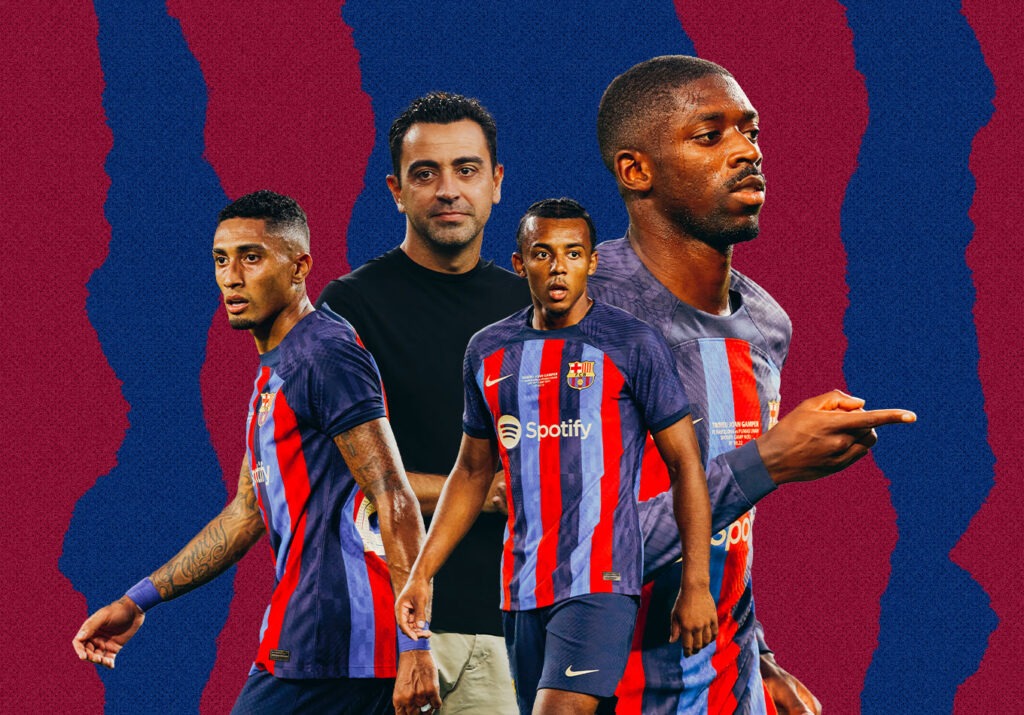 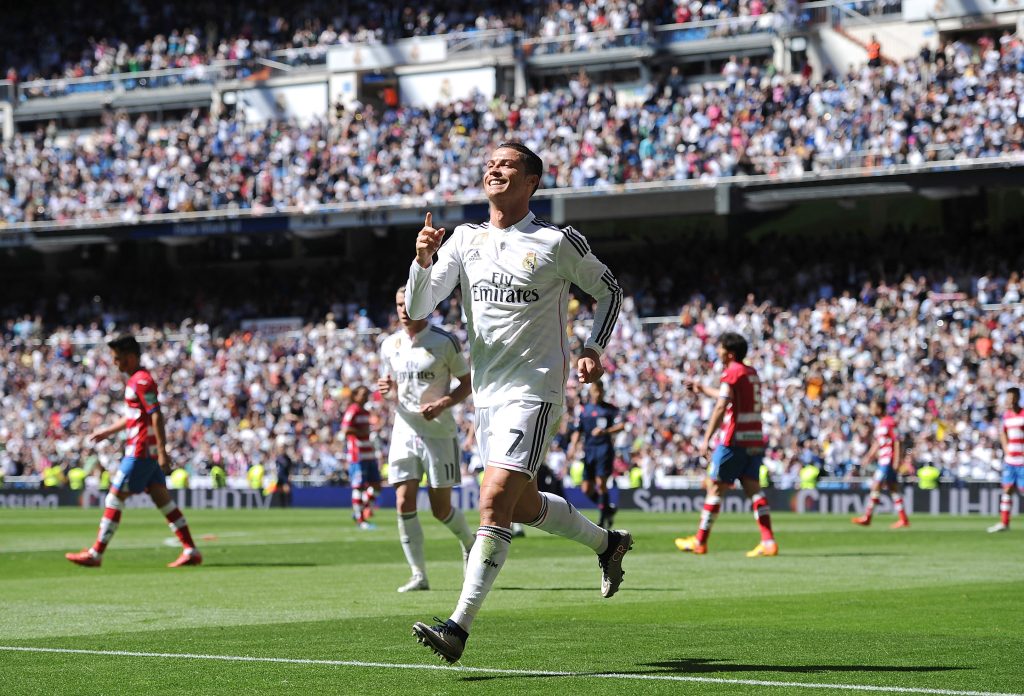