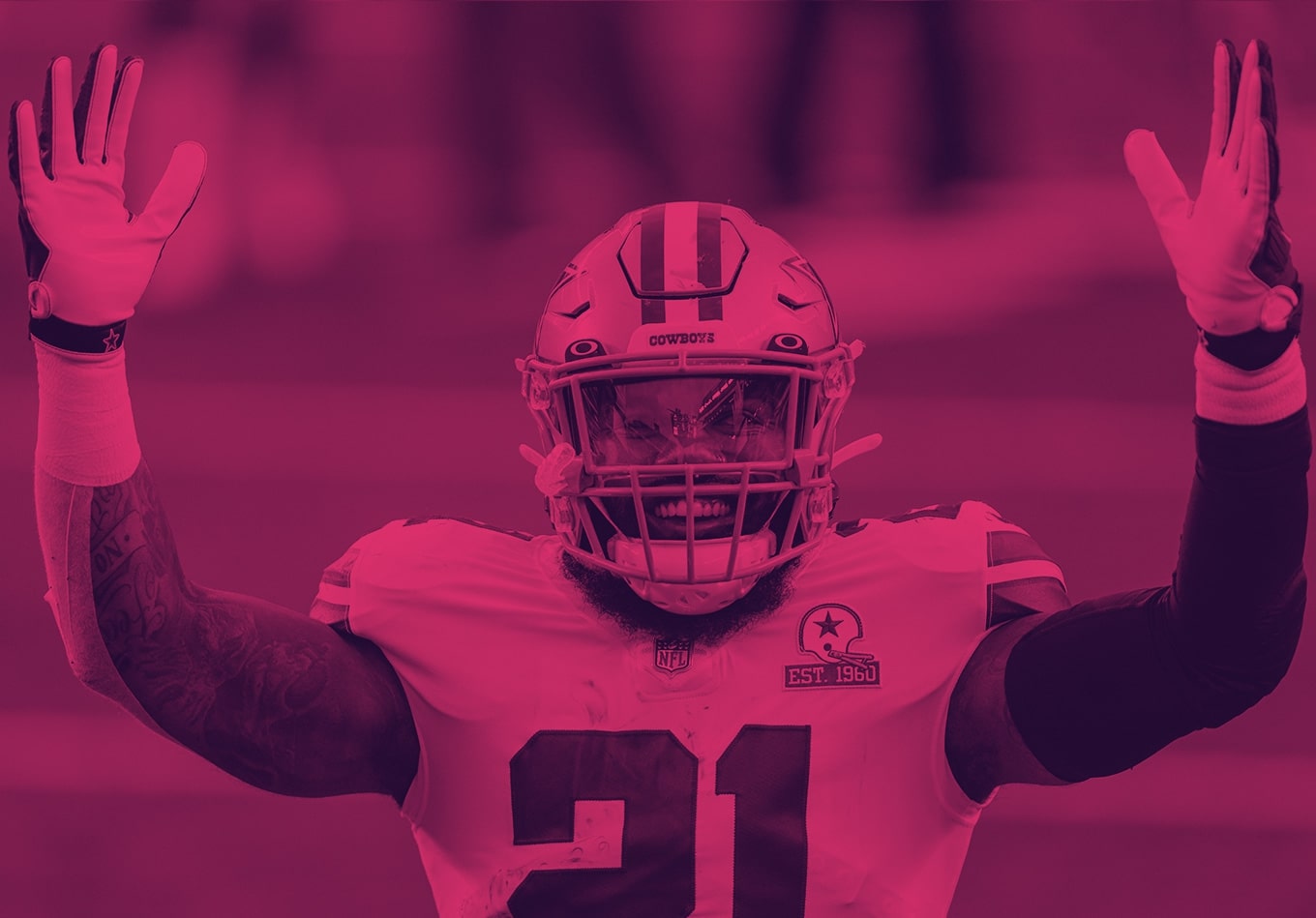 In Defense of Drafting Running Backs (Not Named Trent Richardson)

If your team picks a running back in the first round, your initial reaction might be that draft value was wasted. We took a deeper look into the past two decades of how each team’s first picks have worked out in Season 1, classified by position with win percentage differential from the previous season measured.

No running back has been taken higher than No. 24 overall in either of the last two NFL drafts, which makes sense in the context of today’s NFL.

It follows a period in which teams seemed to have a renewed interest in spending early picks on the position: Todd Gurley in 2015, Ezekiel Elliott in 2016, Leonard Fournette and Christian McCaffrey in 2017, and Saquon Barkey in 2018. But following two drafts in which no backs were selected in the first round (2013-14), that mid-decade flirtation now appears to have been the anomaly.

But the perception that a team is missing an opportunity to fill a more important, less replaceable role elsewhere by using an early pick on a running back is one that deserves more scrutiny.

So let’s reconsider those top-10 picks from earlier drafts in the past decade – Gurley, Elliott, Fournette, McCaffrey and Barkley – and we’ll even throw in Josh Jacobs, the first running back taken in 2019 at No. 24. None of those players would be considered a serious disappointment, each made significant contributions to his team, and some were even part of MVP discussions. Most significant for purposes of this discussion, all of their teams improved the following season, and some made substantial gains.

That’s not to say those RBs were the sole reason for that improvement. But it sure makes it difficult to claim that their teams suffered by not using those picks at other more fashionable positions.

While four seasons is a lifetime in the NFL, identifying five running backs from 2015-18 is not a large enough sample size to make broader claims. No one’s going to argue Cleveland’s Cleveland-esque decision to use the No. 3 overall pick on Trent Richardson in 2012 is in retrospect justified. So here’s a deeper dive into the past two decades of how each team’s first picks have worked out in Season 1, classified by position with win percentage differential from the previous season measured:

It’s certainly not in line with the perception around running backs in the current NFL climate, but looking at a 14-RB sample isn’t definitive.

The average differential comes back toward the middle some, but RBs still top the list.

The only teams to use their first pick on a running back in 2020 were Kansas City at the very end of the first round and the Los Angeles Rams in the second round. The Detroit Lions chose Georgia’s D’Andre Swift at No. 35 of the second and the Indianapolis Colts also picked up Jonathan Taylor at No. 41. To be fair, there was no Barkley-type RB profiled in the draft.

With the final pick of the first round, the Chiefs selected LSU’s Edwards-Helaire. He made an immediate impact, running for 803 yards and four touchdowns on 4.4 yards per carry while also catching 36 passes for 297 yards and a score out of the backfield. Second-rounder Cam Akers emerged as the starter in the Rams backfield at the end of the season, rushing for 489 yards over the last five games – including 221 yards and two touchdowns over two playoff contests.

Swift played a limited role for the Lions, though he had one 100-yard effort and started four of the last five games. Taylor, however, appears to be the Colts’ workhorse of the immediate future after rushing for 1,169 yards and 11 touchdowns on 5.0 per carry in 15 games.

Perception is reality on draft day for NFL running backs and has been for the better part of two decades.

[1] Note: The Raiders had three first-round picks in 2019 and Jacobs wasn’t their first.