Fly, Jalen Fly: Can the Eagles Soar With Hurts Under Center? | The Analyst 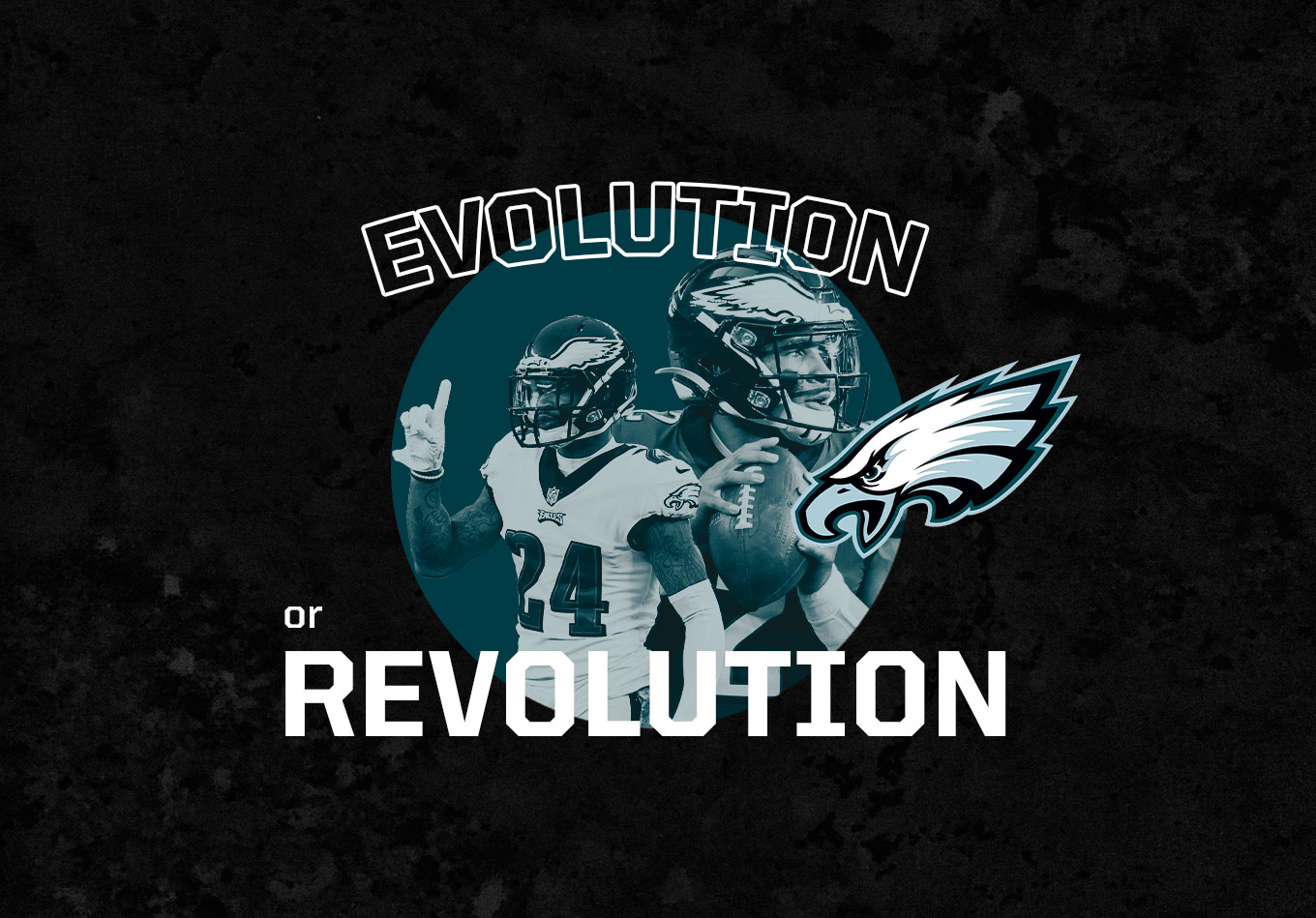 Fly, Jalen Fly: Can the Eagles Soar With Hurts Under Center?

After going from first to worst in the NFC East, the Philadelphia Eagles decided to make wholesale changes.

Doug Pederson, the head coach who steered the franchise to its first Super Bowl victory just three years earlier, was deemed to be no longer the right man at the helm.

“After taking some time to reflect on these conversations, I believe it is in both of our best interests to part ways,” Eagles chairman and CEO Jeffrey Lurie said in announcing Pederson’s departure.

The Carson Wentz era is over too, with the former second overall pick getting a fresh start in Indianapolis. Nick Sirianni moved in the opposite direction, leaving his post as offensive coordinator at the Colts to take charge in Philadelphia.

A 4-11-1 record led to the major departures, particularly as the Eagles lost seven out of their last eight. That solitary success during that stretch came with Jalen Hurts starting at quarterback, likely offering a window into the future. That seemed to be confirmed last month when Philadelphia traded out of the sixth overall pick in what figures to be a quarterback-heavy start to next week’s NFL draft.

Sirianni’s appointment gives an indication as to where exactly the Eagles want to improve, as shown when looking into the team’s numbers during what was a difficult 2020 season.

Perhaps surprisingly for a team named the Eagles, there was an issue airing the ball out. Their 6.23 yards per pass attempt ranked dead last in the league, while they were also at the bottom of the pile in terms of completion percentage (55.9).

Only the Denver Broncos had more interceptions than Philadelphia’s 20. Wentz was responsible for 15 of them in just 12 games, while a disposition to hang onto the ball led to him being on the wrong end of 50 sacks.

Hurts was sacked 13 times too, suggesting pass protection was a problem in general.

Lane Johnson and Nate Herbig were bright spots up front. Johnson led all right tackles in pressure rate-allowed at 4.1% (NFL average: 9.8), while Herbig paced all right guards at 4.4% (league average: 7.9). But Johnson’s season was cut short due to ankle surgery, and Brandon Brooks and Andre Dillard missed the entire season.

They also had issues at receiver. Greg Ward led the team in receptions with 53 and the NFL with an open percentage of 87.3, but he was the only wideout to appear in all 16 games.

Despite the mess that was the offensive line, Philly was still able to run the ball effectively, averaging 5.03 yards per attempt and 126.7 yards per game. Johnson, who should be healthy for the start of the 2021 season, sits 14th in our 2021 projected offensive lineman rankings at 6.87% better than the league average lineman. The rankings are based on combined run block and pass protection data over the past three seasons.

Creating pressure was not a problem for the Eagles, who finished behind only the Pittsburgh Steelers and Los Angeles Rams with an impressive total of 49 sacks. Brandon Graham led the way with eight, while Fletcher Cox was again a factor in helping disrupt opponents on passing plays.

And yet Philadelphia still allowed opposing quarterbacks to complete 68.7% of their passes while averaging 7.8 yards per attempt. If the pass rush failed to get home, the secondary was too often exposed. The Eagles managed only eight interceptions, making them one of just four franchises to fail to reach double digits. That low number led to a turnover differential of minus-10.

They also struggled when it came to stopping teams on the ground, giving up an average of 125.8 yards per contest. Their cause was not helped by allowing 13 running plays of 20 yards or more, as well as 20 rushing touchdowns.

The Eagles did take a positive step to fix the secondary by signing Anthony Harris, a proven playmaker, to a one-year, $ 5 million contract.

With the Wentz era over, Hurts tops the depth chart at quarterback for now. He will likely have the chance to get vast majority of reps and see if he can build upon a fine rookie performance. The Eagles also brought Joe Flacco in on a one-year deal to help mentor the new starter.

Philadelphia will also be hoping wide receiver Jalen Reagor – selected with the 21st pick in the previous draft – can make a leap, particularly with Alshon Jeffery and DeSean Jackson gone after barely making an impact in 2020.

There is also a lack of depth at cornerback. Darius Slay is first on the depth chart but struggled at times during his first season in Philadelphia.

The Eagles have a lot of needs to address with their 11 draft picks in total next week. Last month, they traded the sixth overall selection and a fifth-round pick to the Miami Dolphins in exchange for the 12th pick, a fourth-rounder and a 2022 first-rounder. That should leave them with a number of opportunities after the early rush on quarterbacks has subsided.

No matter what direction they head, the Eagles’ aging roster appears to need a major overhaul with 2021 likely to be a rebuilding year.