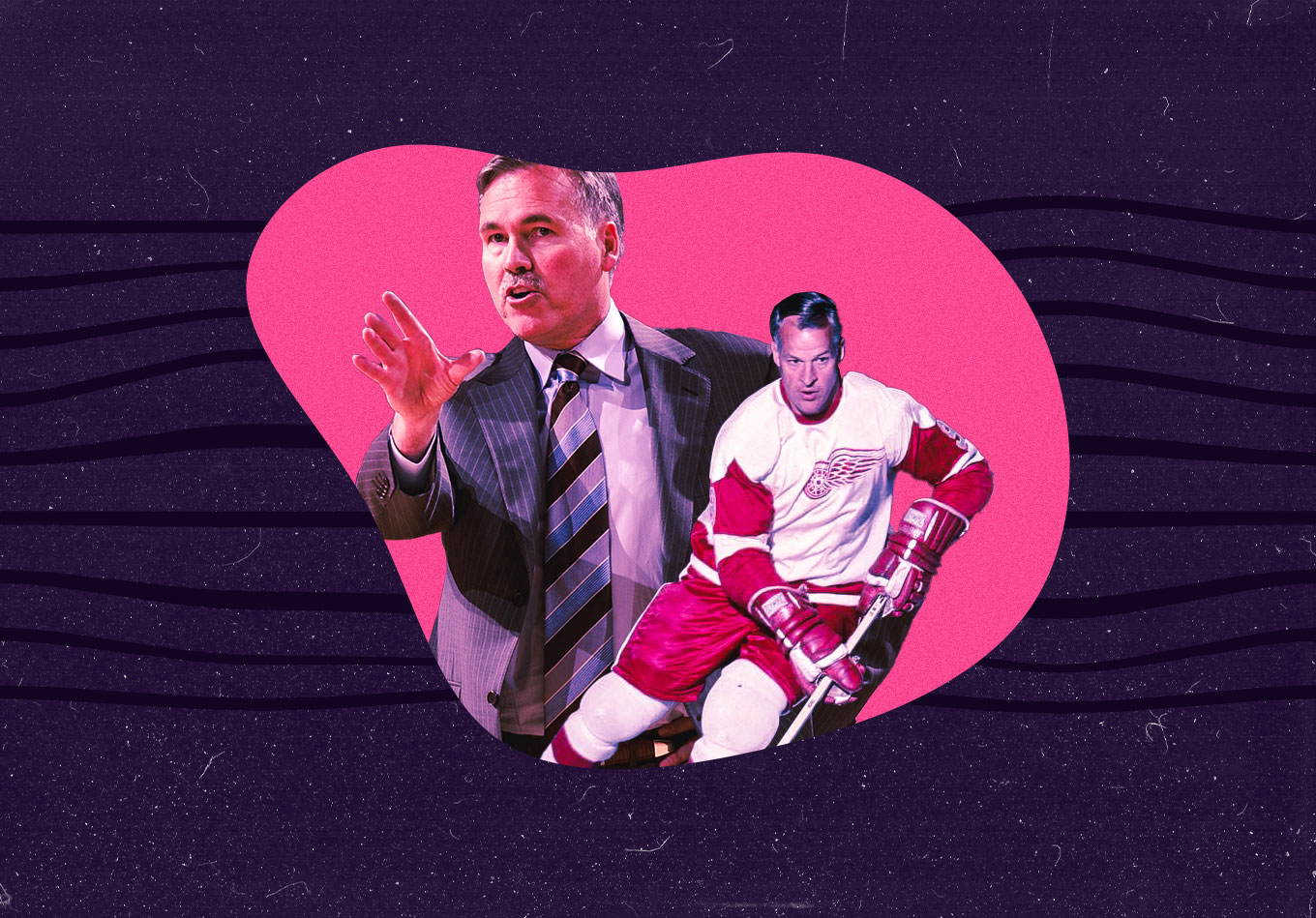 What if we told you that the “greatest double-play trio” in MLB history…actually wasn’t that good defensively? Or that the “fastest team in NBA history” played at a mediocre pace?

From Michael Jordan’s flu game to Curt Schilling’s bloody sock game, myths are often some of the most fun topics to discuss in sports, and in many ways are the backbone of classic sports talk.

Unsurprisingly, not all of these legends are true. In fact, with the data to back it up, we can prove that some are blatantly false. Cubs, Red Wings and Suns fans, hopefully lore isn’t one of the defining parameters of your fandom.

Definition: “A Gordie Howe Hat Trick is a variation on ice hockey’s hat trick. It is accomplished when a player collects a goal, an assist, and a fight in the same game. It is named after Hall of Famer Gordie Howe.”

And yet, the Hall of Famer Howe didn’t even have a hat trick’s worth of Gordie Howe Hat Tricks. He finished a game with a goal, assist and fighting major just twice in his entire career.

Gordie Howe played 26 years in the NHL from 1946 to 1980 with the Detroit Red Wings. He’s the NHL’s all-time games played leader. He retired as not just one of the greatest right-wingers in NHL history, but truly one of the greatest players in the history of the sport. I mean, his accolades speak for themself.

Howe won the Art Ross Trophy for leading the league in points for four straight seasons from 1950-51 through 1953-54, then again in the 1956-57 and 1962-63 seasons. Those six scoring titles are second most in NHL history. He led the NHL in goal scoring four times. He ranked among the top 10 in NHL scoring for 21 consecutive years and set an NHL record for points in a season (95) in 1953, a record which was broken six years later. He won the Stanley Cup with the Red Wings four times and won six Hart Trophies as the NHL’s most valuable player. He also led the NHL in playoff points six times.

As for those two actual occurrences of his namesake statistic, both came against the Toronto Maple Leafs: once in 1953 and again in 1954.

So, who should it be named after? Well, the all-time leader in Gordie Howe Hat Tricks is Rick Tocchet, the current head coach of the Arizona Coyotes, with 18.

Any die-hard baseball fan or baseball historian has probably heard of “Baseball’s Sad Lexicon,” a.k.a. the Chicago Cubs’ infield of shortstop Joe Tinker, second baseman Johnny Evers and first baseman Frank Chance. The trio were teammates in the Windy City from 1902-12 and won back-to-back World Series championships in 1907 and 1908. They are celebrated as Cubs legends, especially given the franchise went 108 years before winning another World Series in 2016. In fact, there’s a poem written about their supposed greatness:

These are the saddest of possible words:

Trio of bear cubs, and fleeter than birds,

Tinker and Evers and Chance.

Making a Giant hit into a double –

Words that are heavy with nothing but trouble:

No poems about Mike Trout out there just yet.

Let’s go player-by-player and break down each problematic link of the double-play trio.

Joe Tinker, the Cubs’ shortstop, may have been one of the worst defensive middle infielders ever. Tinker’s .938 fielding percentage is the sixth lowest by a shortstop since 1890. He played 12 seasons for the Cubs, and with longevity comes opportunity – opportunity to boot grounders. His 635 errors rank fifth among all shortstops since 1900.

But the stat Tinker would likely want erased from the record books the most? He’s tied for the most consecutive seasons with 35 or more errors as a shortstop since 1890 with 11, spanning 1902-12. That’s over a decade of horrendous defense, but it’s incredible what slowly erodes from a legacy when you’ve got a poem and a couple of World Series rings.

Johnny Evers was perhaps worse than Tinker. The three “records” you need to know: Among second basemen since 1900, Evers has the third-lowest fielding percentage (.955), the third-most errors (423), and the third- most consecutive seasons with 25+ errors (8, 1903-10).

Not by chance, Frank Chance was actually a solid defensive first baseman. With a career fielding percentage of .987 at first base (even more impressive considering how many errant throws he might have had to jump for or pick out of the dirt from Tinkers and Evers), Chance was definitely the strong link of the double- play combo for the Cubs.

Chance did have one really bad season, however. In 1903, he set the MLB record for the fifth-lowest fielding percentage by a first baseman in a season since 1890 (min 100 games) at just .972. Yikes.

The “Seven Seconds or Less” Suns Weren’t that Fast

Alright, buckle up for this one – this is going to be quick.

In the mid-2000s, the Phoenix Suns, led by head coach Mike D’Antoni and MVP Steve Nash, played a sped-up style of basketball that featured a heavy dose of pick-and-rolls, threes, and fastbreaks. D’Antoni dubbed the style “Seven Seconds or Less”.

So, the question at hand is – you guessed it – how often did the Phoenix Suns actually finish possessions in seven seconds or less?

In order to figure this out, we looked at every possession from 2004-05 through 2007-08, which was essentially the peak of the “Seven Seconds or Less Suns.” We took every possession that began with either a defensive rebound by the team in question, a turnover by the opposing team, or a made field goal or free throw by the opposing team that ended the possession, and then found what percentage of those events were followed by a field-goal attempt or free-throw attempt by the team in question within seven seconds of that event happening.

From 2004-2008, the Suns actually ranked third, behind two notorious offensive teams in the Monta Ellis Warriors and the Carmelo Anthony Nuggets.

What have we learned? The SSOL Suns were slower than Melo and would be just slightly faster than average in today’s NBA.

So, the next time a friend tries to tell you the Steve Nash Suns were the fastest team in NBA history, it’s OK to cut them off with a “not so fast.”