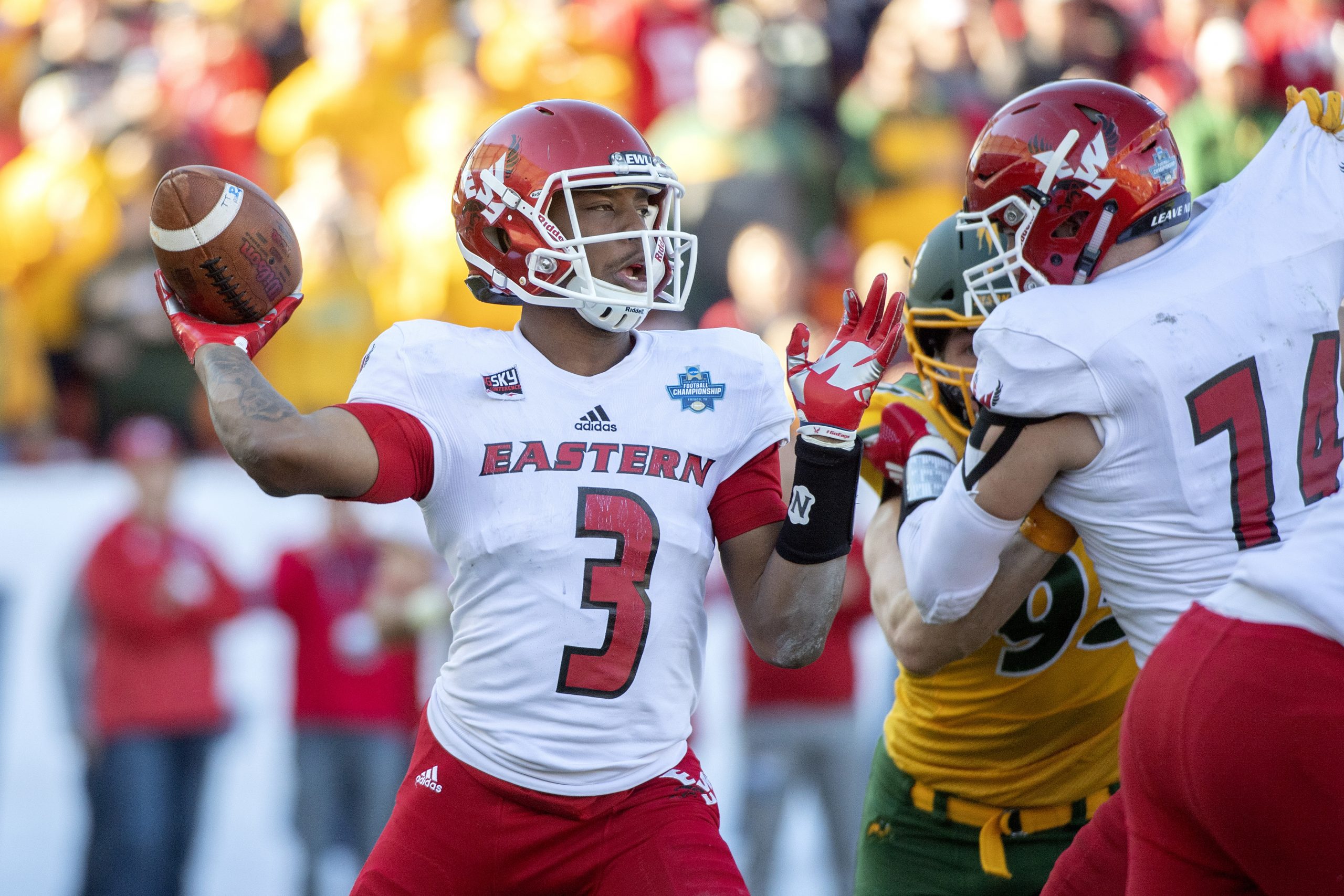 Barriere passed for two touchdowns in the final five minutes, and five overall with 455 passing yards, as Eastern Washiington rallied past Idaho State 46-42 in the Big Sky Conference. He had a career-high 34 completions in 50 attempts (68 percent), the final one a 6-yard touchdown to wide receiver Andrew Boston with 25 seconds remaining. Barriere earned his conference’s offensive player of the week honor for the second straight week.

Glajchen was the anchor in the middle as San Diego gave up only 25 offensive yards in a 13-10 win at Drake – the lowest yardage total allowed in Pioneer Football League history (since 1993). He recorded eight tackles (five solos), including three sacks and a fourth behind the line of scrimmage for 19 yards in losses, forced a fumble and broke up a pass. The Toreros’ 38th straight PFL win moved them within one of tying the FCS league record.

Zita kicked three field goals, including the game-winning 35-yarder as time expired to lift Tennessee State past Eastern Illinois 21-20 for its first victory. It capped a huge performance in which Zita drilled a 51-yarder and later a 62-yarder, which tied the 35-year-old Ohio Valley Conference record and was one yard shy of the FCS mark (which is held by three kickers).

After throwing only one touchdown in his first two starts, Ellis fired six TDs, including one in each of two overtime periods, as Austin Peay outlasted Southeast Missouri 49-42 in a matchup of the 2019 Ohio Valley Conference co-champs. He completed 23 of 43 passes for 262 yards, including 3 of 4 for 47 yards in the extra periods, and had one interception.

URI, which returned only nine starters from 2019, opened its season with a 40-37 overtime win at No. 6 Villanova. After ‘Nova went ahead on a field goal to end its OT possession. Rams transfer quarterback Kasim Hill punched in a game-winning, 2-yard touchdown run. URI redshirt freshman Kevin Brown Jr. rushed for 141 yards and four touchdowns, and C.J. Carrick’s 22-yard field goal as time expired forced OT. The win marked the highest-ranked opponent URI has defeated since a 17-14 victory over No. 3 Villanova on Nov. 6, 2010.