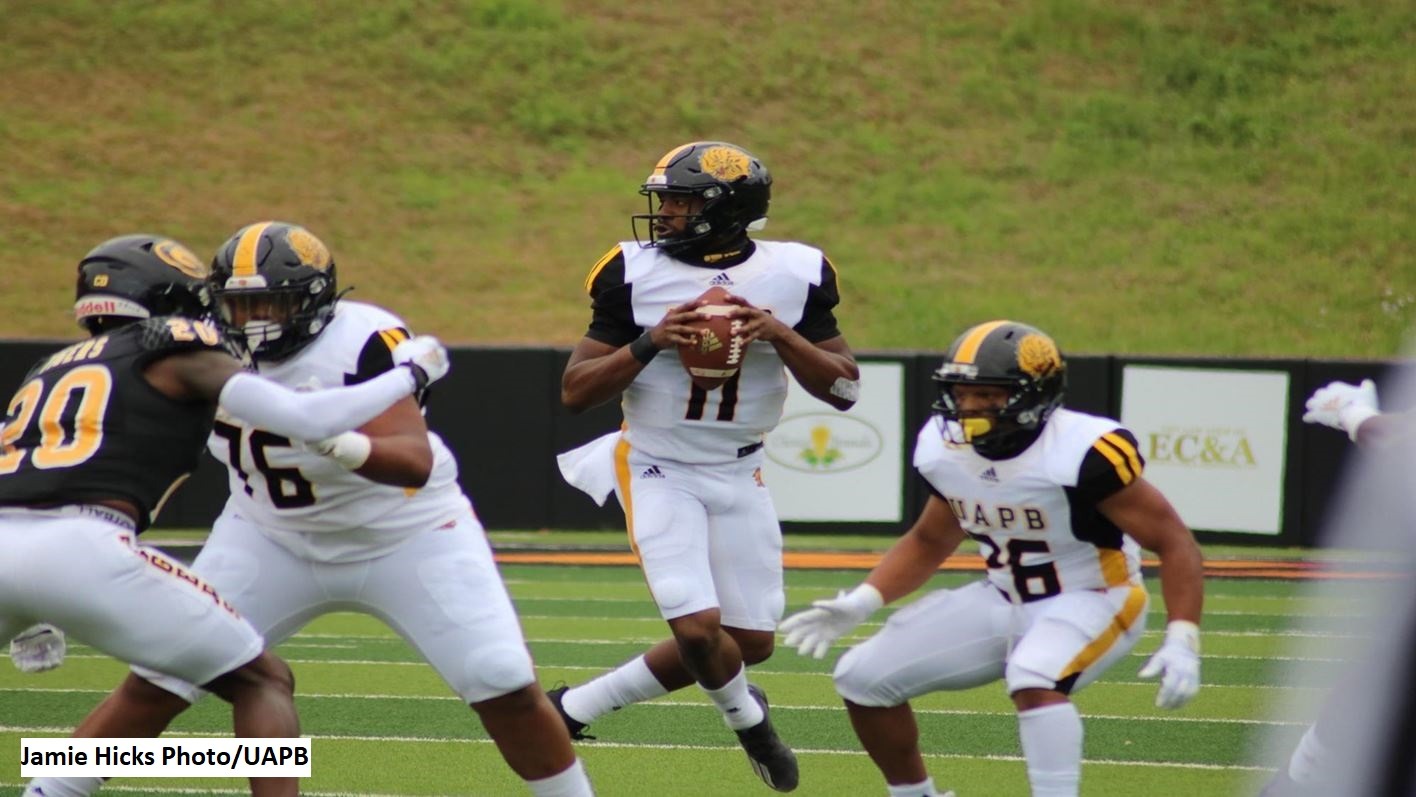 North Dakota State’s Hunter Luepke, Chattanooga’s Ty Boeck, UT Martin’s Tyler Larco and UIW’s Cameron Ward were named Monday as the Stats Perform FCS National Players of the Week and Arkansas-Pine Bluff the National Team of the Week for games on March 20 and 21.

Returning from a shoulder injury, Luepke played for the first time in the spring season, and posted career highs in carries (28), rushing yards (190) and touchdowns (three) as the Bison derailed then-No. 2 North Dakota 34-13 in the Missouri Valley Football Conference. He scored on a 55-yard run on his first touch in the game’s opening minute, later adding 8- and 5-yard touchdowns. Entering the game, Luepke had only seven carries for 70 yards in 15 career games.

Boeck helped anchor a defense that limited then-No. 13 Furman to 170 offensive yards – its fewest in the 50-game history of the series – while Chattanooga won a key Southern Conference game 20-18. He totaled eight tackles, including six solos, and had two takeaways, including his first career interception –in Furman territory to set up a Mocs’ touchdown – and a fumble recovery. Prior to the game, Furman averaged over 367 yards in three consecutive wins over the Mocs.

Larco kicked a 46-yard field goal as time expired to lift UT Martin to a 37-34 road win at Austin Peay in the Ohio Valley Conference. His career-long field goal capped a perfect game in which he also kicked 30- and 41-yarders and converted four PAT attempts. Larco finished with 13 points and as the first Skyhawk to make three field goals in a game since 2017.

Ward earned the freshman honor for the second time this season after setting program single-game records for touchdown passes (six) and total touchdowns (seven) – all in the first three quarters – as UIW beat then-No. 16 Southeastern Louisiana 56-45 in the Southland Conference. Ward completed 26 of 47 attempts for 407 yards, adding 38 rushing yards, including a 1-yard TD.

Either Grambling or Southern has represented the West Division in the last seven SWAC championship games, but UAPB has defeated both powers on the road for its first 2-0 start since 2000. The Golden Lions led Grambling 14-7 at halftime before pulling away with 28 points in the third quarter. Quarterback Skyler Perry set career highs with 346 passing yards, 384 yards of total offense and four touchdown passes. Linebacker Isaac Peppers had 10 tackles and two sacks and forced two fumbles.