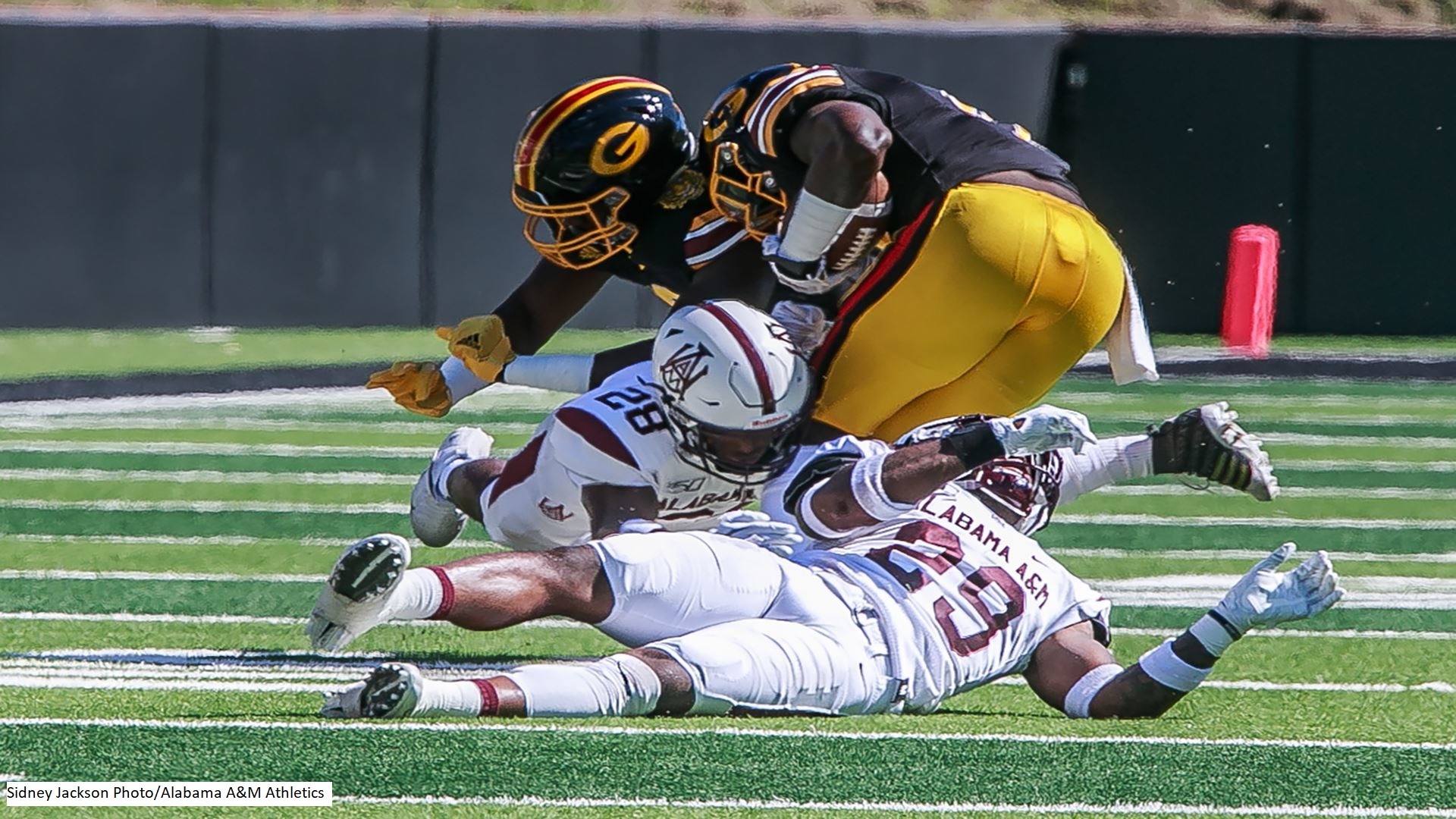 Not all schools have decided to play this spring, but nine of the 10 in the Southwestern Athletic Conference are committed to a season. The exception is a big one, though – Alcorn State, the winner of four of the last six conference championships, including the last two.

The SWAC ‘s conference schedule will begin on Feb. 26, with some nonconference games also in the mix. The East and West division champs will meet in the conference championship game (at the higher-seeded team) on May 1.

Following is a capsule look at the SWAC spring participants in order of predicted finish:

THE SKINNY: With Alcorn State out of the way, the Bulldogs are favored in the East. They boast a SWAC-high nine preseason all-conference selections. Quarterback Aqeel Glass, the conference’s leading passer for two straight seasons, has his choice in targets with 1,000-yard wide receivers Zabrian Moore and Abdul-Fatai Ibrahim, 2018 standout Brian Jenkins Jr. returning from injury and tight end Kendric Johnson. The defense surprisingly dropped to a No. 9 ranking in the SWAC in 2019, but it should be improved behind defensive end Marcus Cushine and linebacker Armoni Holloway.

THE SKINNY: Jackson State won the offseason considering the attention that has surrounded Coach Prime’s hiring. The Tigers already returned a veteran lineup, including junior linebacker and 2019 SWAC defensive player of the year Keonte Hampton, but Sanders also signed numerous transfers, including his son Shilo, a safety who arrived from South Carolina. With Shilo’s younger brother Shedeur Sanders, an early high school enrollee, not eligible to play this spring, junior quarterback Jalon Jones will open as the starter. The pass blocking must improve considerably, but leading rusher Keshawn Harper (766 yards, 6.2 yards per carry) runs the ball effectively. Make no mistake, the SWAC’s biggest storyline is in Jackson.

THE SKINNY: The Hornets seek their first winning season since 2015. They’ll be led by an experienced defense, which features nose guard Christian Clark and defensive back Naytron Culpepper. The offense will have a new starting quarterback – perhaps redshirt freshman Ryan Nettles or a past junior-college transfer, Chris Scott or Jacob Frazier – but production will come from running back Ezra Gray (1,372 career rushing yards) and wide receiver Michael Jefferson (12 TD receptions as a sophomore). Wins over Alcorn State in 2018 and Grambling State in 2019 reflect how the Hornets have gotten back on track under Hill-Eley.

THE SKINNY: A mere 11-66 in the last seven seasons, Dancy is still trying to improve the overall culture within the program and have his recruiting classes pay off. The Delta Devils felt they were more competitive in 2019 games, losing three times by six or fewer points. Their best player is defensive end/outside linebacker Jerry Garner, who racked up 16 tackles for loss and nine sacks as a junior. The offense has to improve considerably after ranking last in the SWAC in .points and yards. Portland State transfer Jelani Eason is in the quarterback mix that includes returnee Chandler Robinson, a junior.

THE SKINNY: The Jaguars are a clear favorite to repeat in the West Division and hope to take the final step after dropping two straight SWAC championship games to Alcorn State. The defense has a standout in each unit with pass rusher Jordan Lewis (six sacks), linebacker Caleb Carter (81 tackles) and cornerback Tamaurice Smith (five interceptions, eight pass breakups). The offense features quarterback Ladarius Skelton, who accounted for 27 touchdowns (14 rushing) in 2019, and running back Devon Benn. The Jaguars’ rivalry game with Grambling State, which often decides the West Division title, will be played on April 17 in Shreveport, Louisiana.

THE SKINNY: In an astounding scenario, no Grambling player was among the 49 selections on the All-SWAC preseason team. That provides extra motivation for a program that hasn’t finished worse than second place in the West Division each of the last six seasons. Dual-threat quarterback Geremy Hickbottom figures to have a banner senior season in working with a wealth of offensive weapons returning around him, including running backs Kevin Dominque and Keilon Elder and No. 1 wideout Lyndon Rash. The defense is retooled after losing productive players. Its top returning tacklers are defensive backs Kevin Fontenot (50), Devanir Martin (44) and Xavier Lodge (38).

THE SKINNY: Generally, one thinks offense with the Panthers, but they finished second in the SWAC in total defense in 2019 and boast four selections on the all-conference preseason first team: defensive lineman Jason Dumas, linebacker Tre’Shaud Smith and defensive backs Jaylen Harris (four interceptions, 14 pass breakups) and Drake Cheatum. After an injury to starting quarterback Jalen Morton late in the 2019 season, Trazon Connley was a revelation, stepping in to average over 313 yards of total offense and pass for six touchdowns in the final three games. The Panthers have to get better on special teams, especially with place-kicking and punting.

THE SKINNY: After coach Cedric Thomas’ departure following two seasons, Gamble was promoted from assistant head coach and quarterbacks coach. A solid nucleus returns from the 2019 squad, which posted a four-game improvement from 2018. The offense must replace two-time 1,000-yard rusher Taeyler Porter, likely with a healthier Keshawn Williams, and All-SWAC offensive linemen Mark Evans II and Atondre Smith will pave the way for him. Quarterback Skyler Perry gets back wide receivers Harry Ballard and Dejuan Miller, who combined on 17 TD receptions in 2019. The Golden Lions ranked third in the conference against the run, with the defensive line anchored by Xavier Mitchell.

THE SKINNY: McKinney’s second season figures to be more cohesive after the Tigers joined Long Island as the only FCS programs to go winless in 2019. Senior quarterback Devin Williams no longer can rely on 1,000-yard wide receiver Donnie Corley, who has bypassed his senior season to seek an NFL career. The Tigers will run the ball often with the emerging duo of Dominic Franklin and LaDarius Owens. Ball control will be important as the Tigers seek defensive strides after ranking last in the FCS in total defense (553.5 yards per game) and scoring defense (45.5 points per game). Defensive end Michael Badejo is the headliner on defense, but the return of middle linebacker Julian Marcantel from injury is particularly important.