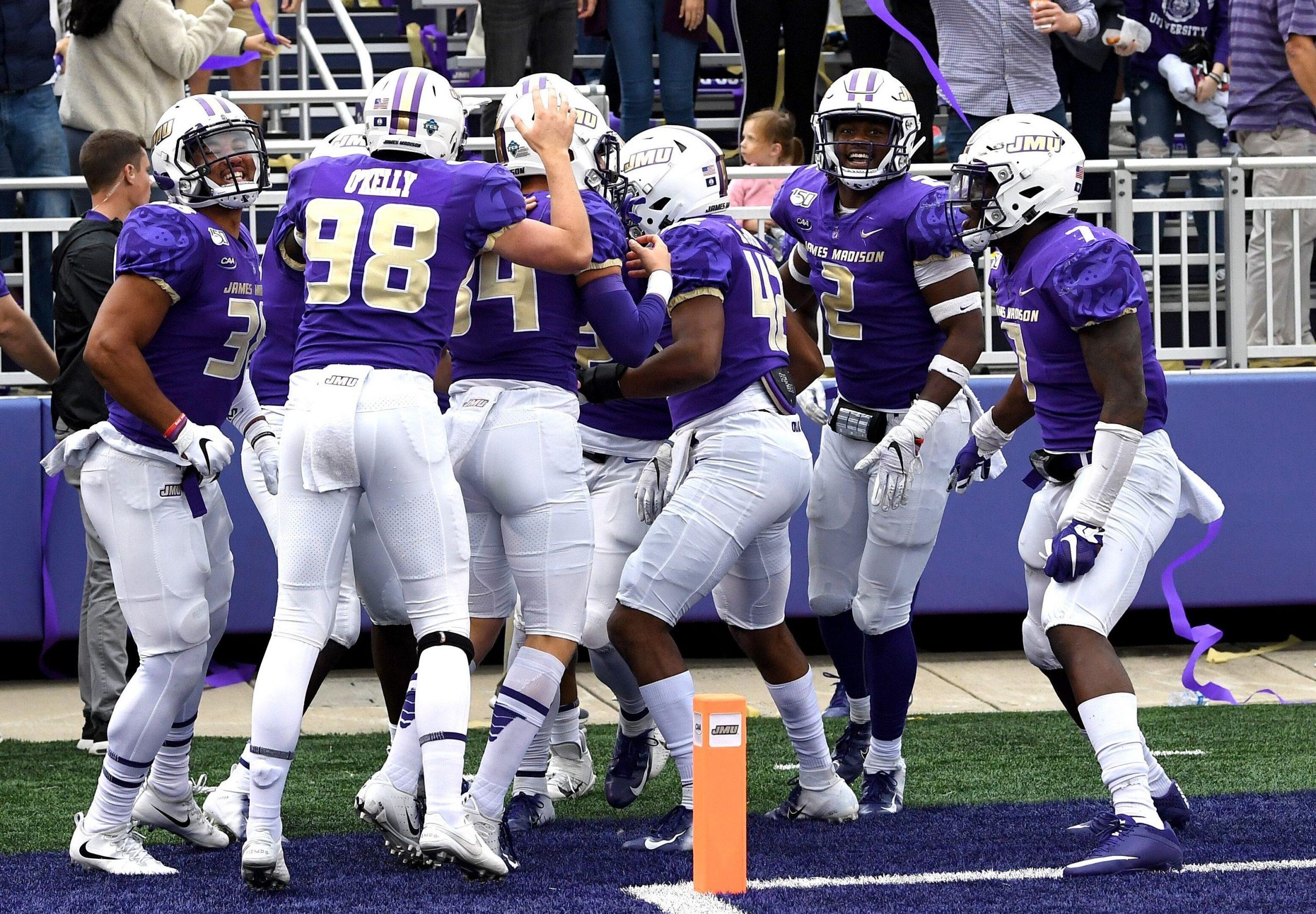 Not all schools have decided to play this spring, but 11 of the 12 in CAA Football – all but Towson – are committed to a season.

The CAA has split into unbalanced North (seven teams) and South (four teams) divisions for a conference schedule that begins on March 5. The North teams are scheduled to face each other once, while the South teams will play a home-and-home series.

All teams also can play up to two nonconference games.

Following is a capsule look at CAA spring participants in order of predicted finish:

THE SKINNY: The Wildcats, ranked eighth in the Stats Perform FCS Preseason Top 25 in August, have lost some key grad transfers in the last year, but a lot of talent remains, led by quarterback Daniel Smith, who accounted for an FCS-high 48 total touchdowns in 2019. Running back Justin Covington was working on five straight 100-yard games when he suffered a knee injury as a junior, but he appears healthy again, backed by super soph DeeWil Barlee. Standout tight end Todd Summers transferred to Duquesne and then back to ‘Nova, and defensive end Malik Fisher decided to remain a Wildcat after entering the NCAA transfer portal. Senior Forrest Rhyne will be one of the top linebackers in the FCS.

THE SKINNY: The Great Danes seek to build off their first FCS playoff win in 2019. In a banner campaign, quarterback Jeff Undercuffler set the FCS single-season freshman record with 41 touchdown passes and finished second in voting for the Stats Perform Jerry Rice Award. While his top wide receivers are gone, the Danes added transfers at the position. Plus, running back Karl Mofor (1,609 yards and 12 touchdowns from scrimmage) is their top offensive weapon. The defense is strong up the middle and returns three players who had over 100 tackles – Levi Metheny (120), Danny Damico (109) and A.J. Mistler (109). The Danes, though, must improve on special teams.

THE SKINNY: McDonnell, a two-time recipient of the Stats Perform FCS Eddie Robinson Award, has returned from medical leave after assistant Ricky Santos led an encouraging 2019 campaign as interim coach. That team had a lot of young talent, including quarterback Max Brosmer, running back Carlos Washington Jr., offensive lineman Patrick Flynn and defensive lineman Niko Kvietkus. But UNH’s best player is safety Evan Horn, who decided to remain in the program after entering the NCAA transfer portal. The Wildcats were the CAA’s lowest-scoring team (20.2-point average) in 2019, so improvement is needed offensively.

THE SKINNY: An experienced Blue Hens’ squad (15 returning starters) appears primed to bounce back from a disappointing 2019 campaign. Having quarterback Nolan Henderson and linebacker Colby Reeder for full seasons after both suffered injuries is pivotal. Running back Will Knight’s transfer in the long offseason was a big loss, but redshirt senior Dejoun Lee is a key returnee in the backfield. The passing game plagued the Blue Hens in 2019 as they allowed 37 sacks and had just six (the FCS low). The work of junior safety Kedrick Whitehead will go a long way with the defense improving a second-to-last ranking in the CAA.

THE SKINNY: The Seawolves’ 2-6 CAA record and 11th-place finish were the low marks of their first seven seasons in the conference. To lead a bounce-back season, senior quarterback Tyquell Fields has to be steadier, and he likely will as he benefits from newcomers, including New Hampshire grad transfer Malik Love (179 career receptions). A strong run game is a staple of the program, and sophomore Ty Son Lawton and junior Seba Nekhet are featured backs to work behind guard Kyle Nunez. The Seawolves are particularly experienced up front and at linebacker, with defensive tackle Sam Kamara back from an injury-plagued 2019 season.

THE SKINNY: Quarterback Joe Fagnano was a revelation after he took over as a true freshman during the 2019 season, throwing 17 touchdowns against only three interceptions in the Black Bears’ final seven games. Some others will have to emerge this spring because the offense is replacing a lot in the skills positions plus All-America tackle Liam Dobson, a graduate transfer. Rutgers transfer running back Elijah Banwell figures to provide an offensive boost. The defense will be physical despite the line having to replace three starters. The defensive headliner is linebacker Deshawn Stevens, the team’s leading tackler in 2018 who missed the ’19 campaign due to injury.

THE SKINNY: URI will feature a lot of new starters after going winless in the CAA in 2019. The quarterback competition includes transfers Brandon Robinson (Liberty) and Kasim Hill (Maryland and Tennessee), but the wide receivers unit is inexperienced. Fifth-year running back Zoe Bryant Jr. is the top returnee in the skills positions. First-year defensive coordinator Jack Cooper hopes to solve a rush defense that was by far the CAA’s worst in 2019, allowing over 244 yards per game on 6.3 yards per game. Junior linebacker Jack Fire (73, third) is the team’s only returnee who finished in the top five in tackles.

THE SKINNY: JMU has won an outright CAA title and played in the FCS championship game (winning in 2016) in three of the last four seasons. The preseason No. 2 Dukes remain FCS royalty, but return only seven starters. Cole Johnson, the longtime backup quarterback, beat out Gage Maloney for the starting job and will want to hand the ball off to the many running backs: seniors Percy Agyei-Obese and Jawon Hamilton and sophomores Solomon Vanhorse and Latrele Palmer rushed for a combined 2,917 yards and 33 TDs when last on the field. Defensive end Mike Greene should have a big senior season, and place-kicker Ethan Ratke (58 career field goals) and punter Harry O’Kelly form one of the better kicking duos in the FCS.

THE SKINNY: Elon must develop consistency in Trisciani’s second season, not allowing potential wins to slip away in the fourth quarter. Quarterback Davis Cheek (5,624 passing yards and 34 TD passes in career), running back Jaylan Thomas and wide receiver Kortez Weeks provide a lot of experience and production on offense. The offense should be ahead of the defense, which is replacing its two best players in 2019 in defensive end Marcus Willoughby and cornerback Greg Liggs Jr. Defensive back Cole Coleman, who led the team with 84 tackles, is a key returnee.

THE SKINNY: The Spiders are only 2-7 against their three divisional opponents during the Huesman era, but seek a big spring behind one of the CAA’s more experienced squads. Junior Kobie Turner is one of the nation’s top defensive ends and linebackers Tyler Dressler and Tristan Wheeler are a terrific combo, each collecting 104 tackles in 2019. Dual-threat quarterback Joe Mancuso (23 total touchdowns) is capable of huge performances and will operate behind a veteran offensive line. The key losses are at wide receiver, although sophomore Isaac Brown will grab a leading role.

THE SKINNY: Youth was served on offense in 2019 when quarterback Hollis Mathis, top receiver Kane Everson and three of the four leading rushers (Mathis, Bronson Yoder, Donavyn Lester) were true freshmen. This spring, the defense is young after the unit lost six players who had at least 29 career starts each. Yoder, a standout kick returner who was a Stats Perform Preseason All-American, will switch to safety, where junior linebacker Trey Watkins, the team’s leading tackler, will lead the maturation process.