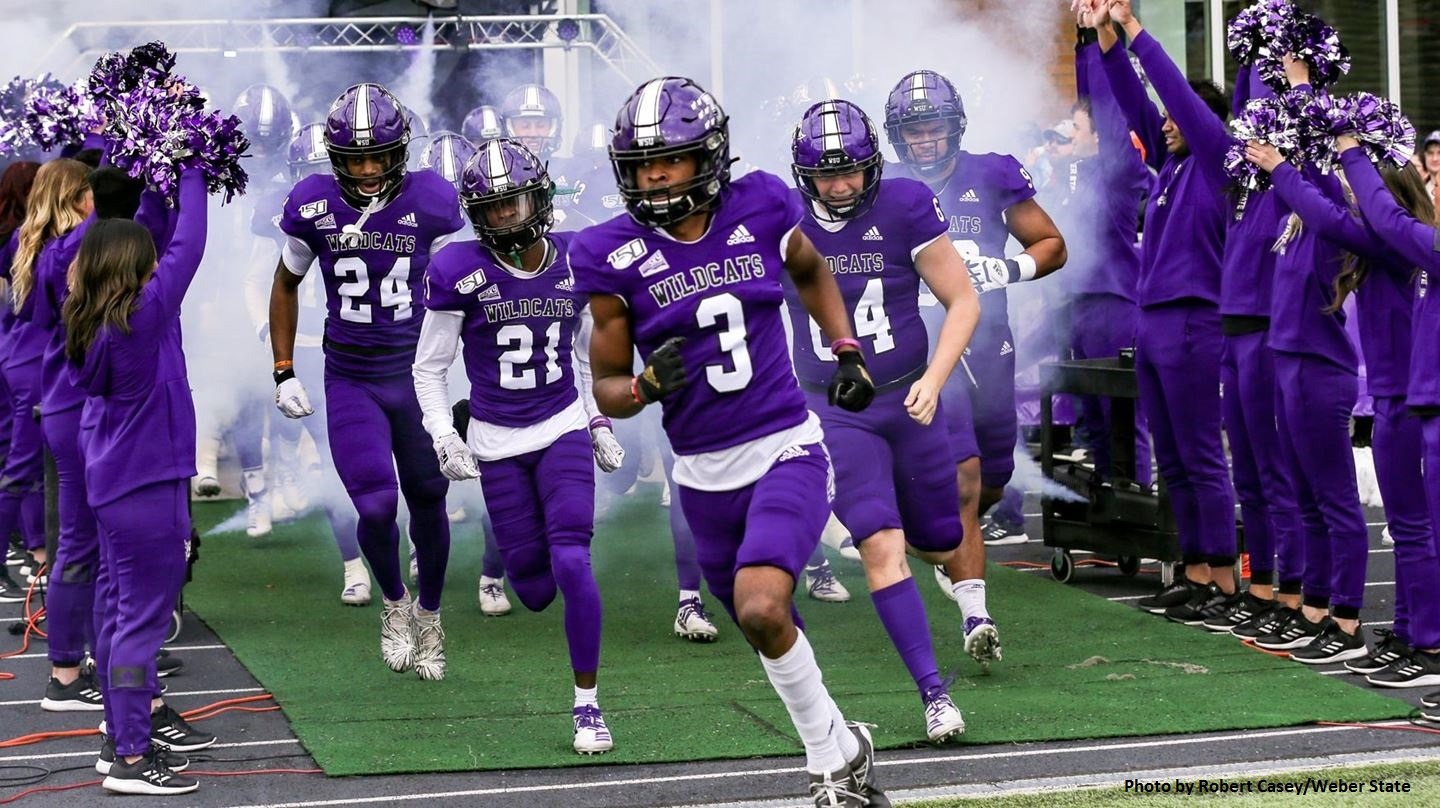 Not all schools have decided to play this spring. In the Big Sky Conference, eight of the 13 programs – not 2019 co-champ Sacramento State, fellow playoff qualifiers Montana and Montana State, and Northern Colorado and Portland State – will play a six-game conference schedule, which begins on Feb. 27.

Following is a capsule look at Big Sky spring participants in order of predicted finish:

THE SKINNY: The Wildcats, ranked fourth in the Stats Perform preseason rankings last August, are the unquestioned favorite to claim a fourth straight Big Sky title. Their lineup boasts nine returning All-Big Sky players. A new starting quarterback – either Middle Tennessee State transfer Randall Johnson or freshman Bronson Barron – will have a plethora of offensive weapons, most notably two-time 1,000-yard rusher Josh Davis, but also running back Kevin Smith Jr. and wide receivers Devon Cooley, Rashid Shaheed and Randal Grimes, a UNLV transfer. All-American Tyler Whitworth anchors the offensive line. The defense has to overcome the loss of defensive ends Jonah Williams and Adam Rodriguez, but George Tarlas lessens the blow by getting a full-time gig, and Jared Schiess mans the D-line’s interior. Trey Tuttle, who made 61 field goals in his first three seasons, is no longer in the program.

THE SKINNY: The 2018 FCS runner-up missed the playoffs in 2019, but extended its run of consecutive winning season to 13 – two behind the active leader, McNeese. Senior quarterback Eric Barriere will run the offense as a leading Stats Perform Walter Payton Award candidate. He’s accounted for 73 passing and rushing TDs in 30 career games. Wide receivers Andrew Boston, Johnny Edwards IV and Talolo Limu-Jones form a productive trio, but the Eagles are replacing four starters on the offensive line (6-foot-6, 325-pound left tackle Tristen Taylor is the anchor). The defense seeks improvement after ranking ninth in the Big Sky in points allowed per game (34.6) and yards allowed per game (445.4) in 2019. Chris Ojoh, a 2018 standout, is back from injury to rejoin fellow linebacker Jack Sendelbach, who, like Taylor, was granted a sixth year of eligibility. The Eagles enter the season with a 14-game home winning streak.

THE SKINNY: After two subpar seasons following their return to the Big Sky, the veteran Vandals hope the third time is the charm. Their defense could be outstanding in the front seven, including a linebacker unit with Charles Akanno, Christian Elliss and Tre Walker – all-conference, if not All-America, possibilities. UConn grad transfer Mike Beaudry, who led West Florida to the 2017 Division II title game, hopes to make a smooth transition behind center. Top rusher Aundre Carter and receiver Jeff Cotton are gone, but Nick Romano and Cutrell Haywood are ready for leading roles, respectively. The Vandals could throw the Big Sky for a spin when they open against Eastern Washington, which they beat inside the Kibbie Dome in 2019.

THE SKINNY: The Aggies disappointed in 2019 and have to replace three-year quarterback Jake Maier, but they will be competitive, if not a dark horse in the conference race. They feature junior running back Ulonzo Gilliam Jr., who’s racked up 2,964 yards and 29 touchdowns from scrimmage in his career, and defensive end Nick Eaton, who’s building off being the conference’s freshman of the year. Hunter Rodrigues, Maier’s 2019 backup, hopes to move into the No. 1 role. In addition to Eaton, the defense had two other players on the Big Sky preseason team, defensive tackle Bryce Rodgers and cornerback Devon King.

THE SKINNY: Talk about a shift in offensive schemes, the Mustangs have gone from the triple option offense under the retired Tim Walsh to Baldwin’s multiple, but pass-heavy offense, with a tight end back in play after a long absence. Sophomore quarterback Jalen Hamler was the 2019 starter and showed good accuracy, but junior Kyle Reid is in the mix as well. With the offense moving from three running backs to one, the lead role goes to Duy Tran-Sampson (1,037 rushing yards, eight touchdowns). Wide receiver Quentin Harrison caught 17 passes in 2019, the only returnee with more than three. Senior linebacker Matt Shotwell has led the team in tackles each of the past two seasons. Baldwin won the 2010 FCS championship at Eastern Washington, and the Mustangs will play there on March 27.

THE SKINNY: It’s impossible to replace quarterback Case Cookus (12,076 career passing yards and 105 TD passes) in Ball’s second season, but the new starter’s job will be made easier by wide receivers Brandon Porter and Hendrix Johnson, who combined for 145 receptions, 2,026 receiving and 15 TD catches in 2019. Heath Beemiller saw the most action behind Cookus. Equally as important is improving the defense after it allowed 41.3 points and 527.2 yards per game. The top three tacklers are back in defensive back Anthony Sweeney and linebackers Harrison Beemiller and Brooklyn Hardiman, plus linebacker Tristen Vance returns from injury after ranking second on the team in 2018. No FCS program is more set in the kicking game: first-team All-America place-kicker Luis Aguilar and first-team All-Big Sky punter D.J. Arnson are seniors.

THE SKINNY: Southern Utah has announced a future move to the Western Athletic Conference in July 2022. The Thunderbirds were Big Sky co-champs in 2017, but have since gone 4-19. They’re hoping the younger players who gained experience over the last two seasons will spark a turnaround. Sophomore quarterback Tyler Skidmore has playing experience already and should work behind a solid offensive line, which is welcome news to running back Thomas Duckett. Still, the T-birds want to spread the ball to wide receivers Lance Lawson (78 receptions in 2019) and Landen Measom (124 career catches). The defense has veterans in the secondary, including top-returning tackler A.J. Stanley at safety, but it has to improve against the run.

THE SKINNY: They’ll be plenty of new starters as Phenicie, who led a winning season in 2018, tries to increase the consistency within the Bengals’ program. The schedule is daunting, including two games against Weber State. The Bengals seek to improve on a minus-11 turnover margin that was the Big Sky’s worst in 2019. Wyoming transfer quarterback Tyler Vander Wall has offensive playmakers in running back Malakai Rango (508 rushing yards) and wide receiver Tanner Conner (48 receptions, 791 yards, 8 TDs). The top four tacklers are gone on defense, but linebacker Oshea Trujillo, who was fifth with 66 stops, is returning.