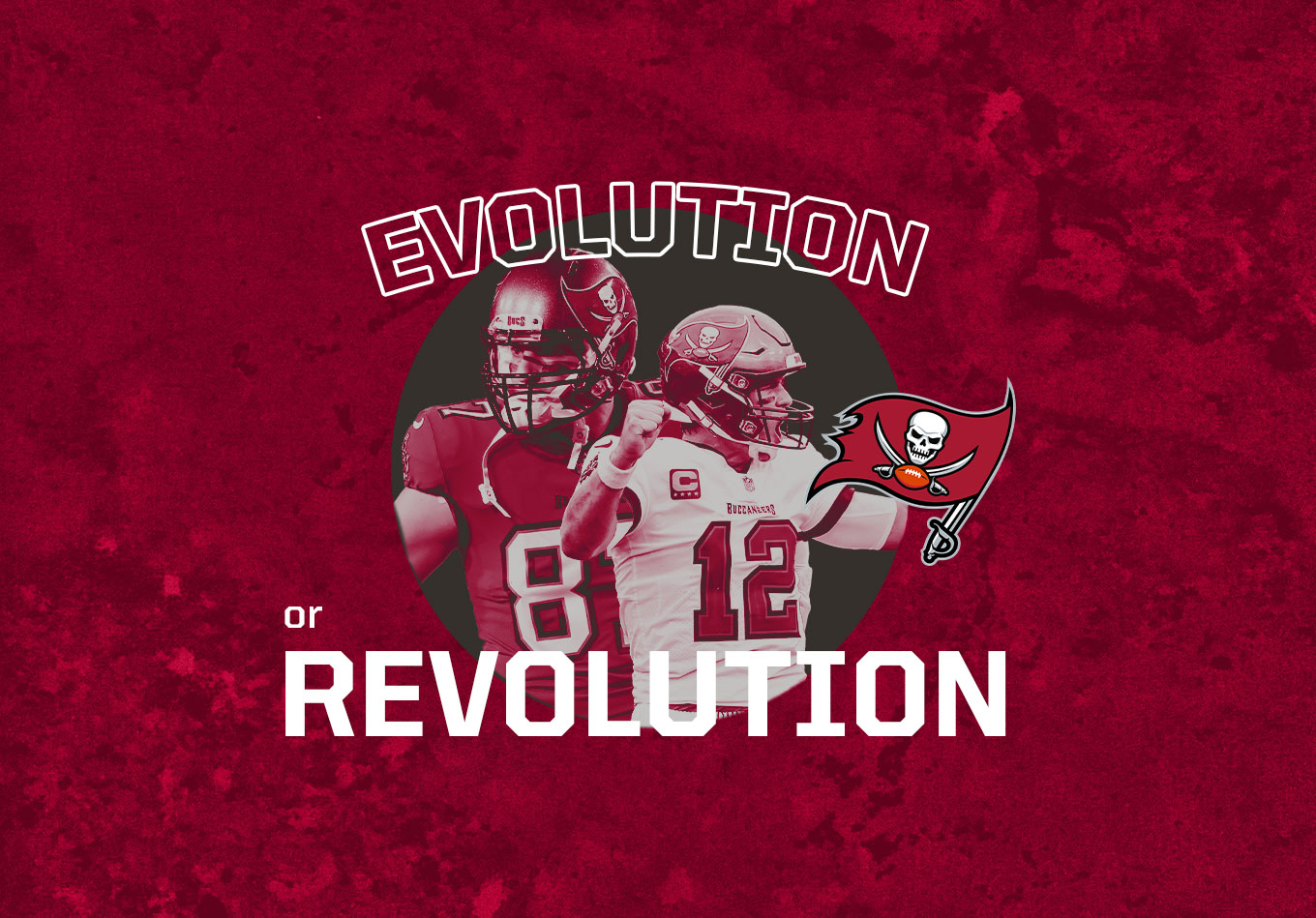 Can the Buccaneers Repeat After Getting the Super Bowl Band Back Together?

In the aftermath of their crushing 31-9 victory over the Kansas City Chiefs, Brady was already speaking on the podium about running it back for another year.

And, having added a seventh Lombardi Trophy to his most impressive of collections, it’s impossible to question the 43-year-old’s confidence in pushing for number eight.

However, the reality is that, regardless of how dominant their playoff campaign was, the Bucs have significant issues to resolve this offseason if they are to emerge triumphant again next February.

Here we reflect on the season that delivered the Buccaneers’ second Super Bowl title and examine the offseason challenges that will be critical to their hopes of successfully defending their crown.

Though Brady’s first season in Bruce Arians’ offense was not without its growing pains, things eventually clicked for the Bucs through the air.

Brady, who signed an extension with Tampa earlier this month, was third in passing yards per game (289.6), behind only Patrick Mahomes and Deshaun Watson. Over the last four weeks of the regular season, however, Brady led the league in pass yards per game, racking up 333.3 as they surged into the postseason.

The move from the New England Patriots to Tampa Bay also revived Brady’s fortunes as a deep-ball thrower. Tampa had 67 completions of 20 yards or more, the third most in the NFL behind the Houston Texans and the Chiefs. He also finished second in the league with a 2.2 pickable pass percentage, which removes the result of the play and only looks at how often a QB throws a pass that could be intercepted.

The Bucs could remain prolific in 2021 after keeping Chris Godwin on the franchise tag to pair with fellow wideout Mike Evans and re-signing tight end Rob Gronkowski to a one-year deal.

Where they will hope to improve next year is in the explosiveness of the running game.

Leonard Fournette, who has been re-signed, was the running back of choice ahead of Ronald Jones down the stretch. Fournette ran for 300 yards and three touchdowns in the playoffs, including one in the Super Bowl. He had five rushes of 10 yards or more in the postseason but, in the regular season, it was a different story.

The Bucs ranked 29th in the NFL with an average of 94.9 yards per game last season, while their 34 runs of 10 yards or more were tied for second-last in the NFL.

Having left guard Ali Marpet and right tackle Tristan Wirfs back on the offensive line should help. Marpet sits ninth in the NFL at 8.0% better than the league average in our 2021 projected OL rankings, while Wirfs is 23rd at 5.9%. The rankings are based on combined run block and pass protection data over the past three seasons. Wirfs’ number is even slightly depressed because he only has one season of data to his name.

Alex Cappa led all right guards with a 0.2 adjusted sack-allowed percentage (AS-A%) before suffering a broken ankle in the playoffs. AS-A% measures a lineman’s tendency to allow rushers to reach the passer.

If Tampa can improve in that regard in 2021, it will take a lot of the pressure off Brady.

Brady may have won Super Bowl MVP for the fifth time, but it was the Bucs’ defense that ensured the Chiefs had no way of coming back into the contest.

They pressured Mahomes 33 times in an effort that derailed the Chiefs’ offensive game plan, with that performance reflective of the dominance the Bucs’ defensive front produced throughout the season.

Indeed, Tampa Bay registered 48 sacks in the regular season, with the 366 negative yards those sacks produced second only to the Pittsburgh Steelers (minus-384). Steve McLendon led all nose tackles with a 4.4 adjusted sack rate, which evaluates how often defenders actually get to the quarterback.

Given the pressure they consistently generated, it is no surprise that the Bucs recorded the fourth-most takeaways in the NFL (25).

A talented young secondary capitalized significantly on the disruption the front seven created, vindicating investment in the defensive backfield that had previously been questioned.

Safety Antoine Winfield enjoyed a stellar rookie year but the star of the show in the secondary was cornerback Carlton Davis, who had four interceptions and 18 pass breakups.

As a result of their ability to create pressure and turnovers, the Bucs ranked eighth in pass yards per play allowed (5.93) last year. Their rush defense was even better, allowing a league-best 3.6 yards per run play.

Excelling at shutting teams down through the air and on the ground, the Bucs were sixth in total defense (327.1 yards allowed per game).

Todd Bowles’ defense was critical to the Bucs emerging with the Lombardi Trophy, but difficult decisions loom as they attempt to keep the group together for another run in 2021. They’ve made a couple of big moves to that end by re-signing linebackers Shaquil Barrett and Lavonte David.

Barrett’s deal to return to the Bucs for $17 million per year was below what many expected for the man whose 13 pressures in Super Bowl LV helped tilt tide for Tampa. The pass rusher’s return was the headline move as the Bucs ensured the core of their title-winning team was kept intact.

After rejecting the chance to potentially set the market at edge rusher, the challenge for Barrett is to maintain the kind of consistency that has seen him rack up the fourth-most pressures (182) since 2019 and ensure multiple Super Bowls are won during the Brady era in Tampa.

Though they’ve locked up a few of their key free agents, wide receiver Antonio Brown remains on the market. Brown, who is tight with Brady, has said recently he’s optimistic that he will work things out and return to the champs.

Having won it all, the Bucs are effectively playing with house money – at least to those outside the building – and have several options with the 32nd overall pick in the NFL draft.

But wide receiver could be the areas of need if Brown remains unsigned for a team that still has some difficult decisions to make.