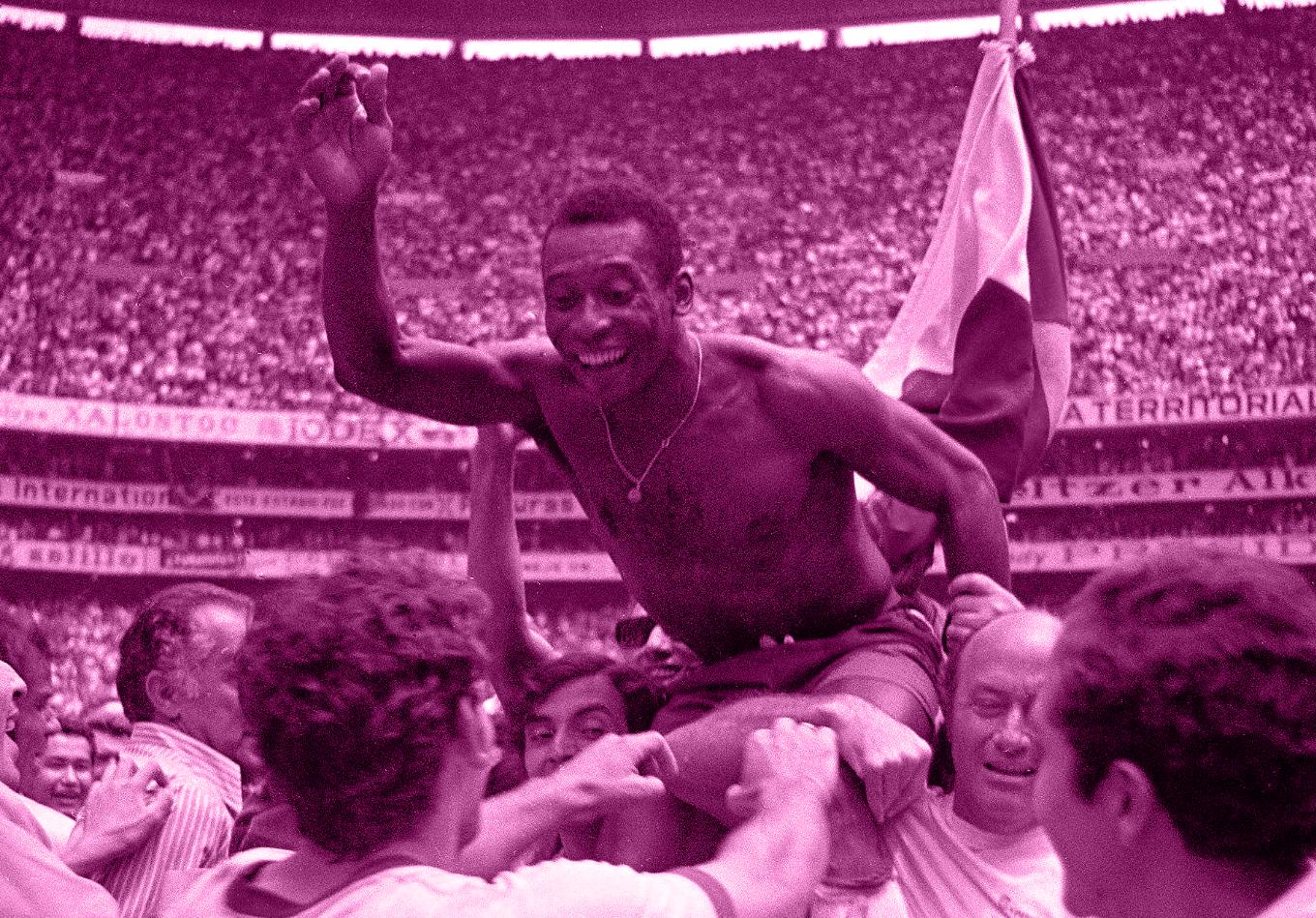 ‘That Was Sheer, Delightful Football’: How Brazil Cemented Football’s Place as the World’s Most Popular Sport

Growing up in England with football in the 1960s and 1970s was very different from today. The foreign superstars playing in English football were from the rest of Great Britain and Ireland, not from mainland Europe or South America. The best teams and players in the world weren’t on TV every week. There was no live football on television apart from the FA Cup final, the home internationals and World Cups. Great Britain was an island, both geographically and in terms of football.

It wasn’t too different across Europe. Live games in domestic or UEFA competitions were not regularly shown. As a result, there was no homogenised football where teams played roughly the same style. There was no internet, no YouTube, no sports channels to catch glimpses of football outside your own country. When a World Cup came around, you saw players you had only read about in books or newspapers. You saw genuinely new things that delighted, enthralled and shocked the viewing audience, such as the famous Cruyff turn, the ticker tape at Estadio Monumental in Buenos Aires and fouls in the opposition half by a “rush goalie” like Ramon Quiroga of Peru.

But nothing stands out in that era as much as the Brazil side of 1970. Still vaunted as the best team ever in some quarters, it’s hard to argue against the claim that they, and their talisman Pelé, had the greatest impact on world football.

From the iconic yellow shirts, blue shorts and white stockings in the first competition to be broadcast live in colour, to their beautiful and effective style of play, Kenneth Wolstenholme’s famous description of their “sheer, delightful football” summed up how Brazil in 1970 captured the hearts of all fans and encapsulated everything great about the world’s favourite sport.

Mário Zagallo became the first man to win the trophy as a player and then as coach. His team was the first since the 1930s to win all their World Cup matches en route to the trophy. Six games, six wins in qualifying. Then six games and six wins at the finals, scoring at a rate of 3.2 goals per game in Mexico. Only one team has averaged more goals per game since 1958 than this brilliant Brazil side, and that was Hungary in 1982 whose average was boosted by a freak 10-1 win over El Salvador. This 1970 Brazil squad scored three or more goals in five of their six matches, a feat only matched in World Cup history by the West German side of 1954.

Jairzinho scored in all six matches becoming the only player to net in every single round at the World Cup finals, and the team needed to be prolific as they only kept one clean sheet in their six matches.

Of course, Brazil are famed for their long-range shooting. Since World Cup ’66, the Seleçao have scored 37 times from outside the box – 11 more than closest rivals Germany and over double any other side. It’s not just quantity, though. It’s quality of shot – only South Korea (6%) have scored with a higher percentage of their attempts from outside the box than Brazil, who have netted one in every 23 attempts (4.4%).

And they have netted 13 times from direct free kicks, more than double any other team at the World Cup in that same period.

Between 1966 and 2018, only nine teams have scored two direct free kicks at a World Cup finals. Four of those teams were Brazilian squads, including the 1970 vintage.

There are so many iconic moments in that 1970 tournament. Some may linger stronger in the memory than others. And Brazil and Pelé were at the heart of most of those. Bobby Moore’s tackle on Jairzinho, Pelé leaping to power home a header for Brazil’s 100th goal at the World Cup finals and another header by the world’s greatest footballer to force arguably the best save of all time by Gordon Banks. There was Pelé’s audacious shot from his own half (59 yards) against Czechoslovakia which narrowly missed, and that wasn’t even his longest attempt as he failed with a shot from 75 yards against Uruguay. The Uruguayans were also on the end of one of the most outrageous dummies ever seen as Pelé ran toward a pass with the goalkeeper advancing and then let the ball run across between them, confounding the ‘keeper by running straight past, retrieving the ball, only to screw his shot wide and deny us one of the most outrageous goals of all time.

And of course, one of the most iconic goals in football history as Brazil netted their fourth goal in the final against Italy courtesy of Carlos Alberto. That goal was the epitome of the style that team oozed. A patient build-up, then devastating speed and clinical efficiency in front of goal:

That goal saw nine passes but was typical of Brazil’s measured build-up. They averaged far more sequences of 10 passes or more than any other team at the 1970 finals:

And as you can see below, they were prepared to hang on to the ball to find the right moment to strike, performing with the grace and rhythm of a slow, quick, quick Samba:

That fourth and final goal against Italy was inevitably set up by Pelé. That assist was his sixth of the tournament and remains a record tally for a single World Cup tournament. He created 28 chances in total, 27 from open play. Only Johan Cruyff (29) in 1974 has created more in a single tournament since 1970, having played a game more.

Pelé scored four goals with those six assists and was the second-most prolific player measured by attacking contribution at the 1970 World Cup when combining expected goals and expected assists per 90 minutes. He was narrowly behind Gerd Müller (who scored 10 goals), but as seen below, those two are way out ahead of anyone else in the tournament for that xG+xA combination:

It wasn’t all grace and guile though from the three-time World Cup winner. Having been fouled repeatedly and injured in both the 1962 and 1966 editions, Pelé certainly showed he knew how to look after himself in 1970. Only five players since 1966 have committed more fouls in a single tournament than the 23 the Brazilian playmaker was penalised for in the 1970 edition.

Pelé retired from international football in 1971 and Brazil have spent many years since trying to emulate that 1970 team’s iconic achievement, with limited success. Although they won the World Cup in 1994 and again in 2002, there were criticisms of those teams’ styles of play, while the beautiful attacking flair of the squads of 1982 and 1986 ultimately went unrewarded as they were knocked out of the tournament early.

Perhaps Andy Warhol was right when he said: “Pelé is one of the few who contradicted my theory: instead of fifteen minutes of fame, he will have fifteen centuries.”

The numbers give us a few more discussion points as those conversations stretch on.